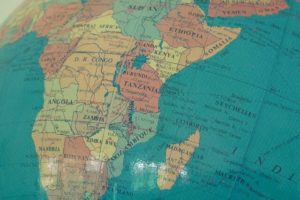 The Colonization of Africa: During the 19th-20th centuries, the African continent was colonized mainly by European powers like Britain, France, Spain, Portugal, and Russia. What was colonization? Colonialization is the action by which a foreign power occupies another country, and then exploit the economic resources of the occupied country for benefit of their native land (foreign country). […] 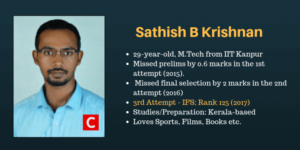 “Be like water”, says, Sathish B Krishnan Rank 125 in UPSC Civil Services Exam 2017.  Sathish believes that aspirants should not confine himself/herself to any particular style/method alone. He also warns against sacrificing aspirants’ happiness and pleasures completely for a single goal like clearing UPSC CSE. Sathish was totally different from his fellow aspirants in […]