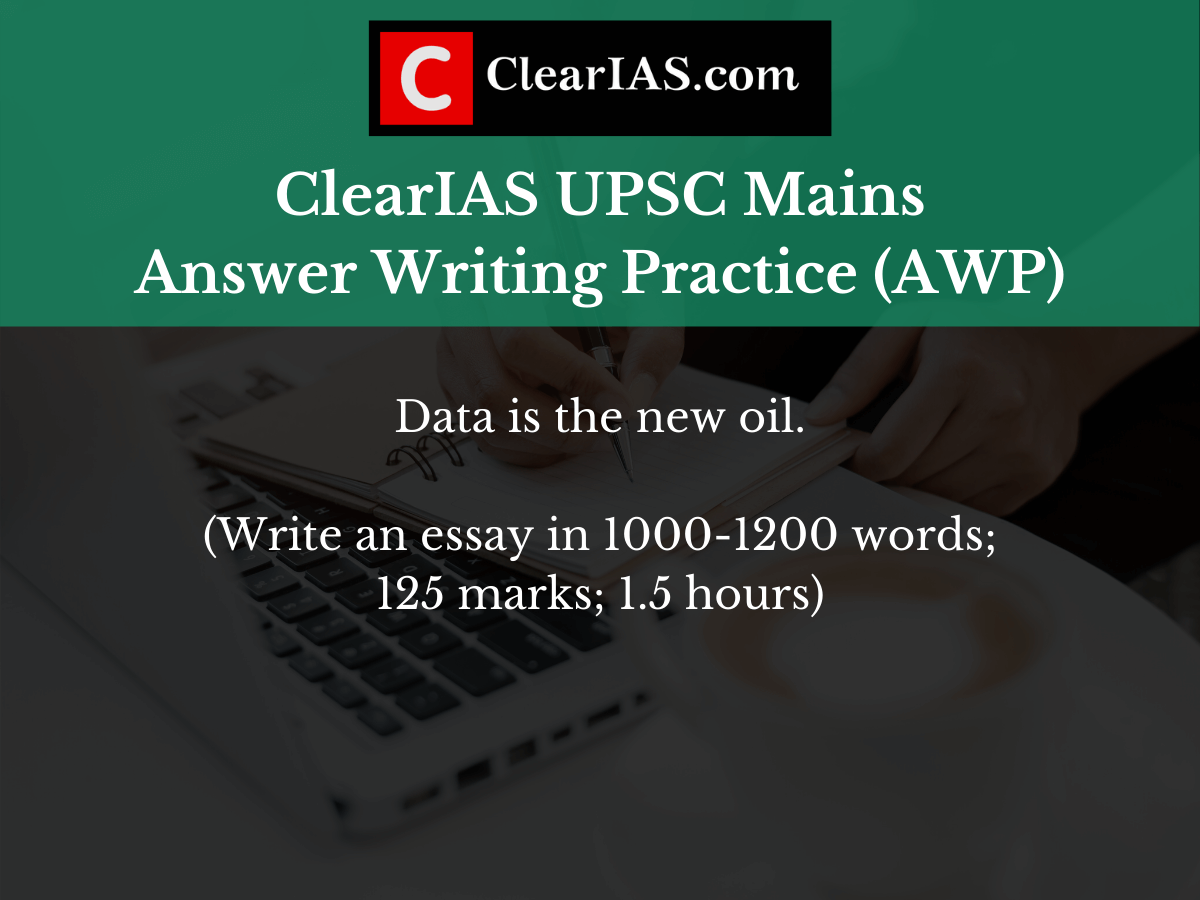 Data is the new oil.