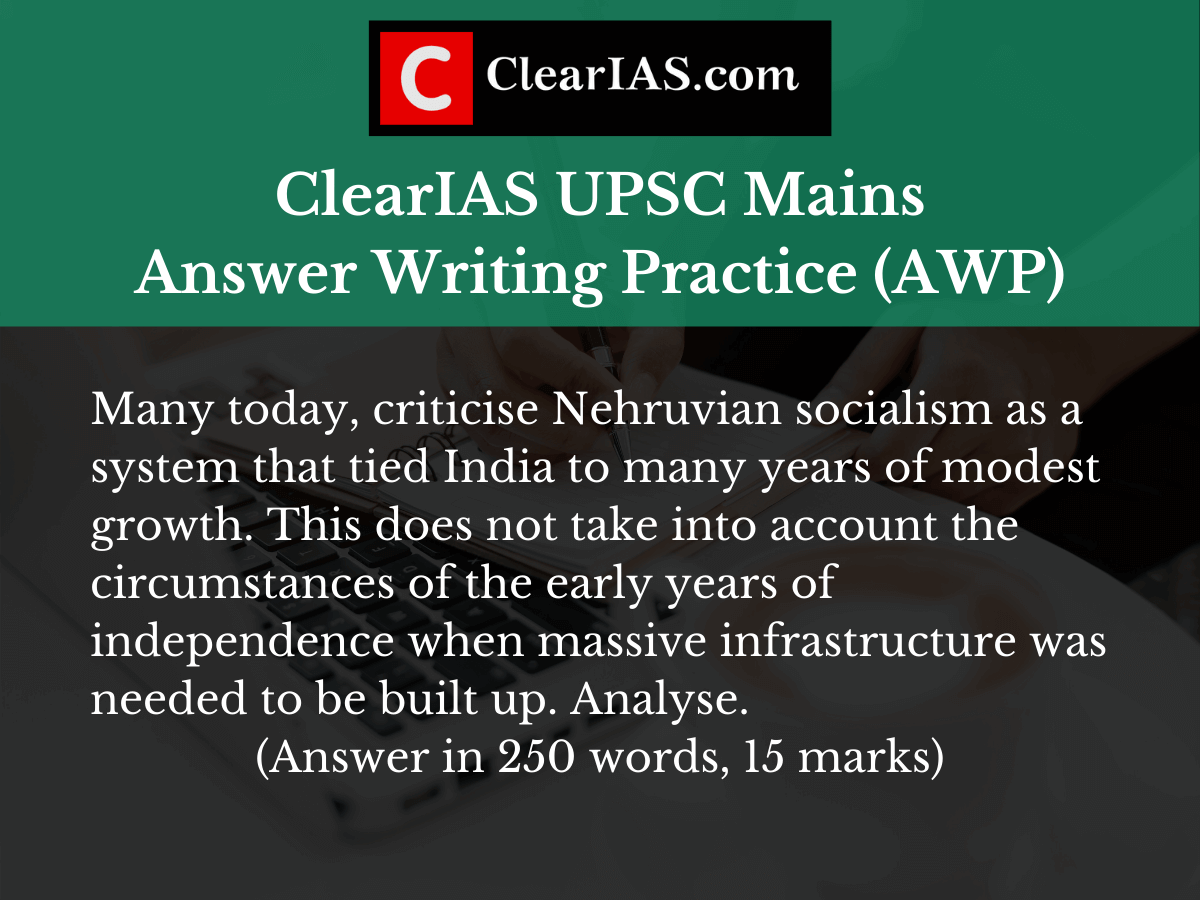 Many today, criticise Nehruvian socialism as a system that tied India to many years of modest growth. This does not take into account the circumstances of the early years of independence when massive infrastructure was needed to be built up. Analyse.