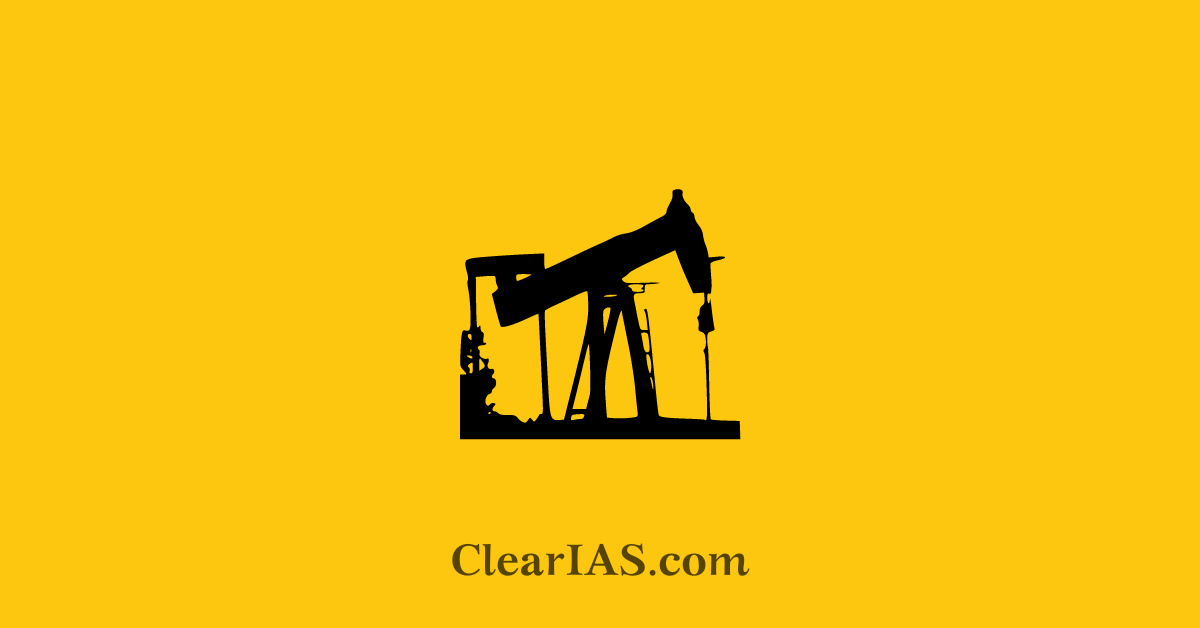 The oil and gas sector is among the eight core industries in India which has a significant impact on all other significant economic sectors. India is the world’s third-largest oil consumer and the oil demand is steadily growing each year at 3-4 %. Read here to learn more about the oil and gas industry of the country.

The need for oil and gas is expected to rise as a result of the direct connection between India’s economic growth and its energy needs, making the industry highly favorable for investment.

As of 2021, India remained the third-largest oil consumer in the world.

The Government has adopted several policies to fulfill the increasing demand. It has allowed 100% foreign direct investment (FDI) in many segments of the sector, including natural gas, petroleum products, and refineries, among others.

Oil and gas industry in India

The first oil resources in India were found close to the town of Digboi in the state of Assam in 1889, launching the nation’s petroleum industry.

With the discovery of gas reserves in Assam and Maharashtra in the 1960s, the natural gas industry in India got its start (Mumbai High Field).

The Government has adopted several policies to fulfill the increasing demand. It has allowed 100% foreign direct investment (FDI) in many segments of the sector, including natural gas, petroleum products, and refineries, among others.

According to the IEA (India Energy Outlook 2021), primary energy demand is expected to nearly double to 1,123 million tonnes of oil equivalent, as India’s gross domestic product (GDP) is expected to increase to US$ 8.6 trillion by 2040.

India is expected to be one of the largest contributors to non-OECD petroleum consumption growth globally.

India plans to almost double its oil refining capacity to 450 MT in the next 10 years to meet the rising domestic fuel demand as well as cater to the export market.

The Oil and Gas industry in India is set for a sea change with recent developmental ambitions of the Government of India:

The Government has advanced the target of achieving 20% blended ethanol by 2025, which is commonly known as the E20 target.

According to the Petroleum Planning and Analysis Cell (PPAC), India imported 212.2 million tonnes of crude oil in 2021-22, up from 196.5 million tonnes in the previous year.

The Netherlands has emerged as India’s third largest export destination after US and UAE.

India has been seeing an increase in oil exports, especially at a time when the Russia-Ukraine conflict has upset the oil economies around the globe.

Government initiatives for the oil and gas industry

Some of the major initiatives taken by the Government of India to promote the oil and gas sector are:

One Nation One Gas Grid

The energy demand of India is anticipated to grow faster than the energy demand of all major economies globally on the back of continued robust economic growth. Moreover, the country’s share in global primary energy consumption is projected to increase twofold by 2035.

India needs to concentrate on decreasing its dependence on imports by facilitating more domestic production and expanding the India-owned exploration assets overseas.

Alternatively, the green energy sector should also be simultaneously advanced to meet the increasing power demands. This will also help in honoring the Paris agreement commitments.