India, being a federal republic, needs co-ordination between the Center and the States in many political, administrative and governance affairs. In order to avoid conflicts, division of powers is clearly specified through the three lists in Schedule 7 ie. Union list, State list and Concurrent List. Inter State Council and National Development Council are other […]

Foreign or International Relations (IR) of India comes under UPSC Civil Services Mains General Studies Paper 2. India’s external relations with respect to other countries and international organizations is the point of focus here. India’s diaspora (NRIs and PIOs) is also an area of priority. Now let’s see what are the major areas that should never […] 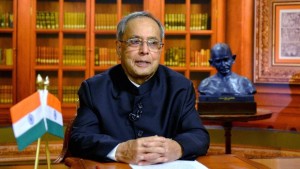 Indian President is not a ceremonial head, unlike many other countries. All important decisions regarding the country are taken in the name of Indian President, though most of these will be based on the binding advice given by Council of Ministers(CoM), as per Article 74 of Indian Constitution. But there are certain exceptions, where he […]