Goods and Service Tax (GST) is a single tax on the supply of goods and services, right from the manufacturer to the consumer. GST is one indirect tax for the whole nation, which will make India one unified common market.

The benefits of Goods and Service Tax (GST)

GST is beneficial not only for the business and industry but also for the government and consumers. Here, we bring the ten benefits of Goods and Service Tax (GST).

A robust and comprehensive IT system would be the foundation of the GST regime in India. Therefore, all taxpayer services such as registrations, returns, payments, etc. would be available to the taxpayers online, which would make compliance easy and transparent.

2. Uniformity of tax rates and structures:

A system of seamless tax credits throughout the value-chain, and across boundaries of States, would ensure that there is minimal cascading of taxes. This would reduce the hidden costs of doing business.

Reduction in transaction costs of doing business would eventually lead to improved competitiveness for the trade and industry. World Bank believes that the implementation of the Goods and Service Tax (GST), combined with the dismantling of inter-state check-posts, is the most crucial reform that could improve the competitiveness of India’s manufacturing sector.

5. Gain to manufacturers and exporters:

The subsuming of major Central and State taxes in GST, complete and comprehensive set-off of input goods and services and phasing out of Central Sales Tax (CST) would reduce the cost of locally manufactured goods and services. This will increase the competitiveness of Indian goods and services in the international market and give a boost to Indian exports. The uniformity in tax rates and procedures across the country will also go a long way in reducing compliance costs.

6. Simple and easy to administer:

GST will result in better tax compliance due to a robust IT infrastructure. Due to the seamless transfer of input tax credit from one stage to another in the chain of value addition, there is an in-built mechanism in the design of GST that would incentivize tax compliance by traders.

GST is expected to decrease the cost of collection of tax revenues of the Government, and will, therefore, lead to higher revenue efficiency. 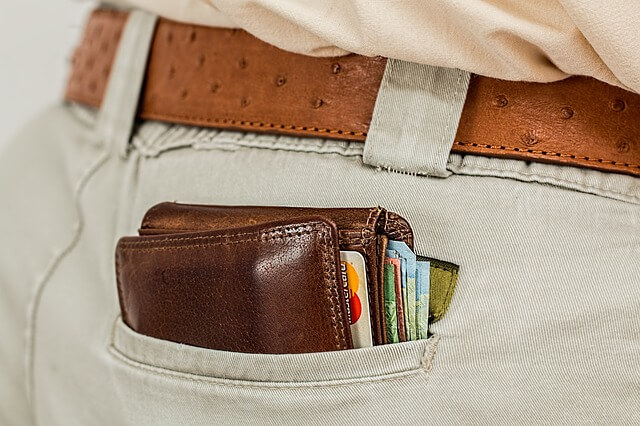 9. Single and transparent tax proportionate to the value of goods and services:

Due to multiple indirect taxes being levied by the Centre and State, with incomplete or no input tax credits available at progressive stages of value addition, the cost of most goods and services in the country today is laden with many hidden taxes. Under GST, there would be only one tax from the manufacturer to the consumer, leading to transparency of taxes paid to the final consumer.

10. Relief in the overall tax burden:

Credits of input taxes paid at each stage will be available in the subsequent stage of value addition, which makes GST essentially a tax only on value addition at each stage. Because of efficiency gains and the prevention of leakages, the overall tax burden on most commodities will come down, which will benefit consumers. The final consumer will thus bear only the GST charged by the last dealer in the supply chain, with set-off benefits at all the previous stages. 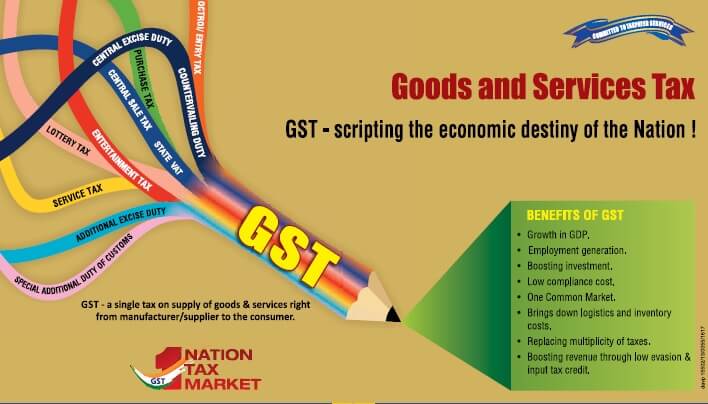 GST has been so designed that credit of taxes paid at every stage of value addition from the point of manufacture to the point of consumption, can be availed at the next stage. GST is essentially a tax on value addition, and there is a seamless transfer of input tax credit across the value chain. GST will simplify and harmonise the indirect tax regime in the country.

It is expected to reduce the cost of production and inflation in the economy, thereby making Indian trade and industry more competitive, domestically as well as internationally. It is also expected that the introduction of GST will foster a common or seamless Indian market and contribute significantly to the growth of the economy. Further, GST will broaden the tax base, and result in better tax compliance due to a robust IT infrastructure. Due to the seamless transfer of input tax credit from one stage to another in the chain of value addition, there is an in-built mechanism in the design of GST that would incentivize tax compliance by traders.