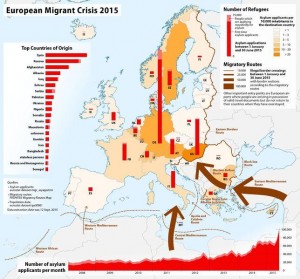 Huge number of refugees and migrants have been shifting to Europe, from many countries like Syria, particularly since 2011. They see Europian Union (EU) as their asylum. With more number of refugees coming in at a time when the natives don’t want any more, the whole situation has developed into a crisis. This crisis is called European Refugee Crisis. The refugees […]