Huge number of refugees and migrants have been shifting to Europe, from many countries like Syria, particularly since 2011. They see Europian Union (EU) as their asylum. With more number of refugees coming in at a time when the natives don’t want any more, the whole situation has developed into a crisis. This crisis is called European Refugee Crisis.

The refugees are not only from Syria!

More than 5 Lakh people have crossed to Europe by sea and land. Most of them are from Syria – troubled not only by civil war, but also by the most violent and inhumane atrocities by ISIS. But Syria is not the single source. They come from areas such as the Middle East (Syria, Iraq), Africa (Eritrea, Nigeria, Somalia, Sudan, Gambia), South Asia and Central Asia. According to International Organisation for Migration (IOM) statistics, a substantial number of refugees are also from Afghanistan and Pakistan too due to unending civil conflicts in these countries. 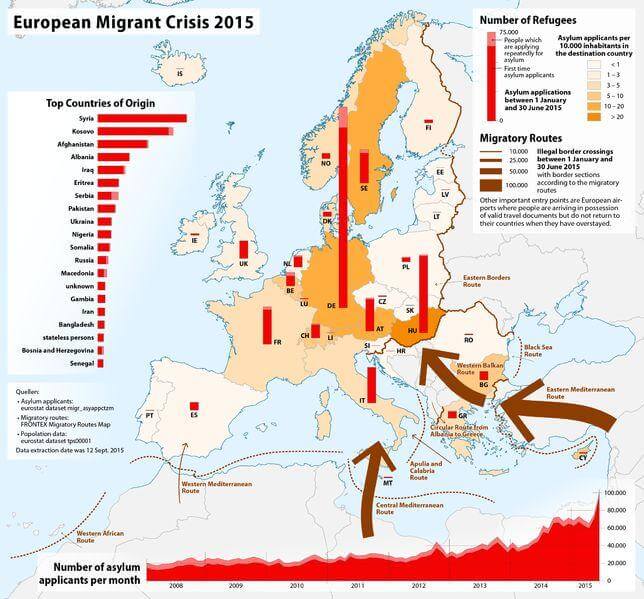 This figures stand as a witness that this crisis didn’t started only after ISIS emerged. The increasing number of unaccompanied minors seeking asylum in Europe is seen as a dangerous growing trend among refugees. In 2014 alone around 24,000 unaccompanied minors applied for asylum. Many of the children who arrive are at the age group of 15 to 17 with no formal schooling adding more headaches to host countries.

The European Response to Migrant Crisis 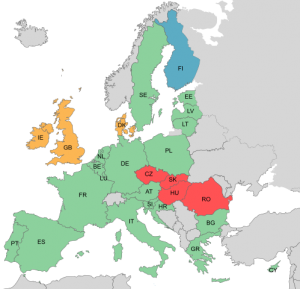 Germany and the EU have been pushing for other EU members to work out a plan for asylum seekers. Britain leads among countries which strictly rejects it. The Right-Wing PM of Hungary has appealed to refugees not to try and cross into Hungary which has fenced its borders with razor wire. Bulgaria, Czech, Slovakia and Poland all are reluctant in taking of refugees making the situation grave. Germany is expected to give green signal to almost 1 million applicants for asylum. After extensive criticisms by Media on Refugee crisis, EU has started to take few favourable steps.  Initially Europe greeted immigrants with barbed wires, tear gas and police brutality. Only after huge outcry across International media and from human rights and progressive organisations within Europe, eased the curbs on refugees.

Aylan: Another incident which helped to garner pro- refugee sentiments was photo of dead child Aylan on a beach. A mishap happened from his father who accidently dropped him from an overcrowded boat while trying to escape. These photos send jitters across world and thanks to social media which made sure that this photo was seen by everyone who has an account. Also Pope Francis statement that every Church in Europe should take a refugee family has given hope to many that it may change the mood in European Right Wing’s mind. Countries have started to take more refugees peacefully now. European people have been welcoming refugees with water, food, shoes and blankets. Though Italy, Greece and Hungary are the frontline countries of reception, most sort after destinations are Germany, Sweden, Austria and Switzerland.

Europe is the most preferred destination for the people from this war conflicted regions as its economically prosperous, socially secure and has friendly immigration laws. Mostly it’s not because refugees are opportunists that they walk to EU but it’s due to dangerous situation they and their families has to live. Endless wars, conflicts have ruined their countries political, economic and social equilibrium. Also it’s surprising why GCC countries never have been helpful or receptive to refugee crisis especially when it’s happening in their backyard. Rich countries like Saudi Arabia and Qatar has to play more pro- active roles in this situation. So obviously Europe as nearest land seems to be their immediate hope to go as they can trek or use boats or ships to reach.

Syrian Conflict have been going on for 4 years but why suddenly this crisis?

West in a way with its narrow minded Foreign Policy have destabilized West Asia and Middle East and now cannot show their back on refugee crisis.

Finding a formula based solution which will end all tyranny is not practical but it’s time that Europe and US sit together and re-check their neo imperialistic and double faced foreign policies in West Asia and Middle East. Also Western powers should stop Saudi Arabia from funding Wahhabis ideology being spread in Middle East society which is resulting in more Islamic fundamentalism helping organisations like ISIS and Boko—Haram.

To all those who oppose to support refuges,“Recognize yourself in he and she who are not like you and me.”   – Carlos Fuentes.