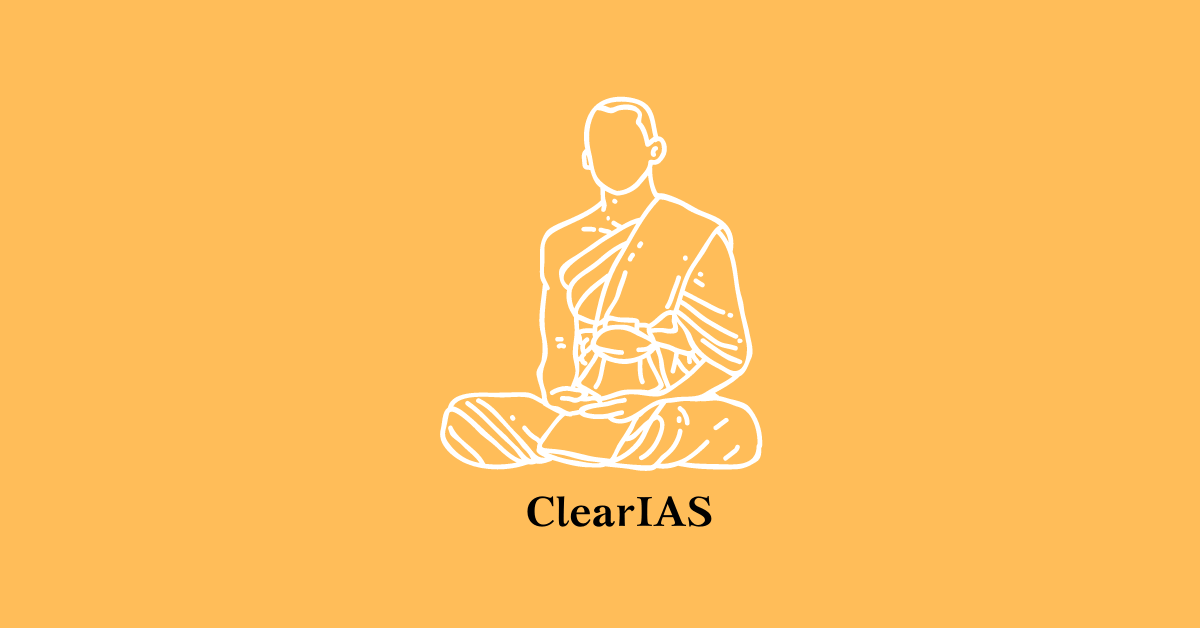 UPSC has been constantly asking questions from Buddhism and Jainism. With regard to Buddhism, the focus has shifted to concepts like Bodhisattvas. Following is a brief idea about Bodhisattvas to help students attempt UPSC CSE questions related to it.

Bodhisattva is an important concept in Buddhism.

It is broadly understood as the attainment of a mindset (chitta) like Buddha.

Who is a Bodhisattva?

A bodhisattva is someone who has compassion within himself or herself and who is able to make another person smile or help someone suffer less. Every one of us is capable of this. ~ Thich Nhat Hanh

The ideal of Bodhisattva beholds the highest moral principle of intellect and discipline in Buddhism for the sake of happiness of all the other beings.

However, the concept is seen with slight variation in different schools of Buddhism.

To make it simple, while Bodhisattva path is an optional path for a heroic few like Sidharth Gautama Budha in Theravāda (or Hinayana sect) it is a normative path in Mahāyāna.

Four Virtues of a Bodhisattva (The Brahmaviharas)

When a living being (sattva) develops the state of enlightenment (bodhi), that person exhibits four Buddhist virtues, also known as Brahmaviharas. These four Brahmaviharas are as following:

There are 8 important Bodhisattvas who represent different aspects of Buddha. They are as following:

Note: Image worship and deification is a central feature of Bodhisattva cult. The picture above shows the iconography of Bodhisattva Avalokiteshwara (Source: Vajra Publications: https://pages.vassar.edu/embodyingcompassion/iconography/)

Paramitas or Path to Perfection for becoming a Bodhisattva

A Bodhisattva practices paramita to become a Buddha by developing goodness to others without any trace of selfish behaviour.

Paramita, or perfection in Buddhism is associated with noble qualities that are found in Buddha-like enlightened beings.

According to many traditions within Mahāyāna Buddhism, on the way to becoming a Buddha, a bodhisattva proceeds through ten, or sometimes fourteen, grounds or bhumis. Below is the list of the ten prominent bhumis and their descriptions:

After the ten bhūmis, according to Mahāyāna Buddhism, one attains complete enlightenment and becomes a Buddha.

Paramitas in Buddhism and Pancha Parameshthi in Jainism

Arihants: The word comes from ari (enemy) and hant (to destroy). An Arihanta destroys the vices that arises within the mind and body like anger and gree. This is the highest authority in Jainism that attract a lot of veneration for the highest form of penance that it practices.

Sidhhas: These are the souls that have gained emancipation and are free from the cycles of birth and death. Arihants eventually become sidhhas but they are revered more as they encourage others to follow the noble path.

Acharyas: These are the heads of different orders in Jainism. They lead the groups of monks, nuns, ordinary women and men. They direct the functions of the order and maintain discipline in the Sangh.

Upadhyayas: These are the authorities on scriptures of Jainism. They disseminate knowledge among people.

With reference to the religious history of India, consider the following statements :

With reference to Indian history, who among the following is a future Buddha, yet to come to save the world?

Which of the above is/ are the feature/ features of Mahayana Buddhism?

With reference to the cultural history of India, which one of the following is the correct description of the term ‘paramitas’?

(a) The earliest dharmashastra texts are written in aphoristic (Sutra) style

(b) Philosophical schools that did not accept the authority of Vedas.

(c) Perfections whose attainment led to the Bodhisattva path