Even though our country is blessed with wide varieties of soils with high fertility, it is being degraded day by day by various natural and human activities. Farmers in India are complaining about low productivity because of various reasons and soil degradation is one of them. Loss of soil fertility results in low productivity. It also results in high cost-of-production, low income, food scarcity, loss of biodiversity etc. As food security is a major concern, India has to overcome the challenge of low productivity due to soil degradation. Conservation of soil is the only way to override this problem. 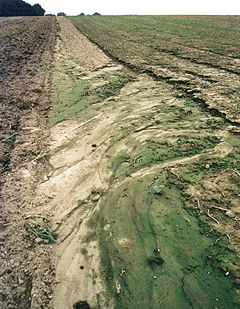 Model question based on soil conservation for UPSC Prelims

Qn 1: Among the statements given below, identify the correct statement(s):

Explanation: In case of sheet erosion, there will be a uniform removal of the top soil just like a sheet.