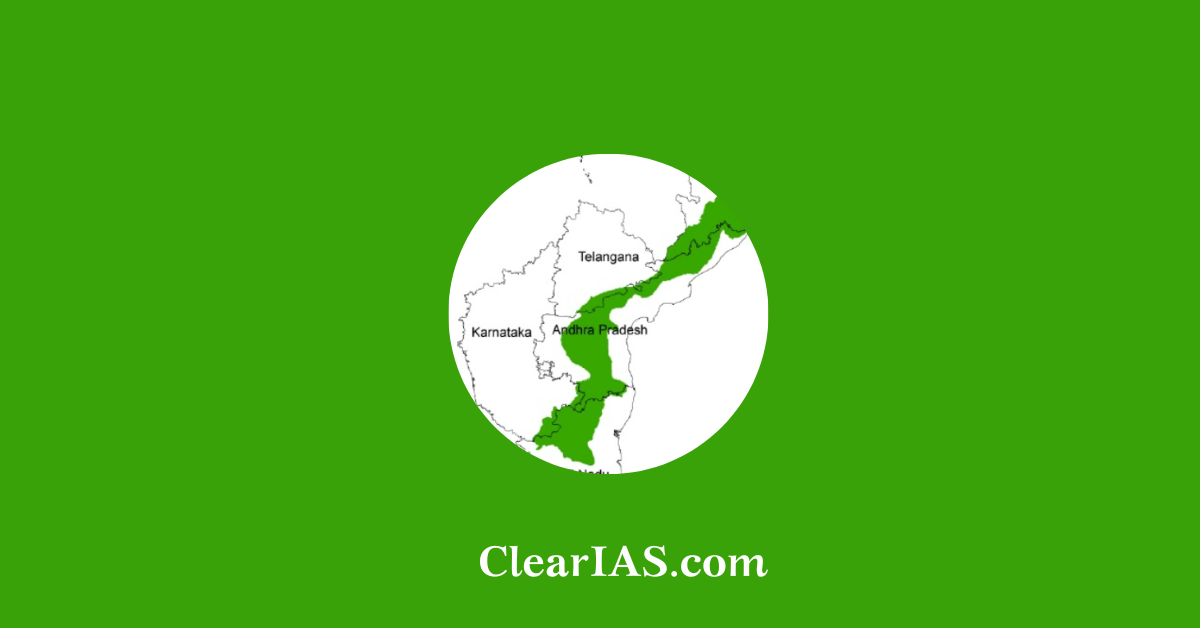 In the south, the Eastern Ghats are also referred to as Purva Ghat, Mahendra Parvatam, or Kizahakku Thodarchi Malai. Compared to the Western Ghats, they are much older.

They receive less rainfall than the Western Ghats since they are parallel to the Bay of Bengal monsoon.

What are Eastern Ghats?

The Eastern Ghats are a collection of irregularly shaped low ranges that typically run parallel to the Bay of Bengal’s shoreline from northeast to southwest.

With the isolated hill ranges lining the eastern edge of the Deccan plateau and coastal plain, they are “tors” of geological antiquity.

The Dandakaranya region between the Mahanadi and Godavari rivers is home to the biggest single sector, which is the relic of an old mountain range that was eroded and then revived.

States and Union Territories under the Eastern Ghats

Mountains in the Eastern Ghats

The climate of Eastern Ghats

Protected Areas in the mountains region

Biological diversity in the Eastern Ghats