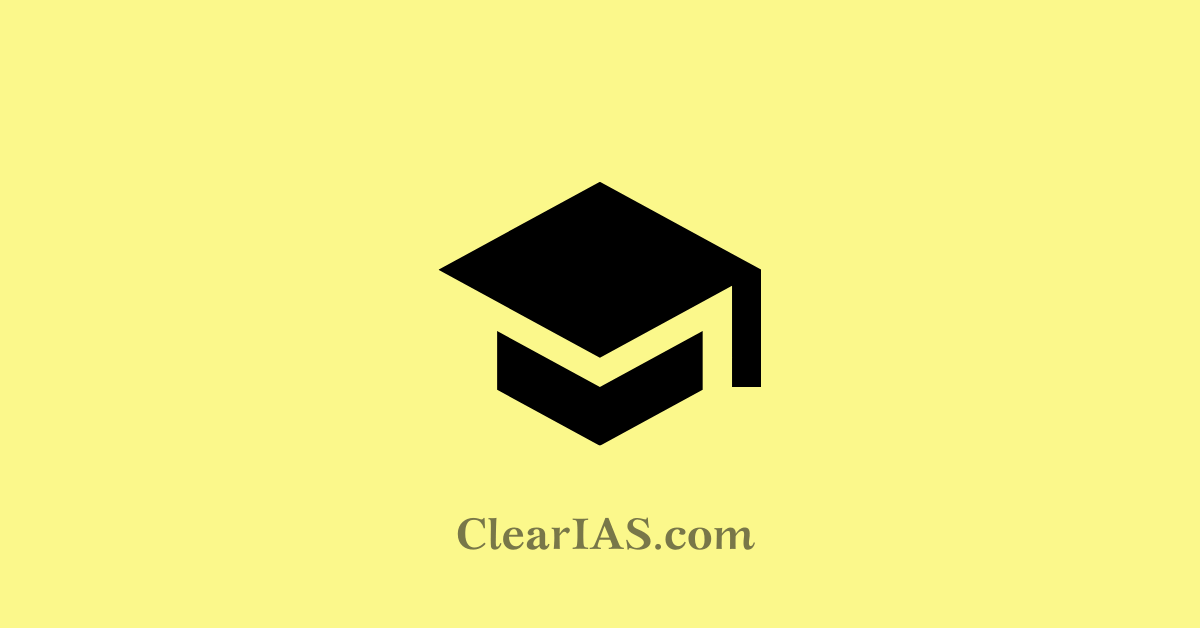 The education system that existed in ancient and medieval India was prominently that of the ‘Gurukula’ type. In this system, students lived with the teacher or ‘guru’ in the same house. However, even at that time, India was reputed for many global universities like Nalanda.

The colonial conquest led to the fall of the education system in India. For the initial sixty-odd years, the British did not pay any heed to advancing the education system in the country. As their territory increased and they started to control the revenue and administration, the need for educating the Indians in English became a necessity to procure manpower.

Later, the Brtish started on a mission to abolish the ancient gurukulam system and sowed seeds for the cultural and linguistic upheaval of the country.

The History of Education policies in British India can be classified into two – before 1857 (under the English East India Company) and after 1857 (under the British Crown).

Education policies in India under the English East India Company

1784: Asiatic Society of Bengal was founded by William Jones to understand and study the history and culture of India. During this period Charles Wilkins translated Bhagwat Gita to English.

1791: The resident of Benares, Jonathan Duncan founded the Sanskrit college for the study of Hindu laws and philosophies.

1800: Governor-General Richard Wellesley founded the Fort William College in Calcutta to train the civil servants of EIC in Indian languages and customs. But this college was closed in 1802 due to disapproval of the British administration in England on Indianising the English civil servants.

This was the first noted step towards modern education in the country by the British. This act set aside an annual sum of Rs.1 lakh to be used in educating the Indian subjects.

During all this time the Christian missionaries were active in mass educating the people but they concentrated more on religious teachings and conversions.

Governor-General William Bentick’s tenure saw more funds being allocated to education, and the policies were based on the recommendation of Macauley’s minute.

We have to remember that Thomas Macauley had no knowledge or value for Indian and oriental literature and considered western science to be superior to all. He had famously said that “a single shelf of a good European library was worth the whole native literature of India and Arabia”.

The gist of the minute is:

1843-53: James Jonathan experiment in North West province where he introduced one model school in each tehsil where the vernacular language was used for teaching. There was also another school for training the teachers for these vernacular schools.

It prompted the government to take responsibility for education and suggested grants in aid to encourage private enterprises to invest in education.

Viceroy Mayo’s term saw the establishment of Rajkot college in Kathiawar in 1868 and Mayo college of Ajmer in 1875 for the political training of the Indian princes and elites.

Education policies in India under the Royal Crown of British

Under the British Crown, various commissions like Hunter, Raleigh, Saddler etc submitted recommendations for the reforms in the Indian Education system.

It recommended more government efforts for the improvement of mass education through vernacular languages.

Viceroy Curzon believed that universities were the factories producing students with revolutionary ideologies; hence he constituted the commission to review the entire university education system in India.

The recommendation of the commission led to the universities act of 1904.

The Act brought all Indian universities under the control of the government. The key provisions of the act were-

1906: The princely state of Baroda introduced compulsory primary education in its territories.

It was originally set up to study and report the causes behind the poor performance of Calcutta University however it ended up reviewing all the universities in the country.

1920: The Saddler commission recommendations were handed over to the provincial government as education was shifted under provinces in the Montagu-Chelmsford Reforms. This caused a financial crunch in the education sector.

Congress organized a national conference on education in Wardha and formulated a committee under Zakir Hussain for basic education.

The scheme focused on “learning through activity” which was based on Gandhiji’s ideas published in Harijan.

These ideas were not implemented due to the resignation of the congress ministries due to the start of World War II.

The above policies during the British era shaped the modern universities and education system prevailing in India today.