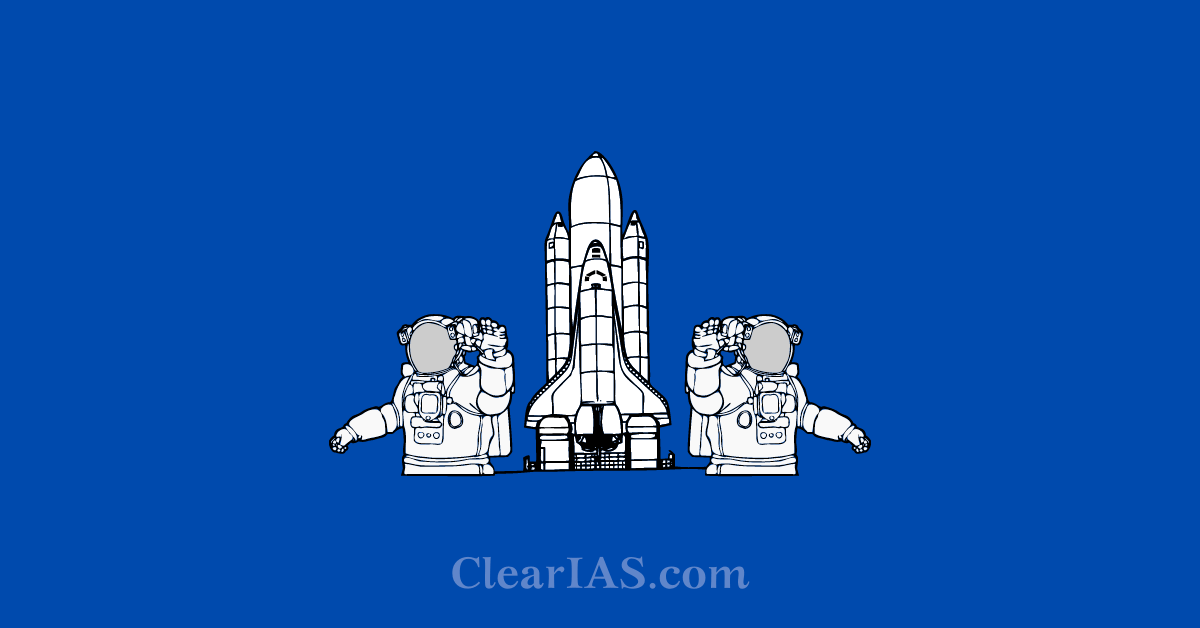 Gaganyaan is the Indian crewed orbital spacecraft by ISRo. Read here to all about the ambitious mission.

Recently, a written reply was submitted in the Lok Sabha regarding the current status of the mission Gaganyaan.

The Gaganyaan Programme is going to be a major national effort by ISRO (Indian Space Research Organisation) and they will carry out the overall program coordination, systems engineering, and implementation.

The human-rated launch vehicle, crew escape system, Orbital module, and essential infrastructure will be realized by ISRO utilizing the in-house expertise and with the participation of Industry, Academia, and National agencies. The private players in the country have developed significant expertise in niche areas, and this will be effectively utilized in the program.

The preliminary studies and technological development for the mission started in 2006 itself. The mission is set to launch three Indian astronauts as soon as 2023, which was earlier scheduled in 2021 but got delayed due to the pandemic. The Gaganyaan Programme envisages undertaking the demonstration of human spaceflight to Low Earth Orbit (LEO) in the short term and will lay the foundation for a sustained Indian human space exploration program in the long run.

The objective of the Gaganyaan program is to demonstrate the indigenous capability to undertake a human space flight mission to LEO.

As part of this program, two unmanned missions and one manned mission are approved by the Government of India.

The total cost of the Gaganyaan Programme is approximately INR 9023.00 crores

The payload will consist of

It weighs around 8000kg and will be equipped with emergency escape and emergency mission abort.

GSLV Mk III, also called the LVM-3 (Launch Vehicle Mark-3) the three-stage heavy-lift launch vehicle, will be used to launch Gaganyaan as it has the necessary payload capability.

Benefits of the Gaganyaan programme

The Human spaceflight program has both tangible and intangible benefits for the nation, which includes:

The uncrewed missions are for technology demonstration, safety, and reliability verification and will be heavily instrumented to study the performance of systems before the crewed flight.

The major new technologies required for the Gaganyaan program are as follows:

For the first crewed mission of the Gaganyaan program, astronaut trainees are selected from the pool of test pilots, based on selection criteria jointly defined by ISRO and the Indian air force which comprises flying experience, fitness, psychological and aeromedical evaluation (including anthropometric parameters).

Four Indian air force officers have been selected and they have completed their foreign leg of training in Russia. They underwent generic space flight training and the Indian leg will see them getting familiar with all conceivable situations that can happen while in flight.

The crew will also undergo training in weightlessness conditions by flying in special aircraft along a parabolic path that will give 25 to 30 seconds duration of weightlessness.

To familiarise the crew with rescue under abort conditions, they will also undergo special survival training in sea, snow, mountain, and desert conditions.

Vyommitra is a female-looking spacefaring humanoid robot being developed by the ISRO to function onboard the Gaganyaan.

Vyommitra was first unveiled on 22 January 2020 at the Human Spaceflight and Exploration symposium in Bengaluru.

It will accompany Indian astronauts in space missions and will also be a part of uncrewed experimental Gaganyaan missions before the crewed spaceflight missions.

Indian agencies are collaborating with ISRO in Gaganyaan Mission

Major collaborating partners for Gaganyaan include

The current status of the Gaganyaan program

After the successful completion of the Gaganyaan program, the next step will focus on achieving the capability for a sustained human presence in space.

The Indian space station will be a platform for conducting scientific and industrial research in myriad areas of fundamental, applied, and engineering sciences