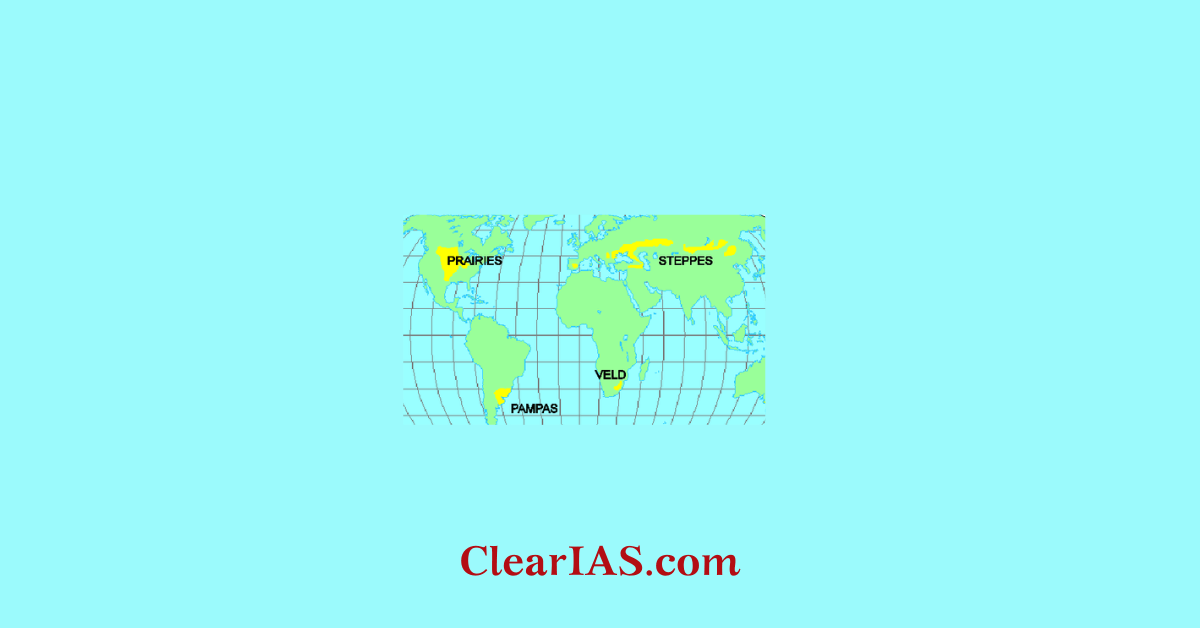 Grasslands are areas where vegetation is dominated by grasses. Read to know more about the types, features, and significance of grasslands.

On earth, there are five major types of biomes: aquatic, grassland, forest, desert, and tundra.

Grasslands account for up to 40% of the Earth’s land surface.

There are two types of grasslands; tropical and temperate.

However, only about 10% of world’s grass lands are protected.

Do you know why cheetah and Grasslands are related?

The reason for choosing cheetah was based on the conservation benefits.

Cheetah is a grassland-based species.

Grasslands have reduced drastically in India.

In saving the cheetah other species which are grassland based and endangered are also saved.

Grasslands, will also, get conserved.

Grasslands are also called transitional landscapes. In this ecosystem, the vegetation is dominated by herbs and grass.

These ecosystems are mainly found in regions, where there is a scarcity of water and not enough regular rainfall to support the growth of plants and forests.

The grassland ecosystem lies between the deserts and the forest ecosystems.

Grasslands are one of the intermediate stages in ecological succession and cover a part of the land at all altitudes and latitudes at which climatic and soil conditions do not allow the growth of trees.

This ecosystem makes up almost a quarter of the total land surface and covers areas where rainfall is usually low and/or the soil depth and quality are poor.

The low rainfall prevents the growth of numerous trees and shrubs but is sufficient to support the growth of grass cover during the monsoon.

Where grasslands are found?

Grassland occurs where there is sufficient moisture for grass growth, but where environmental conditions, both climatic and anthropogenic prevent tree growth.

Its occurrence, therefore, correlates with a rainfall intensity between that of desert and forest and is extended by grazing or fire to form a plagioclimax in many areas that were previously forested.

These ecosystems are particularly fragile because water is scarce. Types of Grasslands In India: 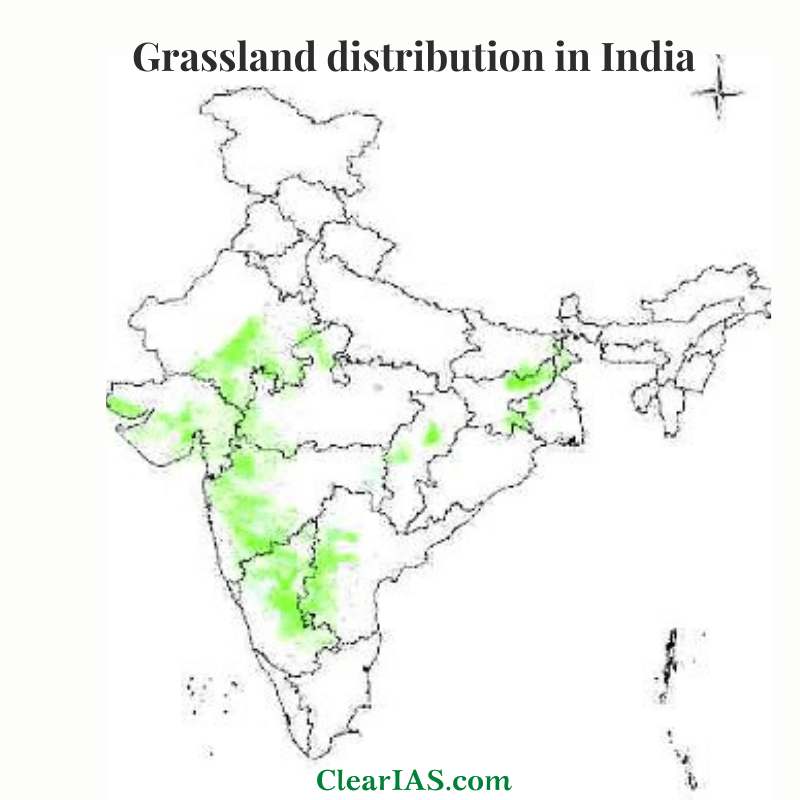 In India, grasslands are found as village grazing grounds (Gauchar) and extensive low pastures in dry regions of the western part of the country and also in the Alpine Himalayas. Perennial grasses are the dominant plant community seen here.

In the Himalayan mountains, there are high, cold Himalayan pastures. There are tracts of tall elephant grass in the low-lying Terai belt south of the Himalayan foothills.

There are semi-arid grasslands in Western India, parts of Central India, and the Deccan Plateau. Patches of shola grasslands occur on hill slopes alongside the extremely moist evergreen forests in South India.

Flora and Fauna of the ecosystem:

Characteristics features of this ecosystem:

The grasslands are one of the most important landforms. They assist agriculture by providing essential ecosystem services such as water and climate regulation, as well as biogeochemical cycling, carbon storage, cultural, and recreational benefits. They are also the major reservoirs of agricultural gene pools, and many of the crops that enable human life, such as wheat, corn, rice, and millet, originated in these ecosystems. Grasslands are also important habitats for a variety of flora and animals.