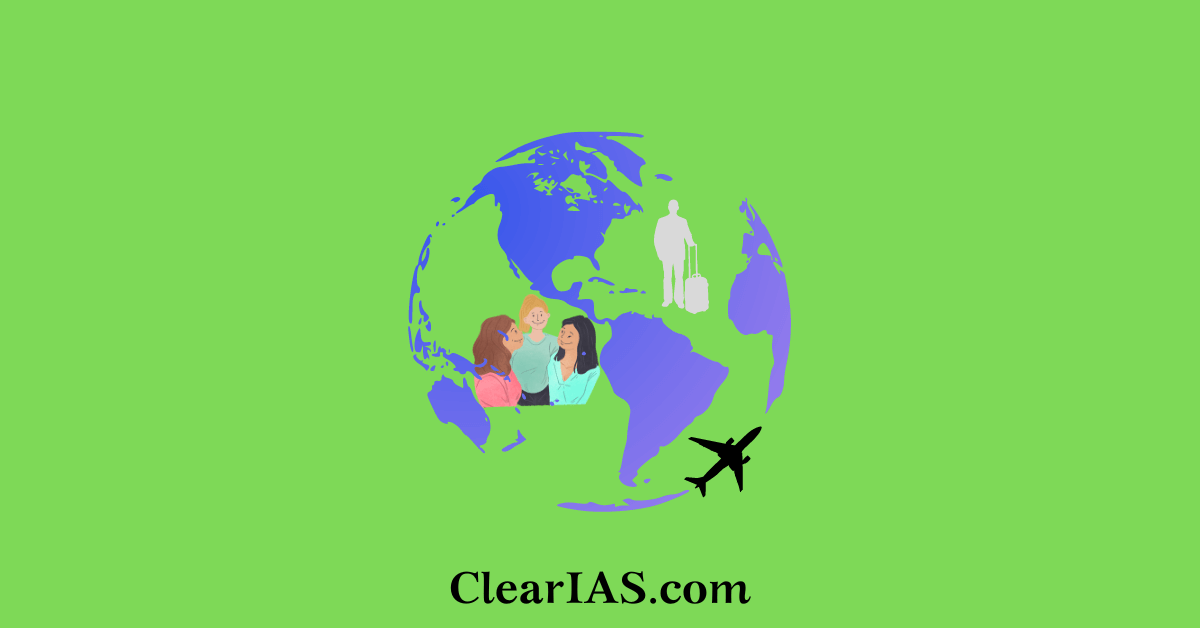 The term “diaspora” originates from the Greek term diaspeirein, which translates as “dispersion.”

In India, diaspora is commonly understood to include Non-Resident Indians (NRIs), Persons of Indian Origin (PIOs) and Overseas Citizens of India (OCI), of which PIO and OCI card holders were merged under one category — OCI — in 2015.

Who all are included in the term ‘Indian diaspora’?

The Indian Diaspora is a broad term for people who have migrated from territories that are now part of the Republic of India. Additionally, it alludes to their progeny. The Diaspora is estimated to number over twenty million people, made up of “NRIs” (Indian citizens who do not reside in India) and “PIOs” (Persons of Indian Origin who have acquired citizenship of some other country).

India has the world’s second-largest Diaspora. Over 25 million Indians live abroad, and they are dispersed across all of the world’s major continents.

Diasporas are symbols of a nation’s pride and represent their country internationally. The diaspora’s ability to spread Indian soft power, lobby for India’s national interests, and contribute economically to India’s rise is now well-recognized.

India was initially concerned that supporting Indians living abroad might offend host nations, who ought to be solely responsible for their welfare and security. The diaspora could not expect India to defend their rights, according to Jawaharlal Nehru, so India’s foreign policy in the 1950s was designed as a model of non-intervention.

Rajiv Gandhi, on the other hand, was the first prime minister to change the diaspora policy in the 1980s by urging Indians living abroad, regardless of their nationality, to participate in nation-building initiatives, similar to the overseas Chinese communities.

The present regime has carried forward the work in a positive direction. Additionally, the Ministry of Foreign Affairs introduced the e-migrate system in 2015, which necessitates the database registration of all foreign employers.

Measures taken by the Government

Though, the government has launched many reforms and policies towards the Indian diaspora. But still, there is a need for certain improvements. In this regard following may be recommended:

A myopic perspective would be to only see the Diaspora through the lens of remittances and other financial flows. Not all expatriates need to be investors, and measuring an expat’s development impact solely in terms of monetary contributions to the country of origin misses the bigger picture.

An international community can and often does act as a crucial “bridge” for gaining access to information, skills, resources, and markets for the advancement of the country of origin. The ability of the Diaspora to develop and project a coherent, internally motivated, and progressive identity, as well as the capacity of the home country to create the conditions and institutions for long-term, mutually beneficial engagement, are frequently prerequisites for the success of this bridge.

Home nations are now starting to acknowledge the necessity of pursuing and promoting the Diaspora and development dynamic. India cannot be a special case.