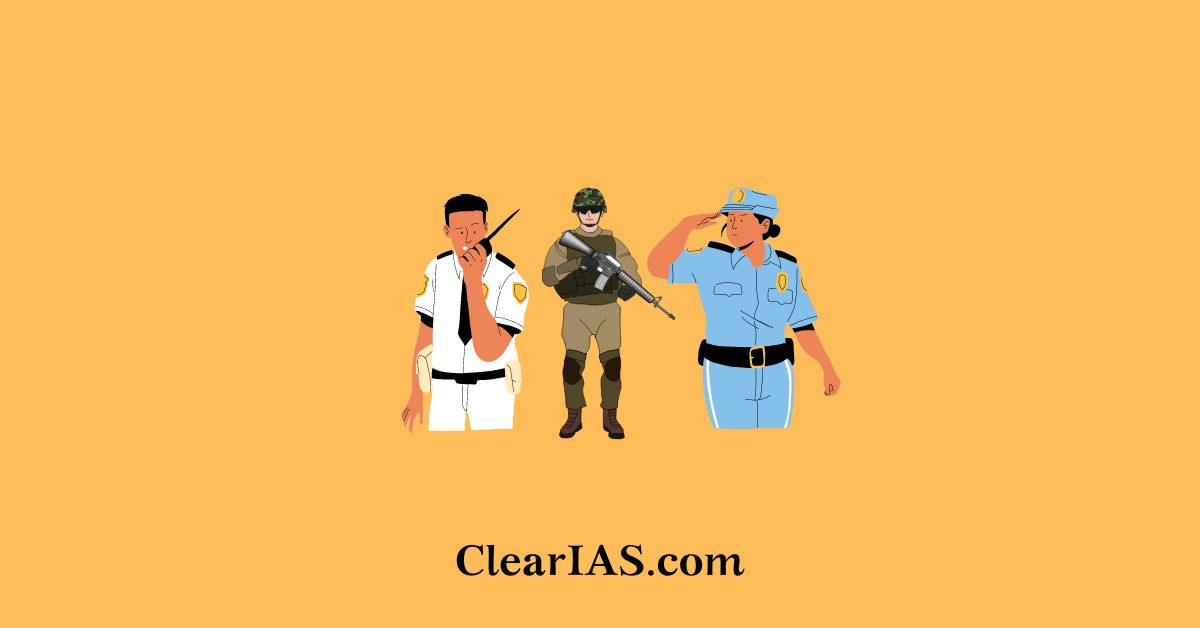 The appointment of the CDS and the creation of the Department of Military Affairs (DMA) are momentous steps towards the integration and advancement of defence forces.

We all know that the Indian Army, Navy and the Air Force have their own commands all across India. But this Theatre Command would be solely responsible for integrated planning and coordinated application.

To learn more about the Integrated theatre commands and also to read on Chief of Defence staff click here.

What are Integrated Theatre Commands?

Combining the resources of all three services ( the Army, Navy, and Air Force) under a single commander to secure a particular geographic area is known as integrated theatre commands.

There are theatre commands in several countries, including China and the United States. The reports of the military reforms commission headed by Lt. General (ret.) DB Shekatkar made the concept of Theatre Command a suggestion.

It suggested setting up three integrated theatre commands: one in the north for the China border; one in the west for the Pakistan border;  and one in the south for the sea role.

Is Theatre Commands a new idea?

It has long been suggested that India should establish an integrated tri-services command; this recommendation came after the Kargil conflict.

After Gen. Rawat was named Chief of Defence Staff in January 2020, he met with the vice chiefs of the armed forces to brainstorm potential designs for these commands.

The Air Defence Command, the first of three commands, may be established by the end of 2020, according to a prediction made by Gen. Rawat in early 2020. However, several issues, notably the Covid-19 epidemic, have caused the procedure to be delayed. 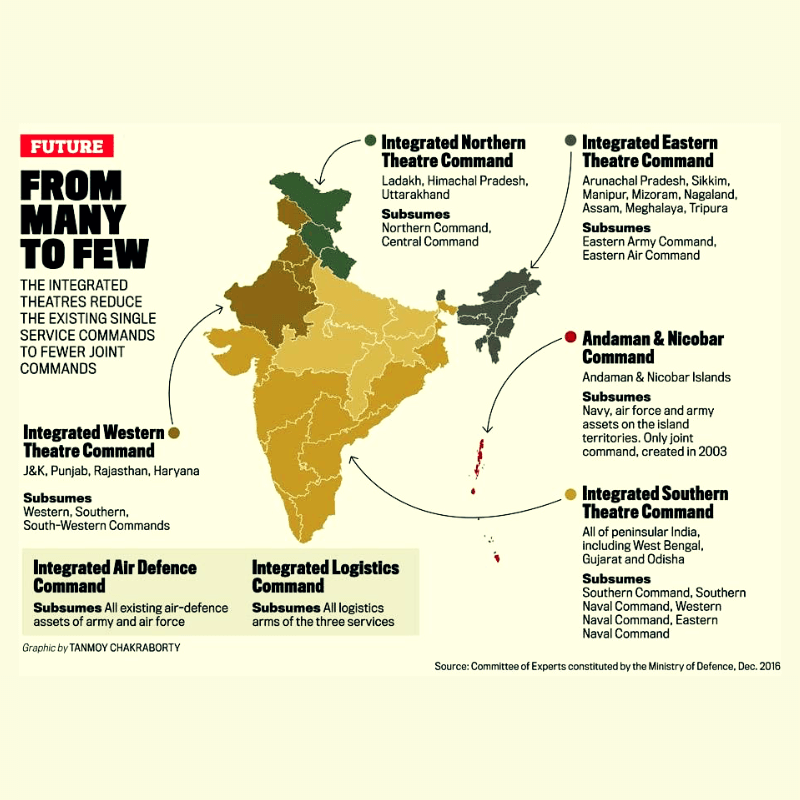 The goal of the theatre command system is to increase cooperation between the three components of the armed forces. A unified command will be established and headed by a single commander in place of separate commands for the army, navy, and air force.

An integrated theatre command facilitates the combining of the three services’ resources under a single commander to secure a specific geographic area.

The commander can utilise the logistics of all three services when conducting combined training.

Improved troop acclimatisation to the given battle zone will help them understand the operational requirements in the designated area of operation.

The distribution of military hardware, such as weapon systems, command, control, communication tools, and combat support elements, will be theatre-specific and lead to resource optimization.

Understanding the training needs and administrative requirements of the troops will enable specialisation and appropriate improvement of war drills at all levels.

For speedy mobilisation and appropriate use during the anticipated, brief, high-intensity combat, the equipment can be purchased, maintained, and pre-positioned.

According to lessons learned from the US, Russia, and China, the decision to establish integrated theatre commands must be made at the political level before being carried out by the armed forces.

A country’s response to problems with national security and its strategy for waging war is essentially determined by its military doctrine, which is a collection of ideas and convictions.

The new joint doctrine will achieve its purpose if India rapidly moves towards integrated military structures and undertakes long-term strategic planning to systematically build military capabilities in tune with its geopolitical aspirations.