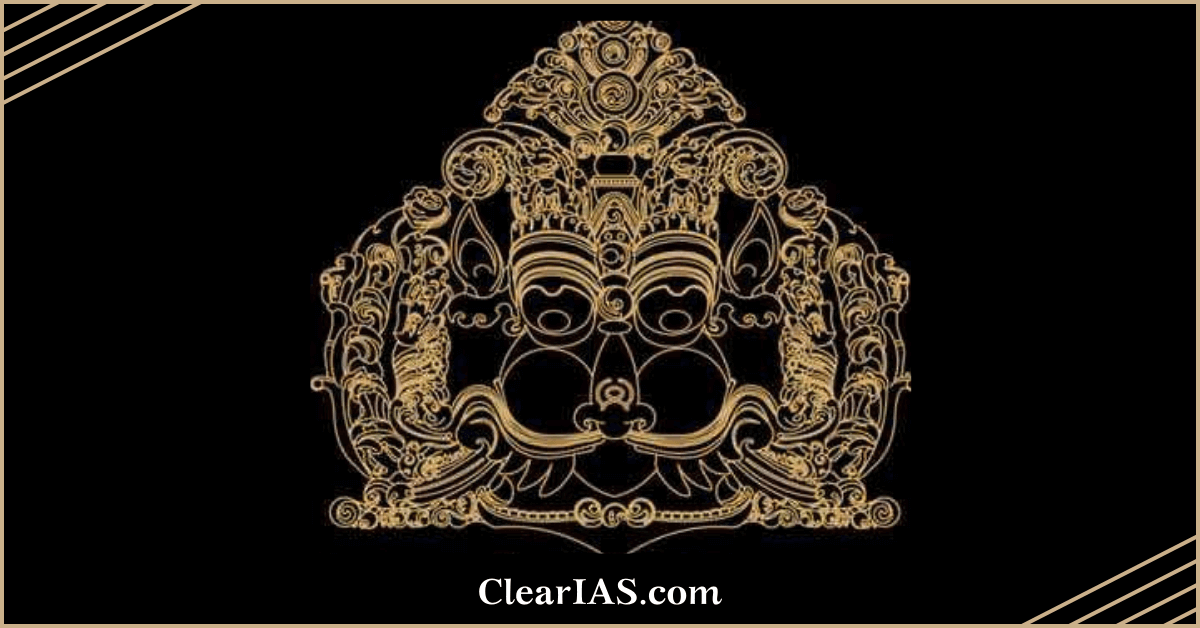 The Kakatiya dynasty ruled most of the eastern Deccan region between the 12th and 14th centuries.

Kakatiya architecture of 1052–1323 CE was a notable Vesara temple building architecture developed during the rule of the Kakatiya dynasty 1163–1323 CE.

The Kakatiyan sculptor’s influence can be seen in the distinctive design, technology, and ornamentation of the Kakatiyan temple complexes.

Trikutaalyas, the later-Chalukyan style of temple architecture and decoration that Kakatiya Temples are known for and evolved from, as well as the sculptural art and decoration unique to the period and the Kakatiyan Empire stand out.

To learn the Chalukyan style of temple architecture click here.

The Kakatiya temples, which are primarily Siva-focused, display in their building a harmonious fusion of North Indian and South Indian architectural styles that influenced the political climate of the Deccan.

Is this a mix of north Indian and south Indian styles? Yes

They adopted both the North Indian Nagara Bhumija style and the South Indian Dravida style.

The most significant of these temples are those at Palampet (Ramappa temple), Hanamkonda (Thousand Pillared temple), and the temples in the Warangal fort, including the vast, abandoned Swayambhunadha temple complex.

The Thousand Pillar Temple also called the Rudreshwara Swamy Temple was constructed by Rudra Deva in 1163 AD. This temple is one of the finest examples of Kakatiya architecture and sculpture.

Another illustration of a distinctive Kakatiya style used only in this area for the entrances to temple complexes is Keerthi Thoranas.

The Ramappa Temple and the 1000 Pillar Temple are two excellent examples of sandbox-built buildings that are resistant to earthquakes.

The sand was used by Kakatiya in the construction’s foundations. For the sand mixture to become strong, foundations were filled with a powdered mixture of granite, jaggery, and Terminalia chebula (known as karakakaya in Telugu), depending on the size.

They have only erected large, heavy constructions on this Sand Mixture foundation.

To lessen the effects of earthquake vibrations, they also used iron dowels to secure the stones of walls, pillars, and temple rooftops.

Melted iron was poured through tiny tunnels or holes drilled in each of the rocks used to build these dowels.

As a result, these dowels hold the rocks together strongly making the total construction fit like a frame and stronger.

The temples have multi carvings of different themes from upana to the prasthara.
The elegant open works by which the bracket shafts are attached to the pillars, as well as the lattice window and doorframes, are the other most interesting features.

Another distinct feature of Kakatiya Architecture is the common linkage characteristic of the Tank, Temple, and Town.
They constructed the temples near the water bodies (such as lakes and tanks) that they had created.
Water tanks (water conservation structures) invariably resulted in the rise of flourishing towns with temples knitted together.

As with any Shiva temple, there is a massive Nandi at the entrance to the Shiva shrine.
Nandi’s massive structure is carved from a single piece of black basalt.

Shiva’s shrine faces east, while the other shrines face south and west.
This was because the Kakatiya was Lord Shiva devotees who desired early morning sun rays to fall directly on Shiva Lingam.

All of the Kakatiya temple structures are in the shape of a star, as is the Ramappa temple.

Recharla Rudra, a general of Kakatiya king Ganapati Deva, built the Ramappa temple in 1213 AD during the reign of the Kakatiya Empire.

It is also known as the Ramappa temple, after the sculptor who worked on it for 40 years.

It is the only temple that has been named after its sculptor.

The construction of the temple, where the Ramalingeswaram is housed, started in 1173 AD and was finished 40 years later, in 1213 AD.

Stone is used to build the temple. But in order to reduce the weight of the temple in accordance with the soil’s characteristics, the Sanctorum was constructed of thin brick.

These bricks are smaller than those used today and float in water. Such bricks have never been used in the nation, and it is still unclear how they were made.

The maha mandapam and some of the sculptures are constructed entirely of black stone inside the temple, while red and white stones are used to construct the exterior.

Shivatandavam, Sivakalyanam dance forms, the Ramayana, and the Mahabharata are all depicted in lovely sculptures.

Twelve sculptures of Madanikas, Naginis, and Koyastris in different positions surround the temple. A few of the statues represent the importance of women in the Kakatiya dynasty as well as their jewelry.

The Perini Shivatandava were the main subjects of the sculptures in the temple.

The rainwater drainage system that was built around the temple provides insight into the Kakatiyas’ technical prowess.

A short distance from the temple, Ramappa Lake is constantly full of water.

Between the two mounds, a levee and sluices were used to create the lake.

Farmers cultivate two crops a year on about 10,000 acres with two sluices. This is still the main pond in the area.

Because the 800-year-old Ramappa temple was built using sandbox technology, it is still standing today.

At the temple construction site, a three-meter-deep foundation is dug and filled with sand. Make sure to maintain moisture.

The temple was built by stacking stones on the sand.