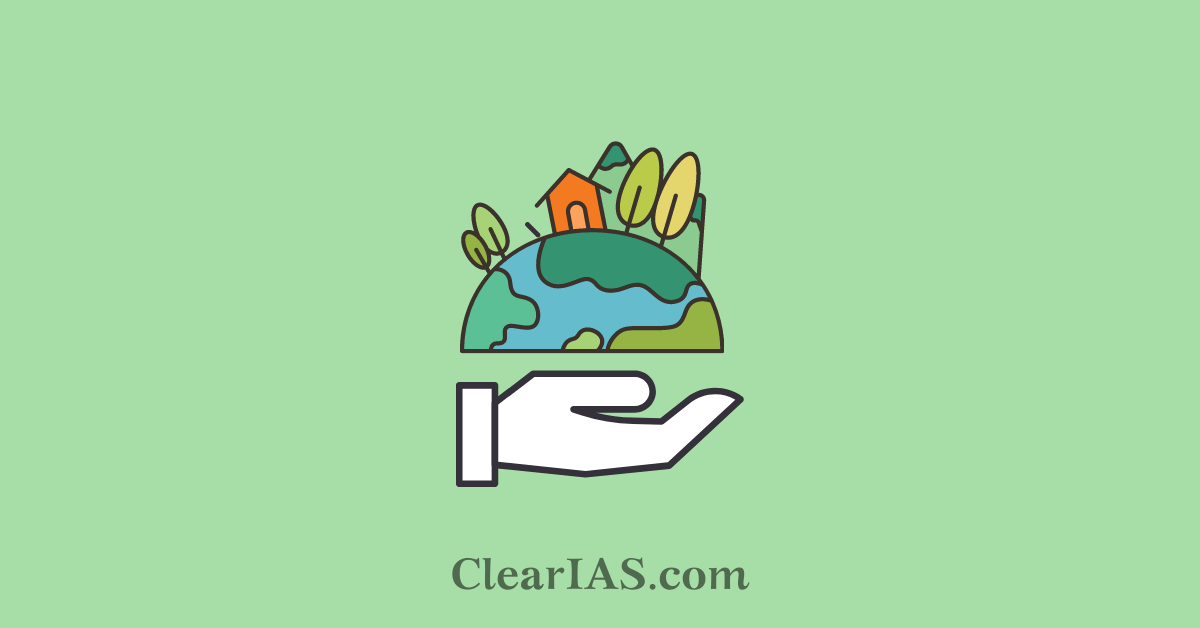 The Kunming declaration is been said to be paving way for global biodiversity negotiations. Read here to know about the key points of the declaration.

The Kunming Declaration was adopted by over 100 countries on October 13, 2021, at the first part of the virtual 15th meeting of the Conference of the Parties (COP15) to the United Nations Convention on Biological Diversity (UN-CBD).

Kunming is situated in the Yunnan province of the People’s Republic of China.

The theme of the declaration is ‘Ecological Civilization: Building a Shared Future for All Life on Earth’.

The United Nations Environment Programme (UNEP) convened the Ad Hoc Working Group of Experts on Biological Diversity in November 1988 to explore the need for an. international convention on biological diversity. Soon after, in May 1989, it established the Ad Hoc Working Group of Technical and Legal Experts to prepare an international legal instrument for the conservation and sustainable use of biological diversity.

By February 1991, the Ad Hoc Working Group had become known as the Intergovernmental Negotiating Committee. Its work culminated on 22 May 1992 with the Nairobi Conference for the Adoption of the Agreed Text of the Convention on Biological Diversity. The Convention was opened for signature on 5 June 1992 at the United Nations Conference on Environment and Development (the Rio Earth Summit).

The Convention on Biological Diversity (CBD) entered into force on 29 December 1993. It has 3 main objectives:

CBD is a legally binding treaty.

By this action, the nations have committed themselves to support the development, adoption, and implementation of an effective post-2020 implementation plan, capacity-building action plan for the Cartagena Protocol on bio-safety.

Signatory nations will ensure that the post-pandemic recovery policies, programs, and plans contribute to the conservation and sustainable use of biodiversity, promoting sustainable and inclusive development.

It shines a light on the need for urgent and integrated action to reflect biodiversity considerations in all sectors of the global economy.

The crucial issues – like funding conservation in poorer countries and committing to biodiversity-friendly supply chains have been left to be discussed later.

It is not a binding international agreement.

Previously, Aichi Biodiversity Targets or Strategic Plan for Biodiversity was adopted where governments agreed on 20 targets to slow down biodiversity loss and to protect habitats by 2020.

‘Putting biodiversity on a path to recovery is a defining challenge of this decade, in the context of the UN Decade of Action for Sustainable Development, the UN Decade on Ecosystem Restoration and the UN Decade for Ocean Science for Sustainable Development. It requires strong political momentum to develop, adopt and implement an ambitious and transformative post-2020 global biodiversity framework that promotes the three objectives of the Convention in a balanced manner.’

The Kunming declaration also includes a fund that is being created by China to fund biodiversity protection actions in developing nations. Thye have pledged to pump USD 233 million into the new fund.

The actions for the protection and mitigation of further impact on biodiversity, without doubt, require as much funding as possible, hence this new fund should be welcome as it makes available more resources. But countries have raised their criticisms against this also-

What is Climate Financing mentioned in the Kunming declaration?

Climate finance refers to local, national, or transnational financing- drawn from public, private and alternative sources of financing that seek to support mitigation and adaptation actions that will address climate change.

The UNFCC, the Kyoto Protocol, and the Paris Agreement call for financial assistance from parties with more financial resources to those that are less endowed and more vulnerable. This recognizes that the contribution of countries to climate change and their capacity to prevent it and cope with its consequences vary enormously.

Climate finance is needed for mitigation because large-scale investments are required to significantly reduce emissions. Climate finance is equally important for adaptation, as significant financial resources are needed to adapt to the adverse effects and reduce the impacts of a changing climate.

By the principle of “common but differentiated responsibility and respective capabilities” set out in the Convention, developed country parties are to provide financial resources to assist developing country parties in implementing the objectives of the UNFCCC.

The Paris Agreement reaffirms the obligations of developed countries, while for the first time also encouraging voluntary contributions by other Parties.

Developed country parties should also continue to take the lead in mobilizing climate finance from a wide variety of sources, instruments, and channels, noting the significant role of public funds, through a variety of actions, including supporting country-driven strategies and taking into account the needs and priorities of developing country parties.

The other funds facilitating such efforts are-