“The next world war will be over water” – Ismail Serageldin, World Bank Vice President.

At a time when there is ongoing tension between India and Pakistan over water-sharing (read Indus Water Treaty), China too is adding up pressure. Chinese Dams and Hydro-electric projects in Brahmaputra is becoming an increasing concern for India.

China is constructing their “most expensive  hydro project” – Lalho project – in a tributary of river Brahmaputra (known in China as Yarlung Zangbo). The Brahmaputra, one of India’s major rivers, originates in Tibet (China) and flows into India (Arunachal Pradesh and Assam) before going into Bangladesh. 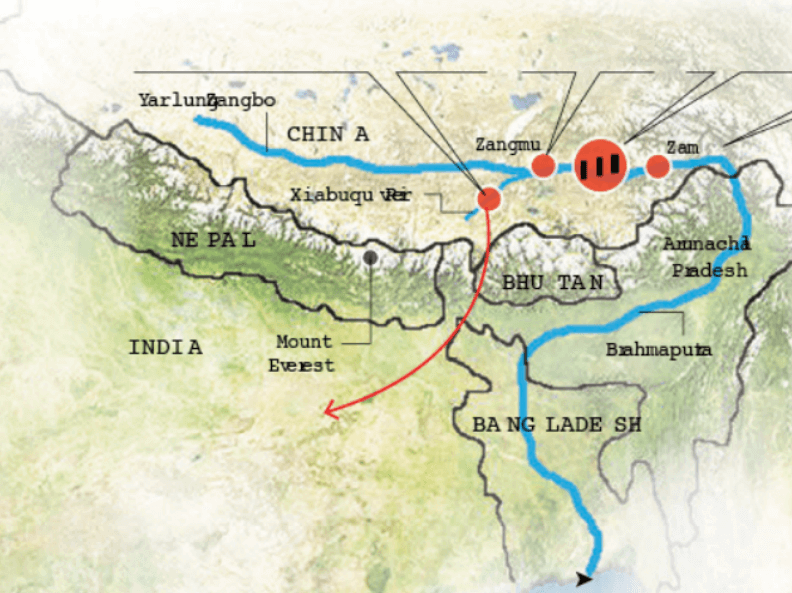 Not the first dam! 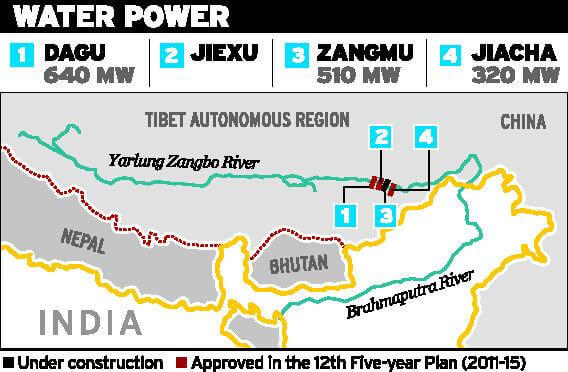 This is not the first time that China tried to alter the flow of rivers, flowing through India. They are listed as below:

No water treaties between China and India!