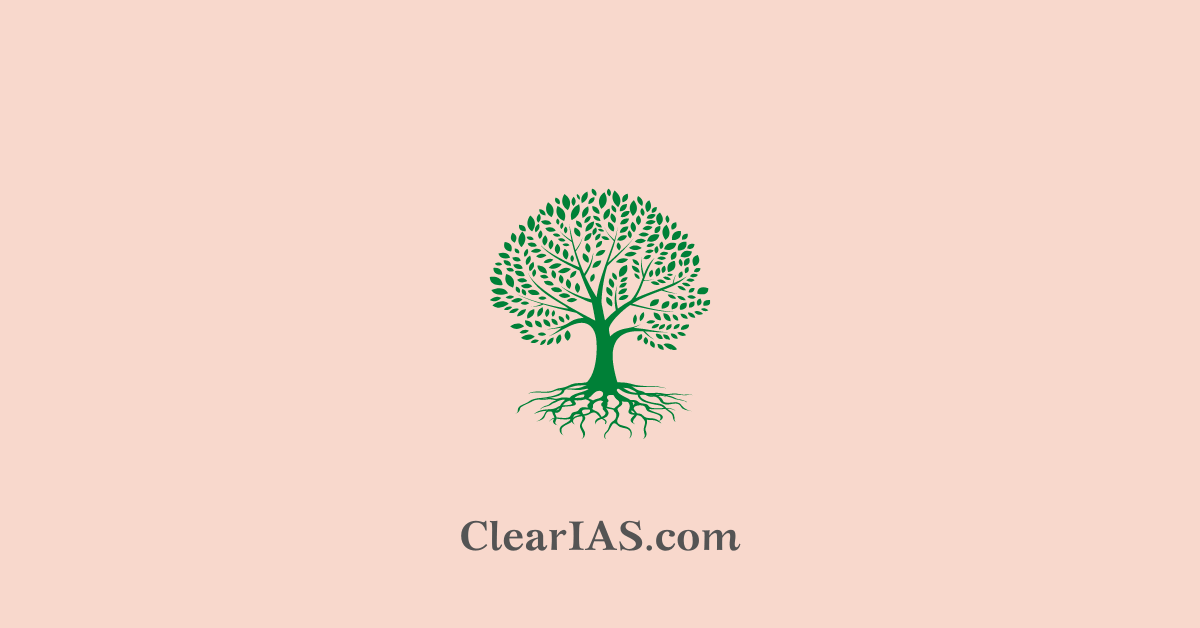 In tropical and subtropical regions of the world, the mangrove forest dominates the coastlines and is an essential component of the forest ecosystem.

Mangrove is the crossroad, where oceans, freshwater, and land meet.

There are 54–75 species of true mangroves, which are taxonomically distinct from their terrestrial counterparts and exclusively occur in the intertidal zones of coastlines.

Mangrove forests are among the planet’s most complex ecosystems, flourishing in environmental conditions that would swiftly kill most other types of vegetation.

Mangroves can survive in extremely salty waters and soils because they are highly adaptable to their surroundings and capable of excluding or expelling salt.

Mangrove trees are adapted to the harsh circumstances of estuaries by developing specific growth patterns.

A few key adaptations that they have are-

Mangroves are found worldwide, but the greatest species diversity is in Southeast Asia.

Mangrove forests are found in tropical and subtropical regions in tidal areas, that are frequently inundated with salt water.

Asia has a share of 42 percent of the world’s mangroves, which is followed by Africa (21 percent), North/Central America (15 percent), Oceania (12 percent), and South America (11 percent).

It is important to note that the mangrove area decreases with increasing latitude excluding the Sundarbans which account for the world’s largest tract of mangroves situated along the Ganges delta.

The countries with the largest area of mangroves are:

India’s Mangrove cover has increased by 54 sq km (1.10%) as compared to the last assessment.”

Sundarbans in west Bengal alone accounts for almost half of the total area that is found under mangrove in India.

West Bengal has a total of 42.45% of India’s mangrove cover, followed by Gujarat at 23.66%, and A&N Islands at 12.39%. All around the country, Gujarat showed a maximum increase in mangrove forest cover of 37 sq.

Among the states, Kerala (9 sq km) and among the UTs, Puducherry (2 sq km) have the least Mangroves cover.

For Research and Development, National Mangrove Genetic Resource Centre was established in Bhitarkanika (Odisha) by the Environment Ministry.

As per the India State of Forest report 2021, the area under Mangrove forest has increased by 17 sq km making India’s total mangrove cover as 4,992 sq km.

Species: Plankton, algae, fish, and shellfish are all fed by the nutrients found in mangrove leaves and roots. Many different species of birds and mammals live in mangroves, including mangrove monkeys in South Asia and Bengal tigers in Sunderbans.

Fishery: Mangroves are essential for fish and shellfish, migratory birds, and sea turtles to nest and breed, which highlights their significance for coastal fishing communities. An article published in the Journal of Sea in 2008 estimates that mangrove forests are directly or indirectly responsible for 80% of the world’s fish catch.

Climate change: Mangroves are effective carbon sinks. They store three to five times more carbon per unit area than tropical forests and isolate carbon at a pace that is two to four times faster than tropical forests like the Amazon. More greenhouse gases are released when they are cut down compared to other areas of forests.

Tsunami Shield: Mangroves can absorb wave energy, and because of that they are very important for protecting coastal areas from coastal calamities namely, tsunamis, storm surges, etc. Mangroves can effectively absorb about 70-90 percent of normal wave energy. It is evident that even under extreme circumstances, mangroves’ dense root and branch networks could help diffuse tsunamis, and reduce their devastating effects.

In December 2004 a massive tsunami hit Asia and causes mass-scale destruction and loss of life. Degradation of the coastal mangrove system makes the coastal areas more prone to tsunamis, and flood-related destructions.

It is evident that damage to the property and loss of lives was minimum in coastal regions where there were healthy mangroves.

There are approximately 70 species of mangroves around the world but the reduction in it and extinctions is evident.

These areas are rich in nutrients and are part of larger wetland systems that make them desirable for agriculture and lead to deforestation.

A threat to the mangrove ecosystem is associated with global warming and climate change.

As these areas are near the sea, it is also exploited for salt production.

Rapid and mostly unregulated coastal development is one of the main obstacles to mangrove growth. According to the coastal regulation zone notification 2011, these important habitats have been included in CRZ-1 (Coastal Regulation Zone 1) for the protection of these vital ecosystems.

Management of Man-Made Pressure, mangroves are needed to be protected from anthropogenic pressure by sustainable practices.