Well, we have covered the main points from NCERT text for Standard 6 History in our last 5 posts. All the 5 parts dealt with ‘Ancient India’. From today, we shall see part-by-part the main points from Standard 7 NCERT History text. The objective of the next set of articles would be to present main points from ‘Medieval India’, in an easy to revise form. Thanks for the encouragement from readers – online and offline – we plan to do the compilation of NCERT for Modern History too. Now straight to the topics.

In this post we see the tripartite struggle between Pratiharas, Palas and Rashtrakutas during the medieval period. We will also learn about imperial Cholas.

The reference material for this post is NCERT History text for Class 7 (Our past -1). Only main points from the chapters are compiled below. These points might come quite handy during preparation of Prelims and Mains, to get a quick grasp of the subject. 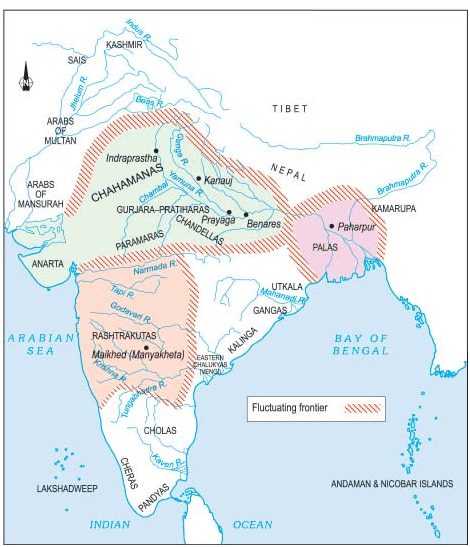