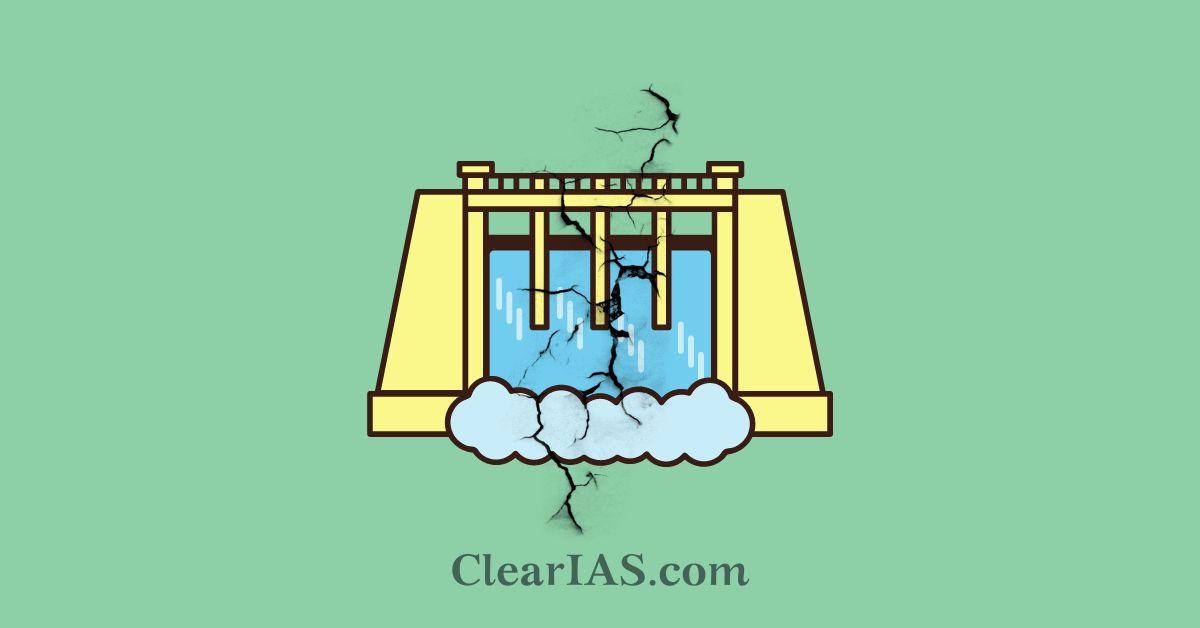 The Mullaperiyar dam has been the bone of contention between Tamil Nadu and Kerala for a long time. Read here to know about the history of the 126 years old dam.

The Supreme Court’s direction recently to the supervisory committee for the Mullaperiyar dam on the issue of the maximum water level has revived the controversy surrounding the dam.

The order was issued while hearing a petition raising apprehensions about the supervision of water levels of the reservoir, especially during the rainy season and as Kerala has also been experiencing unusually heavy spells of rain.

During October 18-25 2021, the dam too received a substantial inflow. Despite the Court’s nod in 2014 to store water up to 142 ft, Tamil Nadu has been careful in drawing as much water as possible so that the level does not reach the permissible level ordinarily.

The Mullaperiyar Dam is on the River Periyar and its tributary, the Mullayar in the state of Kerala, hence the amalgamation Mulla-Periyar. It is located 881 m (2,890 ft) above mean sea level, on the Cardamom Hills of the Western Ghats in Thekkady, Idukki district of Kerala, India.

It was constructed between 1887 and 1895 by John Pennycuick when the British Government decided to divert the water eastward to service the farmers in the Madras presidency (present-day Tamil Nadu).

Pennycuik planned the river interlinking to bring barren and rain-starved areas under cultivation. The road from Cumbom to Kumily, now part of the Kollam-Theni national highway, was constructed for bullock carts to move equipment to the dam site.

The first ropeway was also constructed there, which was later shifted to Munnar.

An agreement between the Pandya kings who ruled Madurai and the erstwhile Travancore kingdom was signed for water sharing, which is now a bone of contention between Kerala and Tamil Nadu.

The Madras presidency under the British rule looked for diverting the Periyar as the Kingdom of Madurai was facing an acute shortage of water with drought taking a toll on people and cattle. This was in addition to the loss suffered by the farm sector.

The ruler of Cochin State initially objected to the water-diversion scheme as it was feared that the dam would affect water flow and movement of goods and people through the Periyar to the Arabian sea.

After independence and state reorganization, Kerala and Tamil Nadu were born and the Kerala state government announced that the earlier agreement which had been signed between British Raj and Travancore was invalid and needed to be renewed.

After several failed attempts to renew the agreement in 1958, 1960, and 1969, the agreement was renewed in 1970 when C Achutha Menon was Kerala’s, Chief Minister. Kerala has pointed out the unfairness of the 1886 lease agreement and has challenged its validity. However, the danger posed by the 126-year-old dam to the safety of the people of Kerala in the event of a dam collapse has been the focus of disputes from 2009 onwards.

Kerala’s proposal for decommissioning the dam and constructing a new one has been challenged by Tamil Nadu.

Tamil Nadu has blamed Kerala for delaying the finalization of the rule curve for the dam.

Kerala has made consistent efforts to obstruct Tamil Nadu from operating the dam as Tamil Nadu is not able to access data that is in Kerala’s terrain. There is no road built, the power supply has not been restored although Tamil Nadu has paid for it.

Kerala has accused Tamil Nadu of adopting an “obsolete” gate operation schedule dating back to 1939.

2006: SC by its decision by a three-member division bench, allowing for the storage level to be raised to 142 feet (43 m) pending completion of the proposed strengthening measures, provision of other additional vents, and implementation of other suggestions.

2010: The Supreme Court decided to constitute a five-member empowered committee under Justice A.S Anand to study all the issues of Mullaperiyar Dam and seek a report from it within six months.

2014: Supreme Court of India declared the Kerala Irrigation and Water Conservation (Amendment) Act, 2006 as unconstitutional and allowed Tamil Nadu to raise water level from 136 ft to 142 ft and also formed a permanent Supervisory Committee to take care of the issues relating to the dam.

The safety of the dam again rose to public attention in 2021 after the flood situation in Kerala since 2018 and the destruction of the Rishiganga hydroelectric project & Tapovan dam in Uttarakhand following a glacier burst that killed nearly 200 people.

A UN report on threats possessed by ageing dams across the world stated that the Mullaperiyar dam situated in a seismically active area has major structural flaws and 5 million people are at risk if the 100+ years old dam were to fail.

i) Monitoring and performance of the instrumentation of the dam.

The dispute has exhausted the technical and judicial settlement options to solve the problem, and now a political solution is one of the plausible ways to go for an amicable solution is the need of the hour as many lives are also at stake in case of a catastrophe.

Government Programs like Dam rehabilitation and improvement program (DRIP), dam safety rules may be the way forward to find an amicable solution as well.