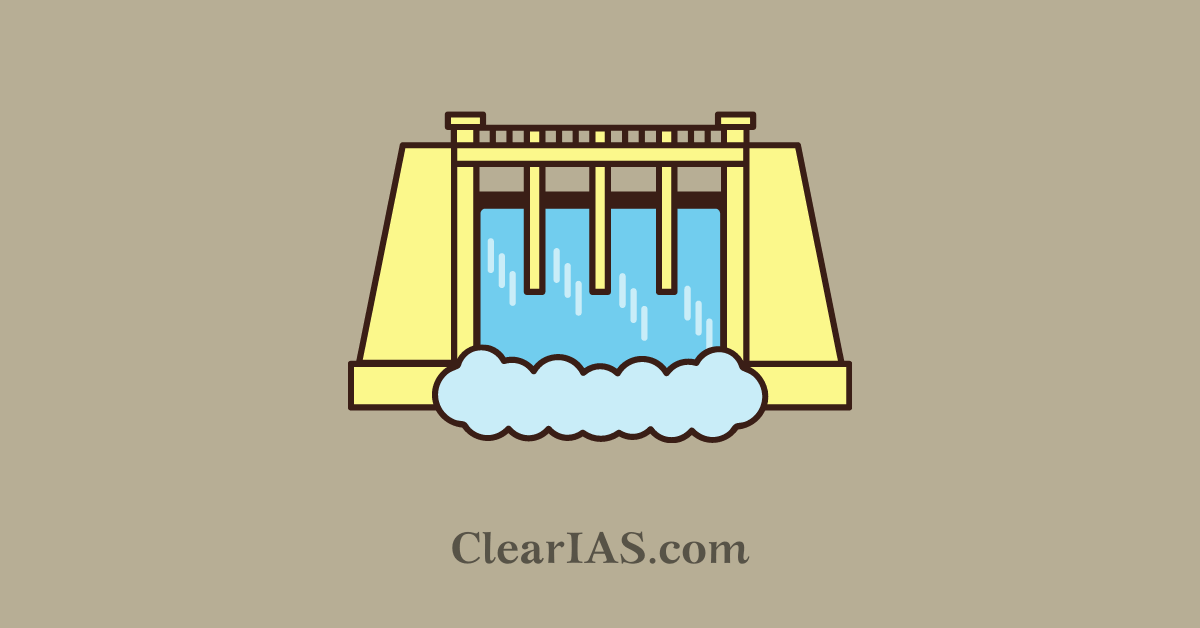 What is the Dam Safety Act 2021? What are the concerns regarding dams in India? What is the importance of dams? Read to know more.

The dam safety bill 2019 has been passed in the winter session of parliament, making it the dam safety act, 2021.

“An Act to provide for the surveillance, inspection, operation, and maintenance of the specified dam for prevention of dam failure related disasters and to provide for an institutional mechanism to ensure their safe functioning and for matters connected therewith or incidental thereto.”

Features of the act:

The Dams and Reservoirs world over have been playing a dual role:

Construction of dams comes with its fair share of disadvantages also-

The above problems related to the construction of dams can be resolved successfully by dynamic, progressive, and responsive management.

Major stress was placed on the construction of big power projects since the first five-year plan under Prime Minister Nehru. Nehru is said to have described big dams as, Modern Temples of India.

India is one of the biggest dam builders in the world, next only to the United States & China. As of June 2019, India has 5,745 large dams, including dams under construction. Of these, 5,675 large dams are operated by states, 40 by Central Public Sector Undertakings, and 5 by Private Agencies.

In India, dams higher than 15 meters or between 10-15 meters in height, that fulfil certain additional design conditions, are termed large dams. 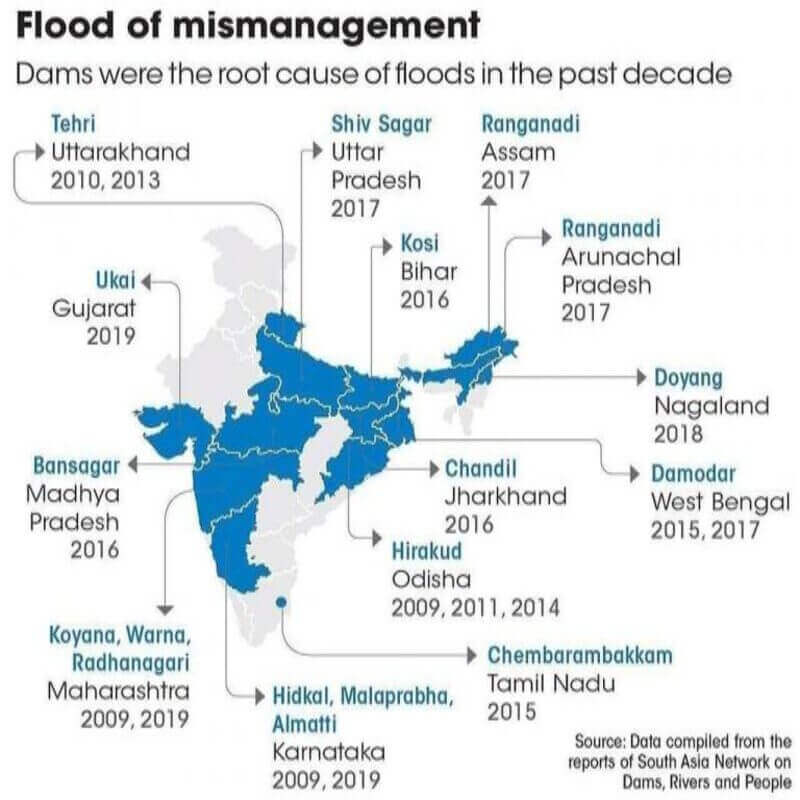 Need for the dam safety act:

Ageing of Dams:
As the dams become old, their design and hydrology do not remain at par with the latest understanding and practices. Huge siltation is taking place as a result of which the water holding capacity of dams is getting reduced.

Dependent on Dam Managers:
The regulation of dams is entirely dependent upon individual dam managers. There is no proper system and understanding in terms of the downstream water requirement.

Other factors:
Dam safety is dependent upon other factors such as landscape, land-use change, patterns of rainfall, structural features, etc.

Failures:
In the absence of a proper dam safety framework, shortcomings may get involved in the investigation, design, construction, operation, and maintenance of dams which might lead to serious incidents and sometimes dam failure.

Water is under the state list (Entry 17), but the Centre has brought the legislation under Article 246 of the Constitution read with Entry 56 and Entry 97 of the Union list.

Article 246 empowers Parliament to legislate on any matter enumerated in List I of the Union List in the Seventh Schedule of the Constitution.

Entry 97 allows Parliament to legislate on any other matter not enumerated in List II or List III including any tax not mentioned in either of those Lists.

The recent catastrophes have shown how important dam safety regulations are and how it depends on many external factors such as ecology, hydrology, etc. Hence a holistic approach is the need of the hour in which experts from all the concerned areas should be involved.

Furthermore, building large dams is proving to be a more environmentally damaging and costly affair than the gains it provides, hence ecological sensitivity should be taken into consideration from now onwards.

Dam failure results in loss of lives and property at an unimaginable scale and nothing can compensate for that, thus three must be uniform in the laws and regulations related to dams at the national level.

Dam Rehabilitation and Improvement Project (DRIP) to improve safety and operational performance of selected dams, along with institutional strengthening with a system-wide management approach was launched by the government, which is a step in the right direction.