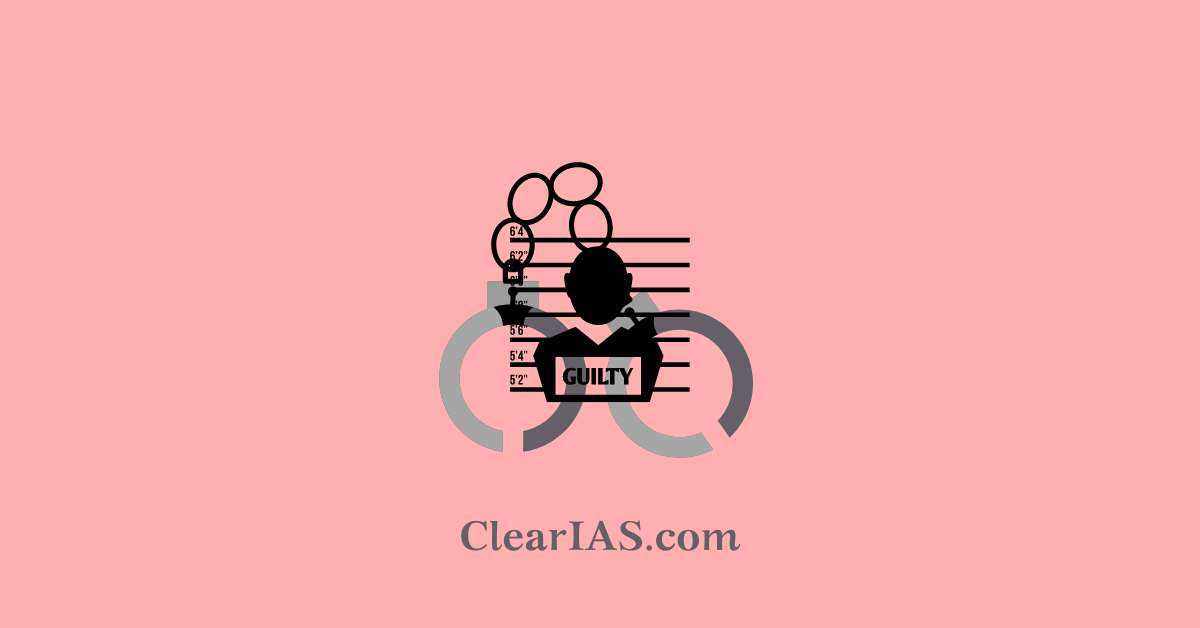 NCRB Report 2021 is released in August 2022. The title of the report is Crime in India and contains data related to the different crimes in the country.

Over the years, NCRB reports have been a valuable source of statistics on a variety of crimes, from economic and financial crimes to crimes against women.

According to the most recent data from the National Crime Records Bureau (NCRB), overall incidents of crime against children increased by 16.2% in 2021 compared to the previous year.

According to the NCRB report, 53,874 or 36.05 percent of the 1,49,404 cases against children reported in 2021 were under the purview of the Protection of Children from Sexual Offenses Act (POCSO).

Both the incidence of crime against children and the number of instances reported in 2021 were lowest in Nagaland, at 6.2 and 51 respectively.

Kidnapping and abduction (45%) were the two most common types of crime against children followed by POCSO in 2021.

Among union territories, Delhi had the highest rate of crimes against children in 2021.

Recent statistics show that crime against women increased by 15.3% from the previous year in 2021.

The majority of these situations fall under the category “Cruelty by a spouse or his relatives, (31.8%) ” which is followed by “Assault on women with an aim to outrage her modesty” (20.8%), kidnapping and abduction (17.6%), and rape (7.4 percent).

The report states that Assam has the highest rate of crime against women in 2021, other top states include Odisha, Haryana, Telangana, and Rajasthan.

UP is at the top of the list in terms of the actual number of cases filed in 2021, followed by Rajasthan, Maharashtra, West Bengal, and Odisha.

In the past three years, Nagaland stood out as having the lowest recorded offenses against women.

Among the Union Territories, Delhi has the highest rate of crime against women in 2021, with an increase over the past three years.

The NCRB also compiles information on crime against women in 19 cities with a population of over 2 million. Among such states, Jaipur has the highest rate, followed by Delhi, Indore, and Lucknow. The lowest rates are recorded in Chennai and Coimbatore, both in Tamil Nadu.

According to the National Crime Records Bureau’s (NCRB) most recent statistics, one in four of the 1,64,033 suicide victims who died in 2021 were daily wage earners.

According to the report “Accidental Deaths and Suicides in India,” daily wage workers continued to represent the highest profession among suicide victims in 2021, accounting for 42,004 suicides (25.6 percent).

The number of suicides at the national level increased by 7.17% from 2020 to 2021. However, the daily wage earner group experienced an increase in suicides of 11.52% over this period.

The term “agricultural laborer” refers to a “person whose major source of income is from agriculture labor activities” and who “mainly works in the farming sector (agriculture/horticulture).

In a research published in the Lancet in 2021, it was stated that “India records the largest number of suicide deaths in the world.”

Among Union Territories, Delhi reported the highest number of suicides (2,840), followed by Puducherry (504).

8% of students died by suicide (one of the highest increases). 1% of the cases were due to exam failure.

Compare to the previous year’s record, there has been a sharp increase in cybercrime cases in Delhi. According to data, the number of incidents of online fraud, online harassment, the publication of explicit content, etc. increased by 111% in 2021 (356 cases) from 168 cases in 2020. For publishing and transmitting sexually explicit content where the complainants/victims are women or juveniles between the ages of 12 and 17 years.

Economic offenses including financial fraud and property fraud saw an increase of 12.35% in 2021.

According to the NCRB, the Chandigarh Police has a 77.3% pendency rate for economic offense cases.