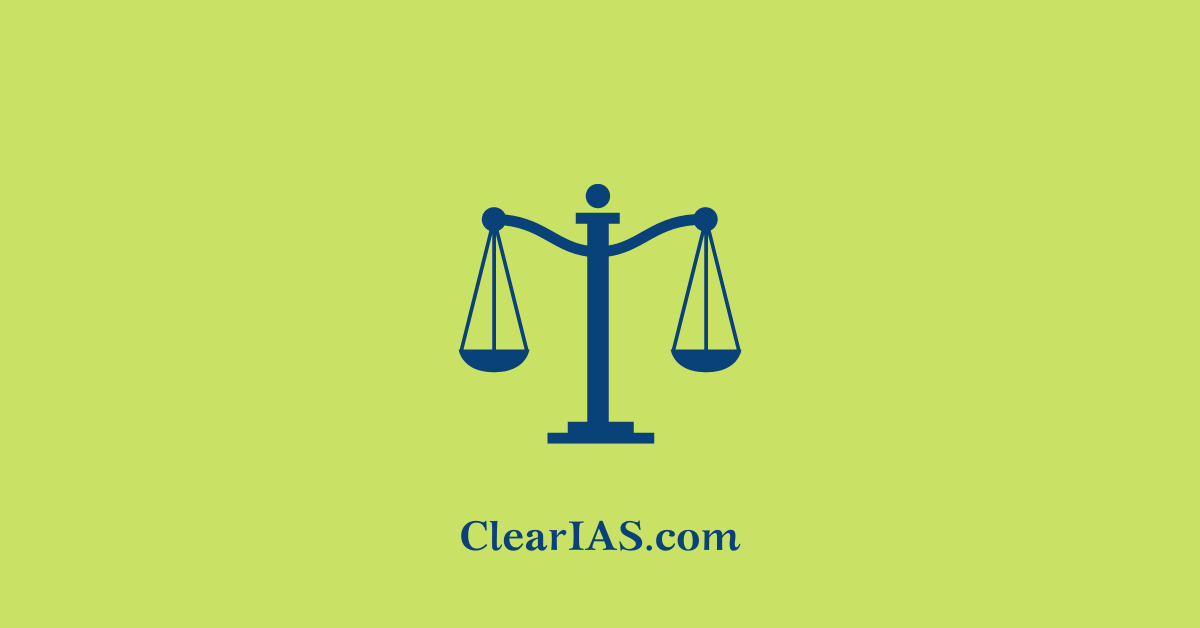 With the Notification of the Central Government, National Green Tribunal (NGT) Act came into force in 2010. NGT exercises the jurisdiction, powers, and authority granted to it by or under NGT Act.

The Tribunal shall be guided by principles of natural justice so it is not bound by the procedure laid down under the Code of Civil Procedure, 1908.

Moreover, the dedicated environmental jurisdiction of the Tribunal will facilitate timely environmental justice and assist in reducing the burden of litigation of high courts.

Composition of the Tribunal

1. National Green Tribunal shall consist of the following-

2. If necessary, the chairman of the Tribunal may invite any one or more persons having specialized knowledge and experience in a particular case.

3. The Central Government may specify the ordinary place or places of sitting of the Tribunal.

4. In consultation with the Tribunal Chairperson, the Central Government may establish regulations that generally govern the practices and procedures of the Tribunal.

Appointment of Members of NGT

The Chairperson, Judicial Members, and Expert Members of the Tribunal shall be appointed by the Central Government.

The Chairperson of the NGT shall be appointed by the Central Government in consultation with the Chief Justice of India.

The Judicial Members and Expert Members of the National Green Tribunal (NGT) shall be appointed on the recommendations of such Selection Committee.

Qualifications of Members of NGT

Qualifications for the appointment of Chairperson, judicial member, and expert member is as follows-

Qualifications for the appointment of Chairperson

Qualifications for the appointment of Judicial Member

Qualifications for the appointment of Expert Member

The Chairperson, Judicial Member, and Expert Member of the Tribunal are not allowed to hold any other office during their tenure.

The Chairperson and other Judicial and Expert Members shall not accept any employment in, or connected with the management or administration of, any person who has been a party to a proceeding before the Tribunal, for a period of two years from the date on which they cease to hold office.

The above provision shall not apply in case of employment under the Central Government or a State Government or local authority or in any statutory authority or any corporation established by or under any Central, State, or Provincial Act or a Government company as defined in the Companies Act, 1956 (1 of 1956).

Term of Office of NGT

The members are not eligible for re-appointment.

The Chairperson, Judicial Member, and Expert Member of the National Green Tribunal must address their resignation to the Central Government by notice in writing under their hand.

Removal and Suspension of Members of NGT

The Central Government may, in consultation with the Chief Justice of India, can remove the Chairperson or Judicial Member of the Tribunal, who-

The Central Government, by rules, regulates the procedure for inquiry.

The Central Government can remove the Chairperson or Judicial Member after an inquiry, made by a Judge of the Supreme Court.

The Chairperson or Judicial Member must be informed of the charges against them and given an opportunity to be heard.

The Expert Member has also been given the opportunity of being heard in the matter of removal.

The Tribunal may, by order, provide:

Tribunal to have appellate jurisdiction

The decision of the Tribunal shall be binding in nature.

Provided that, any person aggrieved by any decision or order of the Tribunal, can file an appeal to the Supreme Court within ninety days of the commencement of the verdict.