Government of India has replaced the old planning commission started in 1950 with a new institution called NITI Aayog on 1 January 2015. It works under the chairmanship of Prime Minister. NITI Aayog (National Institution for Transforming India) will seek to provide a critical directional and strategic input into the development process. It focuses on co-operative federalism.

The centre-to-state one-way flow of policy, that was the hallmark of the Planning Commission era, is now sought to be replaced by a genuine and continuing partnership of states. 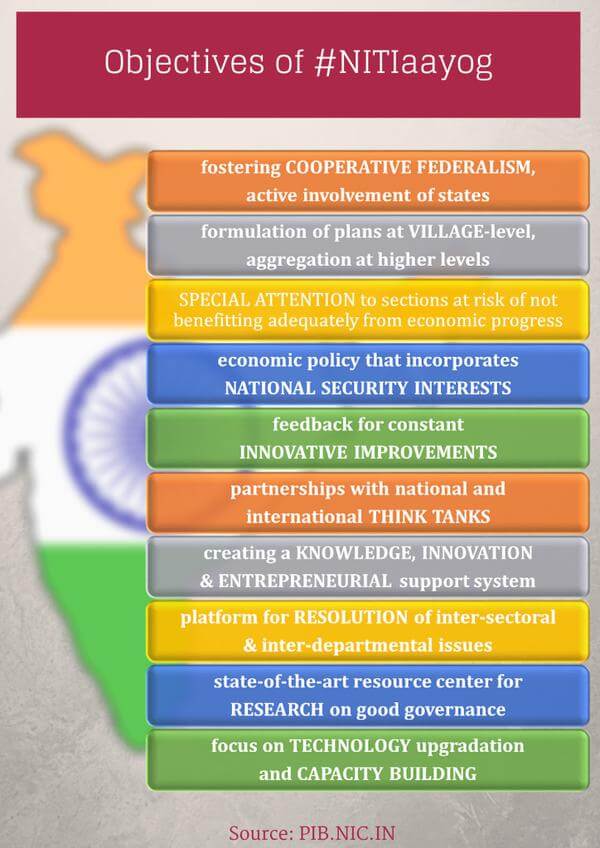 NITI Aayog will aim to accomplish the following objectives and opportunities:

The NITI Aayog aims to enable India to better face complex challenges, through the following:

Structure and Composition of NITI Aayog 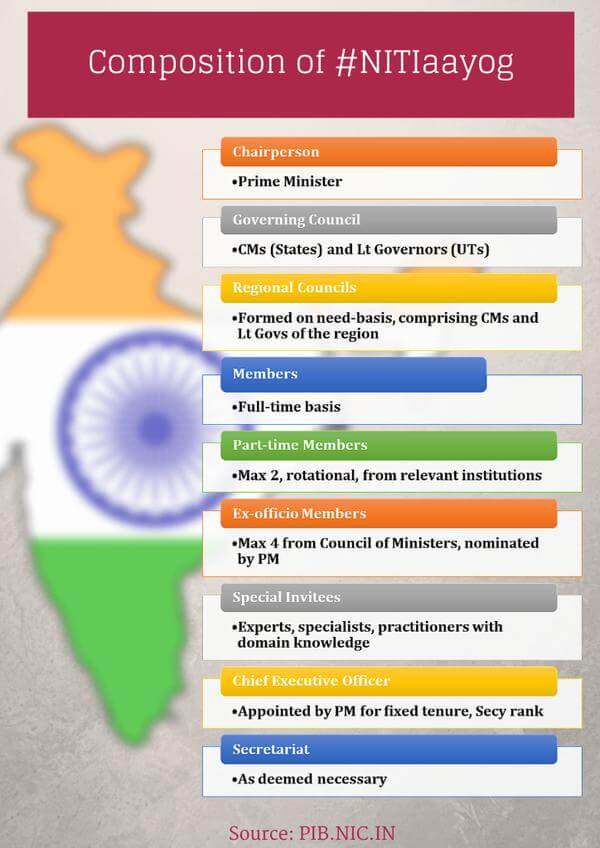 Strategy and Planning in the NITI Aayog will be anchored from State-level. Regional Councils will be convened by the Prime Minister for identified priority domains, put under the joint leadership of related sub-groups of States (grouped around commonalities which could be geographic, economic, social or otherwise) and Central Ministries.

Will comprise of, in addition to the Prime Minister as the Chairperson:

NITI Aayog will function in close cooperation, consultation and coordination with the Ministries of the Central Government and State governments. While it will make recommendations to the Central and State Governments, the responsibility for taking and implementing decisions will rest with them. NITI Aayog will seek to facilitate and empower the critical requirement of good governance – which is people-centric, participative, collaborative, transparent and policy-driven. It will provide critical directional and strategic input to the development process, focussing on deliverables and outcomes. This, along with being as incubator and disseminator of fresh thought and ideas for development, will be the core mission of NITI Aayog.