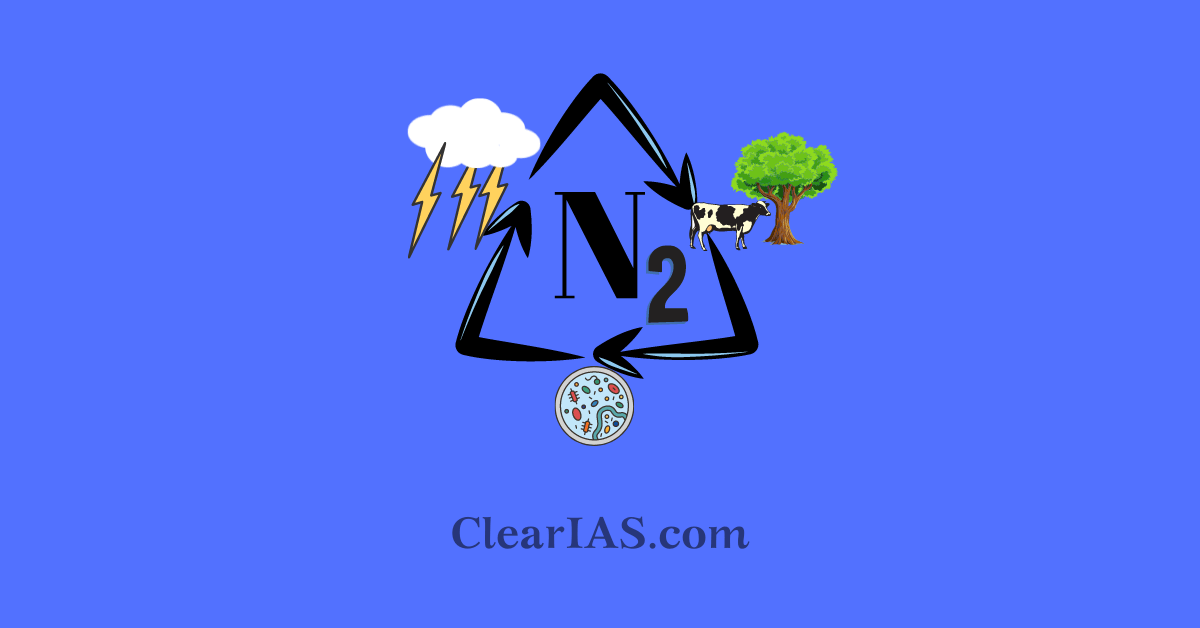 What is the nitrogen cycle? How is nitrogen important to the earth and living organisms? Read to know more.

Nitrogen is the most abundant element in our atmosphere- approximately 78% of the atmosphere, hence is crucial to life. Nitrogen is found in soils and plants, in the water, and the air. It is also essential to life as a key building block of DNA, which determines our genetics, is essential to plant growth, and therefore necessary for the food we grow.

The balance of nitrogen is crucial for the environment and the life it sustains. When plants lack nitrogen, they become yellowed, with stunted growth, and produce smaller fruits and flowers. But when too much nitrogen is supplied it pollutes water systems and endangers aquatic life.

Nitrogen is a chief constituent of the bodies of living organisms as the Nitrogen atoms are found in all proteins, hormones, chlorophylls, vitamins, and DNA.

Plants and microbes compete for the limited nitrogen available in the soil- hence it acts as a limiting agent for both natural and agricultural ecosystems and exists in the atmosphere as N2.

When excess nitrogen enriches the water, it leads to unrestrained growth of plants and algae which block the light from reaching the bottom layers of the water system. This can even cause a lake to turn bright green or other colors, with an “algal bloom” of smelly algae called phytoplankton.

When these phytoplankton dies, microbes in the water decompose them and the process reduces the amount of dissolved oxygen in the water. This can lead to the formation of a “dead zone” that does not have enough oxygen to support most life forms eventually killing the organisms. These dead zones can form in freshwater lakes and also in coastal environments where rivers full of nutrients from agricultural runoff flow into oceans.

The nitrogen cycle is a biogeochemical cycle by which nitrogen is converted into multiple chemical forms as it circulates through the atmosphere, and the terrestrial, and marine ecosystems. The conversion of nitrogen can be carried out through both biological and physical processes.

Stages of the nitrogen cycle: 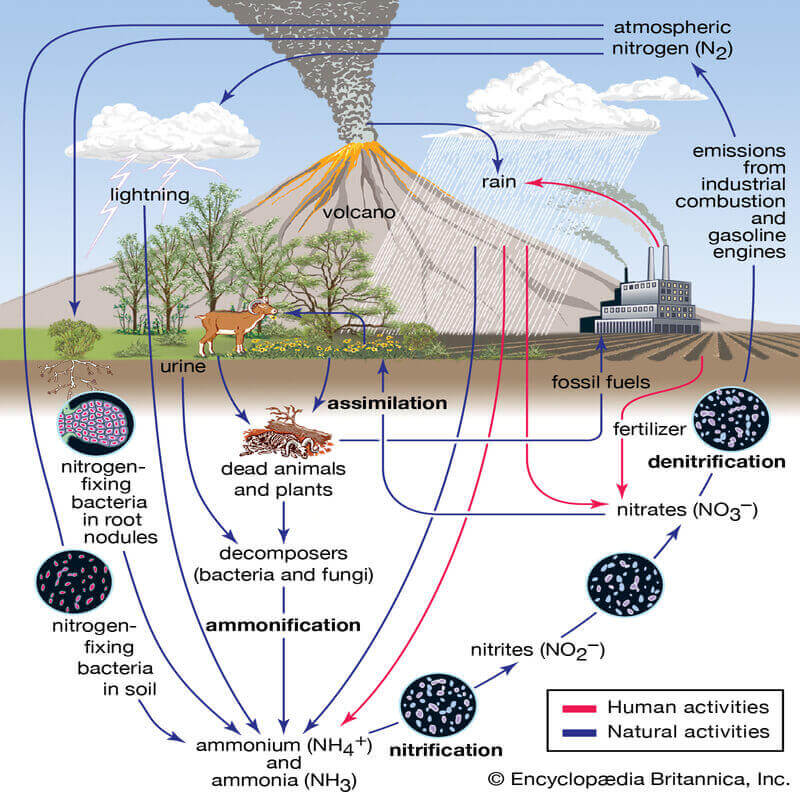 Effect of human activities of the nitrogen cycle:

The excessive use of fertilizers for farming is one of the major causes of eutrophication in water systems. The agricultural runoff contains an uncontrolled amount of nutrients that cannot be balanced by the natural cycle.

Nitrogen gases and aerosols released by factories can be directly toxic to certain plant species, affecting the physiology and growth of plants near large sources of nitrogen pollution. Changes to plant species may also occur, as the accumulation of nitrogen compounds increases its availability in the ecosystem, eventually changing the species composition, plant diversity, and nitrogen cycle.

Reactive nitrogen from human activities can cause nitrate accumulation in the natural water environment, which can create harmful impacts on human health. Excessive use of N-fertilizer in agriculture has been one of the major sources of nitrate pollution in groundwater and surface water which can lead to nitrate poisoning.