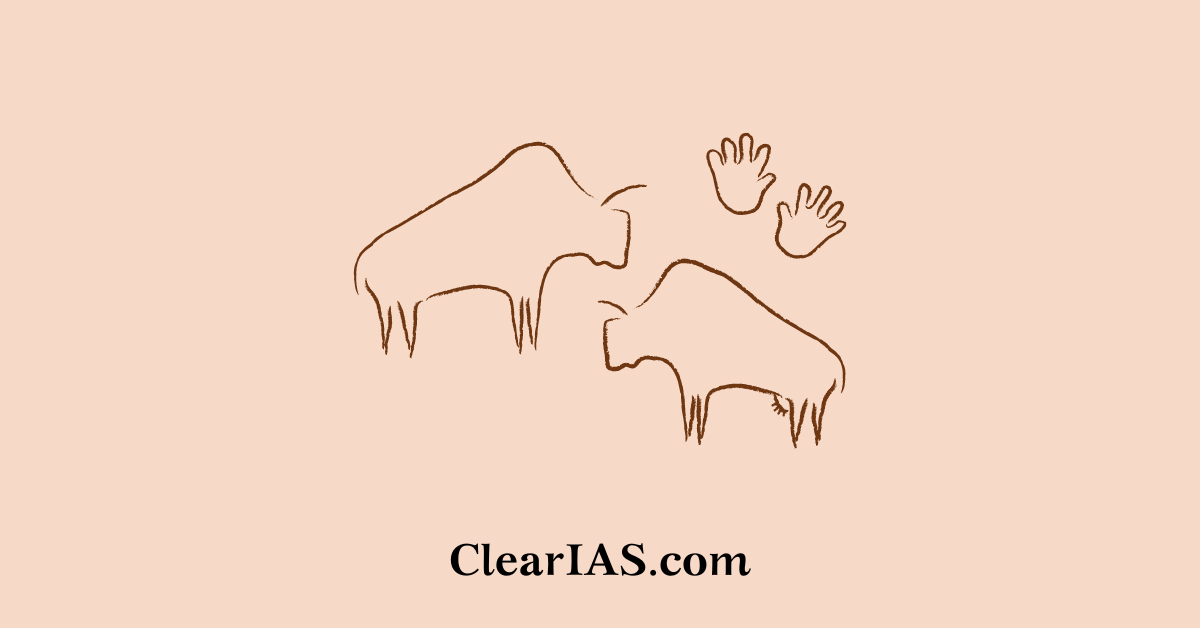 What do you mean by pre-historic India (era) and culture? Are there any sources that exist that help to find out the era? This article gives all the relevant information on Pre-historic India.

History (from the Greek word – Historia, meaning “inquiry”, knowledge acquired by investigation) is the study of the past.

Pre-historic India (era) refers to the time when there was no writing or development. It consists of five periods – Paleolithic, Mesolithic, Neolithic, Chalcolithic & Iron Age.

The sources which help in reconstructing history are:

In literary sources, there are religious literature and secular literature exist.

Sama Veda- tune for chanting during the sacrifice.

Mahabharata is attributed to sage Vyasa.

Originally consisted of 8800 verses and was called Jaya Gita or a song dealing with victory. Got expanded to 24,000 verses and contained the stories of the descendants of one of the earliest Vedic tribes called Bharata, that’s why it came to be known as Bharata.

A further expanded version of 1,00,000 verses was named Mahabharata.

Similarly, the Ramayana of Valmiki originally consisted of 6000 verses than 12,000 verses and was finally expanded to 24,000 verses.

In non-literary sources, there are inscriptions, coins, archaeology and foreign accounts exist.

Pre-historic India (Ancient history) can be divided into different periods according to the tools used by people then.

The primary source of knowledge for the stone age is archaeological investigations because it belongs to the pre-historic India (era), or the time before the invention of writing. The Pallavaram hand axe was discovered by archaeologist Robert Bruce Foote as the country of India’s first Palaeolithic tool.

On the basis of geological age, the type and technology of stone tools, and subsistence base, the Indian stone age is classified primarily into three types- 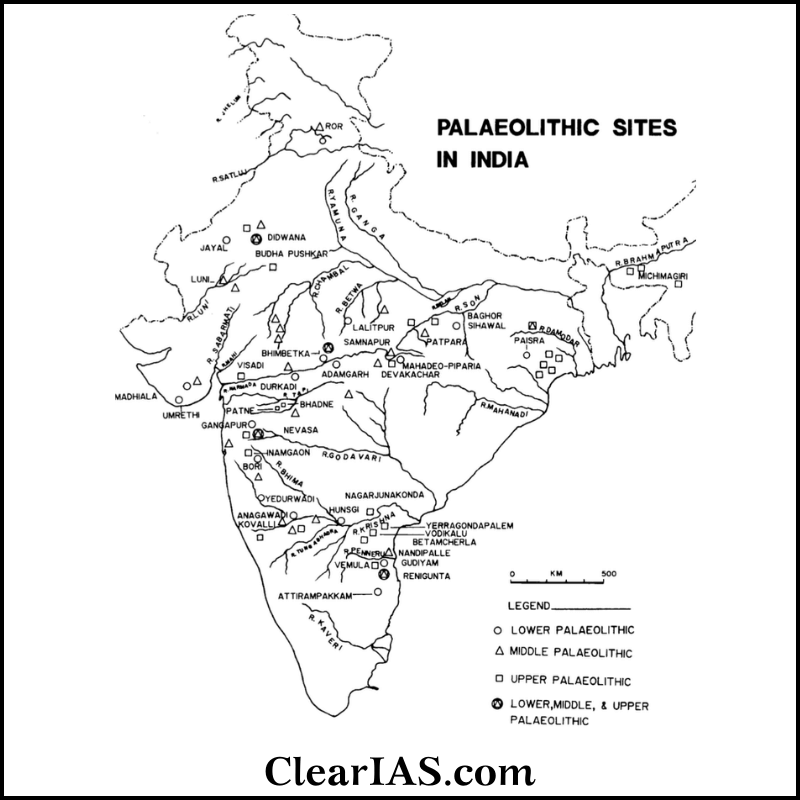 The word “Palaeolithic” is a combination of the Greek words “palaeo” for old and “lithic” for stone. Consequently, the phrase “Palaeolithic age” refers to the pre-historic India stone period.

The Pleistocene epoch, often known as the Ice Age, is a geological era during which the globe was covered in ice and the climate was so cold that neither human life nor plant life could thrive.

During this time, India’s old stone age or Palaeolithic culture emerged. The earliest species of men, however, could have lived in a tropical area where ice had melted.

Main characteristics of the Palaeolithic age –

Palaeolithic men are also called ‘Quartzite’ men in India as the stone tools were made of a hard rock called quartzite. 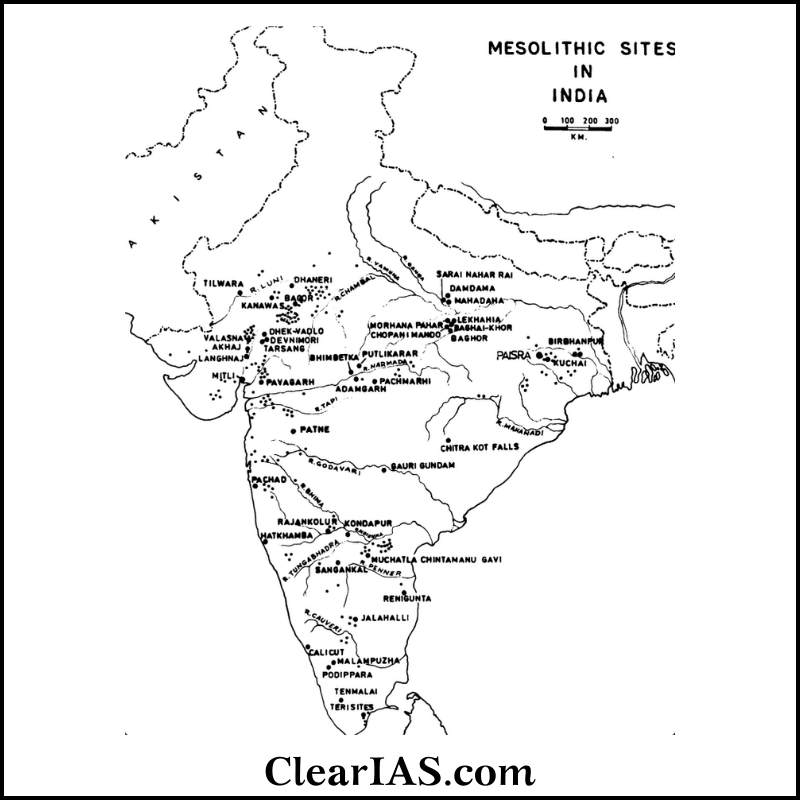 Greek terms for “meso” and “lithic,” respectively, are the source of the phrase “mesolithic.” Meso means in the centre and lithic meaning stone in Greek. The Mesolithic period of prehistory is thus also referred to as the “Middle Stone Age.”

The Mesolithic and Neolithic periods are both considered to be Holocene in age. A rise in temperature and a warming of the environment during this time period caused the ice to melt and brought about changes in the flora and fauna.

Characteristic Features of the Mesolithic Era Neolithic is a name that comes from the Greek words “neo” for new and “lithic” for stone. As a result, the phrase “Neolithic Age” designates the “New Stone Age.” Since it brought about numerous significant changes in man’s social and economic existence, it is also known as the “Neolithic revolution.” In the Neolithic period, man transitioned from being a food gatherer to a food producer.

Characteristic Features of the Neolithic Age

The neolithic people did not live far away from the hilly areas. They inhabited mainly the hilly river valleys, rock shelters and the slopes of the hills since they were entirely dependent on weapons and tools made of stone. 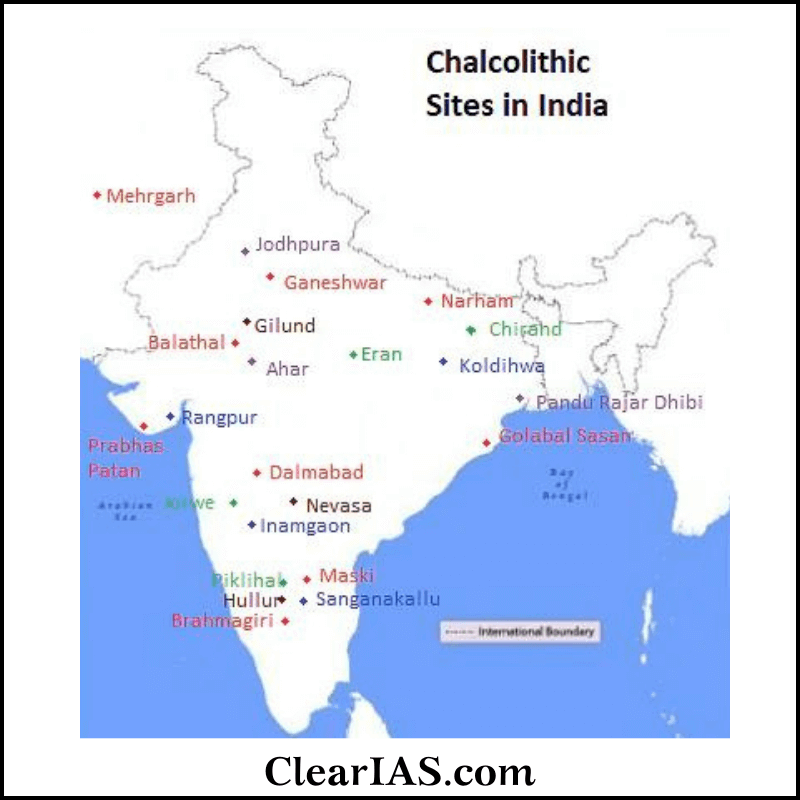 Stone and metal tools began to be used together for the first time during the Chalcolithic Age. Copper was the first metal utilised. The Chalcolithic period was generally considered to be the pre-Harappan period, but it actually began in many areas of the country after the bronze Harappan culture.

Characteristics of the Chalcolithic Age

Also, to read the evolution of paintings from the pre-historic India period to the present age click here.

Since his appearance in the Pre-historic India period, humans have passed through many stages of cultural growth.

Archaeological sources show his existence and subsistence pattern at various sites in different parts of the subcontinent.

He was a hunter-gatherer in the Palaeolithic and Mesolithic periods. By the Neolithic period, he learnt cultivation of crops and domestication of animals