Indian Culture is a vast subject in which there are many sub-areas like art, architecture, sculpture, philosophy, science etc. Not all books on Indian culture and heritage in the market are reader-friendly. Then how can an aspirant study culture topics?

We suggest aspirants start from the book published by NCERT on Indian Culture and then move on to other online and offline sources. The book is titled  ‘An Introduction to Indian Art’ – Part 1. Though many aspirants might not be aware, this textbook provides valuable knowledge for a beginner.

Clear IAS is starting a compilation of the important aspects of Indian culture based on the book ‘An Introduction to Indian Art’ – Part 1 so that aspirants can save time.

Take the ClearIAS UPSC prelims mock test on Indian culture. You not only will learn the important facts related to Indian culture, but will also start to love the subject!

What’s inside: An Introduction to Indian Art’ – Part 1

This NCERT textbook for Class XI extensively covers the tradition of cave paintings in the pre-historic era and their continuation in mural paintings of Buddhist era and later on in various parts of the country, Buddhist, Jain, and Hindu sculptural and architectural developments. During the Indo-Islamic period and before the Mughal rule, another era dawned upon India, which saw massive constructions in the form of forts and palaces. Different aspects of all these styles have been discussed to introduce students with the fabric of India’s culture. The approach is mostly chronological, and it extends from the pre-historic period till the Mughals. 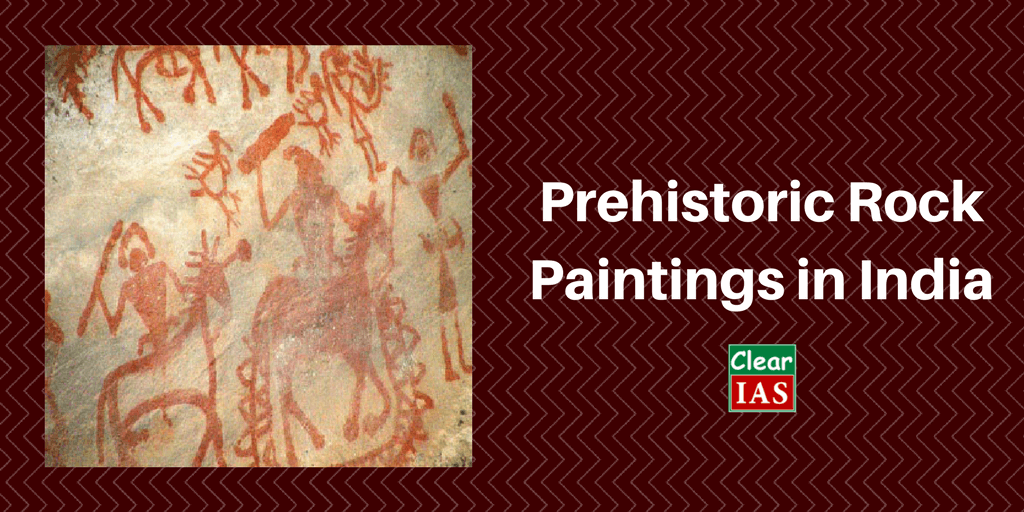 The drawings and paintings can be catagorised into seven historical periods. Period I, Upper Palaeolithic; Period II, Mesolithic; and Period III, Chalcolithic. After Period III there are four successive periods. But we will confine ourselves here only to the first three phases. Prehistoric Era art denotes the art (mainly rock paintings) during Paleolithic Age, Mesolithic Age and Chalcolithic Age. 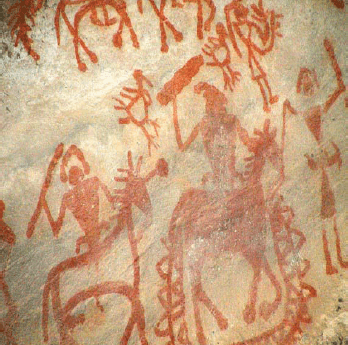