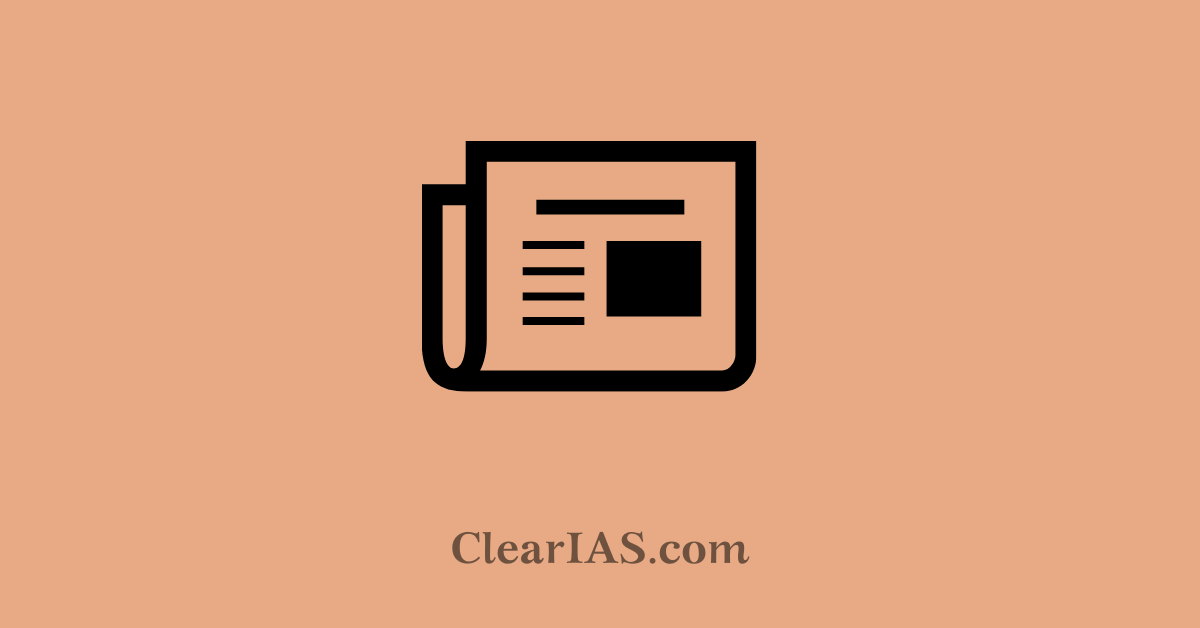 The British are attributed to introducing independent press or participatory journalism in India during the colonial period.

But the British administration put more effort into curbing the Indian press to restrict the nationalistic sentiments propagated through them.

History of Press in India during British rule

Here is a brief history of the development of the press before independence.

1780: James Augustus Hickey started ‘The Bengal Gazette’ also known as ‘Calcutta General advertiser’. This was the first newspaper published in India which was later stopped because it carried critical articles against the company.

1799: Governor-General Richard Wellesley enacted the Censorship of Press Act, 1799 to stop the French from publishing anything against the British. This act brought all the newspapers under Government scrutiny before their publication. This act was later extended in 1807 and covered all kinds of Press Publications newspapers, magazines, books, and Pamphlets. The rules were relaxed in 1818 when Francis Hastings (1813-1823) assumed office.

1823: Licensing Regulation ordinance was brought out by acting Governor-General John Adams. This regulation made press without a license a penal offence. The restriction was directed mainly at Indian-language newspapers or those edited by the Indians. This caused Raja Ram Mohun Roy to repeal his Persian journal ‘Mirat-ul-akhbar’ started in 1822.

1824: Raja Ram Mohun Roy protested against the restriction on freedom of the press.

1835: Press act or Metcalfe act, repealed the Licensing regulations of 1823. Gov.Gen. Metcalfe came to be known as the ‘liberator of the press’ in India. The act required a printer/publisher to give a precise account of the premises of a publication and cease functioning if required by a similar declaration. The result of a liberal press policy was the rapid growth of newspapers.

1857: Licensing act was enacted by Gov. Gen Canning (later Viceroy in 1858) after the Revolt of 1857 to impose stricter restrictions on the press. The right to stop the publication and circulation of any book, newspaper or printed matter was reserved with the Government.

1867: The registration act replaced the Metcalfe act of 1835. The act was said to introduce regulations and no restrictions on the press. The print media now was made to contain the name of the printer, publisher, and place of publication and a copy had to be submitted to the government.

1878: Vernacular Press act by Viceroy Lytton was enacted to curtail the freedom of Indian language newspapers (this law did not apply to English language papers). This was the result of the racial bitterness that has grown between then Indians and Europeans after the incidents of 1857.

1882: The pre-censorship of the Vernacular press act was repealed by Viceroy Ripon.

1908: Newspaper (incitement to offence) Act gave the magistrates power to confiscate press property that published objectionable material likely to cause incitement to murder or acts of violence. This act was triggered by the Extremist nationalist activity during and after the Swadeshi movement of 1906.

1910: Indian press act was a revision of the Vernacular Press Act that empowered the local government to demand a large amount of security at registration from the printer/publisher and forfeit/deregister of newspapers that considered anti-government, and the printer of a newspaper was required to submit two copies of each issue to local government.

1921: The acts of 1908 and 1910 were repealed on the recommendation of the Press committee chaired by Sir Tej Bahadur Sapru.

Important journals or newspapers vs their authors:

The above events and personalities shaped modern journalism in India to what we see today.

The press was and still is a medium of change in the world and hence a very powerful tool in itself.

History is in itself a fine example of press and journalism helps in shaping the socio-religious, as well as the political scenario of a country.