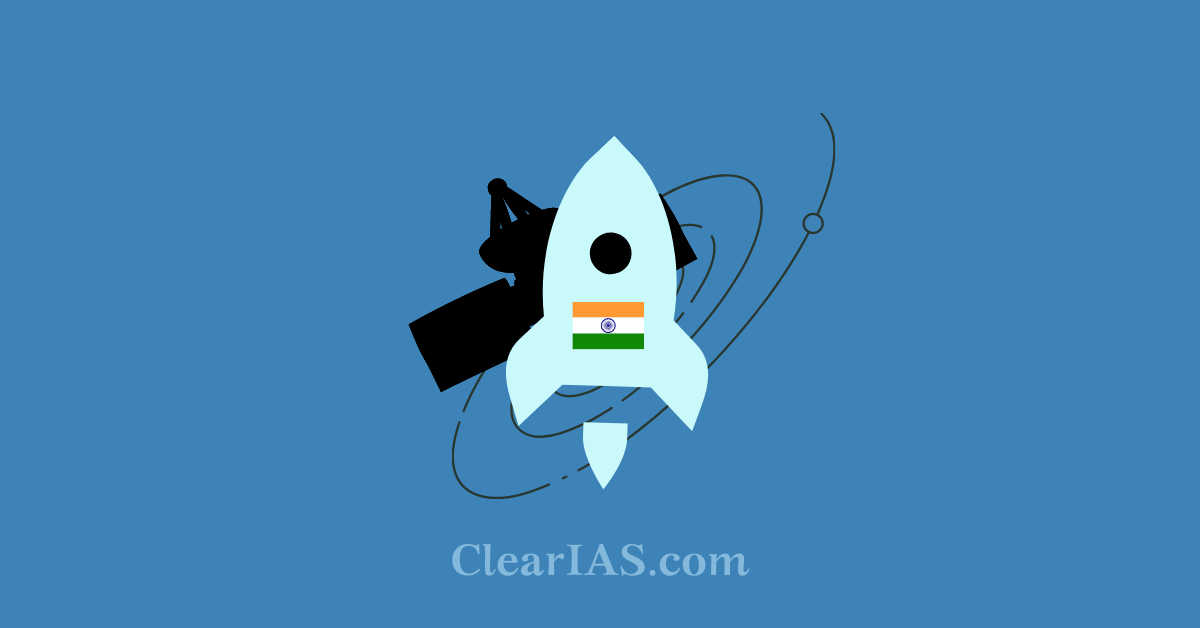 The Indian Space program is characterized by a vision to use space technology for national development.

The primary objective of the space program is to establish operational space services in a self-reliant manner in the thrust areas of satellite communication, satellite-based resource survey/management, satellite navigation, satellite meteorological applications, and other emerging areas and to carry out sustained research and development in these areas.

ISRO is responsible for-

To enable enhanced participation of Indian Industries in taking up high-tech space-related activities, the Government of India has incorporated NewSpace India Limited (NSIL), a wholly-owned Central Public Sector Enterprise (CPSE), under the administrative control of the Department of Space.

In June 2020 the government announced a new organization, IN-SPACe, part of reforms to increase private participation in the space sector. A look at its objectives, and what it means to the future of space exploration.

To enhance the diffusion of space technology and boost the space economy within the country, the Department of Space (DOS) is encouraging the participation of private companies in space activities.

ISRO shall complement DOS in its objective of opening up the space sector to private industries. In this regard, the following reforms are proposed in the mode of execution of space activities in the country:

Why private participation in the space sector?

But the Indian industry had a bare 3% share in a rapidly growing global space economy which is already worth at least $360 billion. Only 2% of this market is for rocket and satellite launch services, which require fairly large infrastructure and heavy investment. The remaining 95% related to satellite-based services, and ground-based systems.

Several Indian companies are waiting to make use of these opportunities and a few companies are in the process of developing their launch vehicles, the rockets like ISRO’s PSLV that carry the satellites and other payloads into space.

Hence, the need for the expanding space sector and readiness of private sector players have given the idea encouragement. ISRO is also ready to provide all its facilities to private players whose projects had been approved by IN-SPACe. Private companies could even build their launchpad within the Sriharikota launch station, and ISRO would provide the necessary land for that.

IN-SPACe is supposed to be a facilitator, and also a regulator. It will act as an interface between ISRO and private parties and assess how best to utilize India’s space resources and increase space-based activities.

The private participation will help give the Indian space sector the boost and pace it needs to match up to other mature space agencies like NASA.

There are several ambitious space missions lined up in the coming years, including a mission to observe the Sun, a mission to the Moon, a human spaceflight, and then, possibly, a human landing on the Moon. And to achieve all this ISRO needs the help and back up by opening up to the private sector.

The space sector can play a catalytic role in the technological advancement and expansion of the Indian industrial base. India is among a few countries with advanced capabilities in the space sector hence with the reforms, the sector will receive new energy and dynamism, to help the country leapfrog to the next stages of space activities. And there need more steps to make the Indian space sector an inclusive and successful venture:

The Make in India initiative is relevant and of utmost value in the space sector as well. The space sector needs more participation to boost the country’s space programs to newer heights at a faster pace.