What are the Ramsar sites in India? How can you memorize the names of Indian wetlands?

A wetland is a place where the land is covered by water. Marshes, ponds, the edge of a lake/ocean, the delta at the mouth of a river, low-lying areas that frequently flood — all of these are wetlands.

Wetlands of international importance are also known as Ramsar sites.

Why wetlands are called ‘Ramsar sites’?

More than 2300 wetlands of international importance! 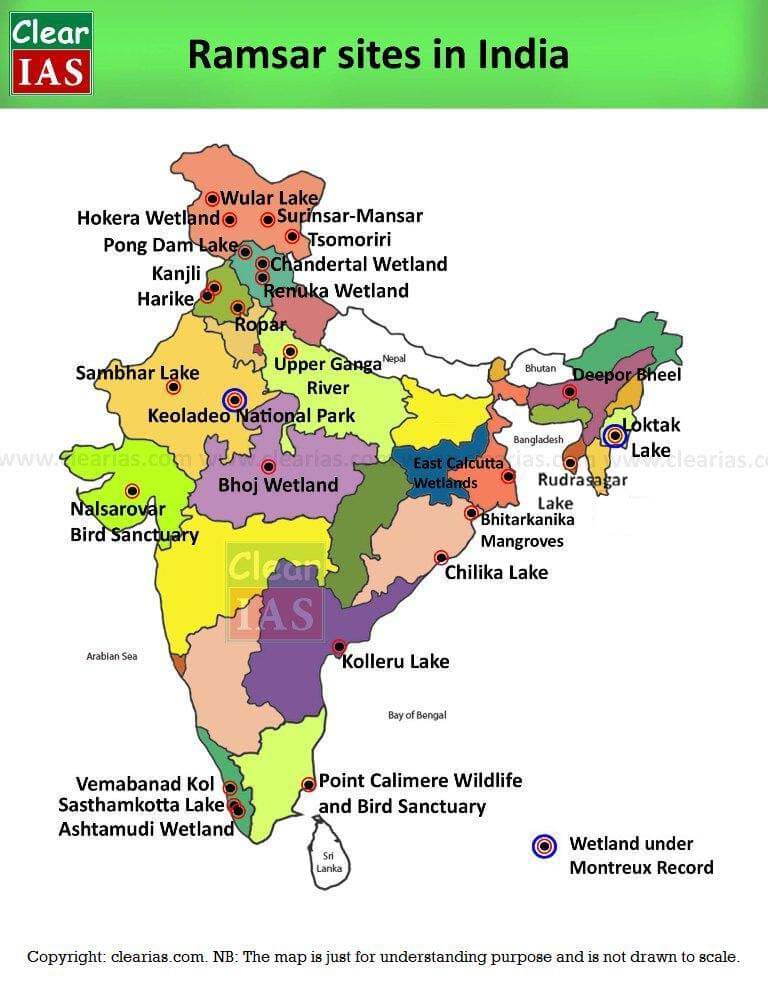 * – Both sites are included in Montreux Record.

Three pillars of the Ramsar Convention

Under the “three pillars” of the Convention, the Contracting Parties commit to:

The Montreux Record is a register of wetland sites on the List of Wetlands of International Importance where changes in ecological character have occurred, are occurring, or are likely to occur as a result of technological developments, pollution or other human interference. It is maintained as part of the Ramsar List.