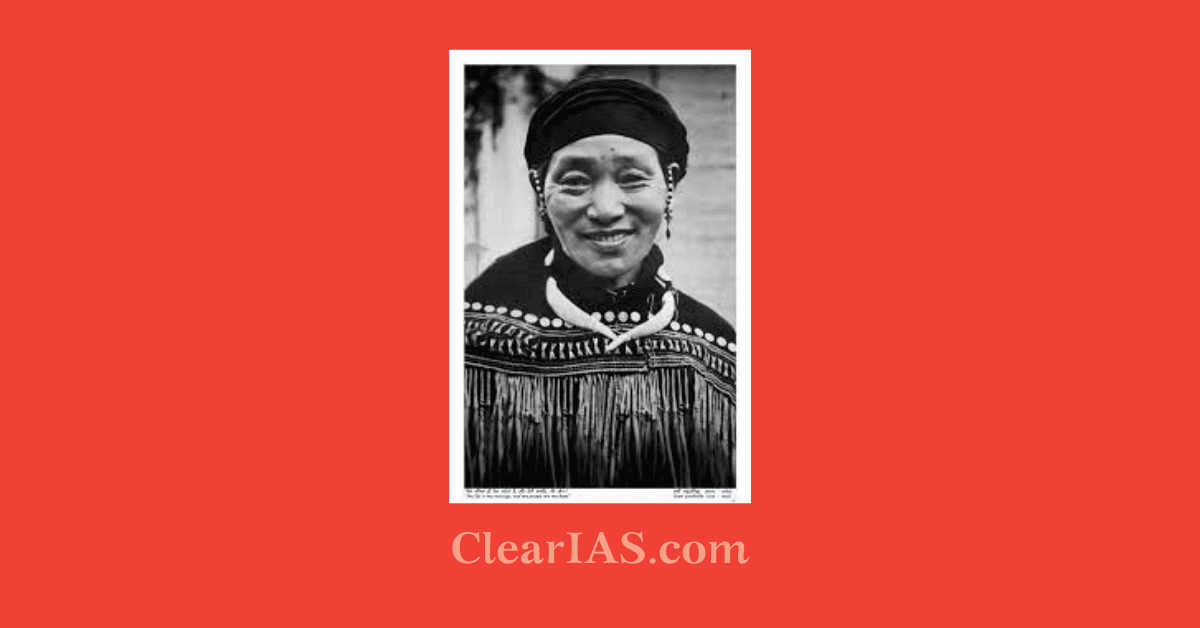 Rani Gaidinliu, the Daughter of the Hills, spent 14 years in jail for fighting the Brtish. Read to know more about her valiant life.

Gaidinliu (1915 – 1993) was a spiritual and political leader of Nagas who led a revolt against British rule in India.

Gaidinliu was arrested in 1932 at the age of 16 and was sentenced to life imprisonment by the British rulers.

After spending her youth years in jail, Gaidinliu was released in 1947 when India became independent.

Jawaharlal Nehru, the first Prime Minister of India’ gave her the title of “Rani” (“Queen”), and she gained local popularity as Rani Gaidinliu.

The early life of Rani Gaidinliu:

A spiritual and political leader, Gaidinliu, of the Rongmei tribe, was born on January 26, 1915, at Luangkao village. She was always keen to preserve the identity and culture of her community, the Zeme, Liangmai, Rongmei, and Inpui, a mix of blood-related tribes that are also referred to as ‘Zeliangrong’ and are spread across Assam, Manipur, and Nagaland.

She became associated with freedom fighter and religious leader, Haipou Jadonang, who was also her cousin, at the age of 13. She became his lieutenant in the social, religious, and political movement. Jadonang, who was also a Rongmei, started the ‘Heraka movement’ which was based on the ancestral Naga religion. He envisioned an independent Naga kingdom (or Naga-Raja).

Rani Gaidinliu’s fight against the British:

Rani Gandinliu’s association with Jadonang and Heeraka movement pushed her into the fight with the British. After the execution of Jadonang, she took up the leadership of the movement which slowly turned political from religious. Rani started a serious revolt against the British and was eventually imprisoned for life for 14 years.

She established a tribal organization, Kabini Samiti in 1934.

Jawaharlal Nehru met Gaidinliu in Shillong in 1937 and promised to pursue her release from jail.

She was finally released in 1947, after India’s independence, on first prime minister Jawaharlal Nehru’s orders. Nehru described Gaidinliu as the “daughter of the hills” and he gave her the title of ‘Rani’ for her courage.

What was the Heraka Movement?

Heraka was a socio-religious movement that arose in the 1920s in the Zeliangrong territory. Heraka, which means pure, is a monotheistic religion where the followers worshipped Tingkao Ragwang.

It was started by Jadonang to resist the infiltration of Christian missionaries as well as the reforms imposed by the British government. He witnessed the repression by British officers, who forced the tribals into harsh labour and imposed high yearly revenue tax on every household. Gaidinliu was at the forefront of the Heraka movement.

In 1931, Jadonang was arrested by the British and after a mock trial and was hanged for opposing the colonial rule on 29 August 1931. To ensure the movement does not die down with Jadonang, Gaidinliu took up the mantle from her cousin.

She linked her spiritual role as a leader of the socio-religious movement to her role as a nationalist and constantly evoked Mahatma Gandhi’s efforts at the national level to inspire her people to rebel against the British.

Gaidinliu began her version of the Non-cooperation Movement among Naga tribes. She made it difficult for the British administration to function in the region after she instructed all households to abstain from paying taxes.

She passed away on February 17, 1993, at her native village Luangkao.

She was bestowed with many honours including the Tamrapatra in 1972, Padma Bhushan in 1982, Vivekananda Sewa Summan in 1983, and Stree Shakti Puraskar in 1991.

She was posthumously awarded the Bhagwan Birsa Munda Puraskar in 1996.

The Government of India also issued a commemorative stamp in her honour in the same year.

In 2015, on her birth anniversary, the Centre issued commemorative coins of Rs 100 and a circulation coin of Rs 5 in her honour.

The museum project was sanctioned by the Ministry of Tribal Affairs, Government of India in 2019.

The museum would help preserve and exhibit artefacts related to the tribal freedom fighters, involved in different stages of the fight against the British colonial rule like the Anglo-Manipuri War, Kuki-Rebellion, Naga-Raj movements, among others.

To recognize the contribution of freedom fighter Rani Gaidinliu who valiantly fought against the Britishers, the 44 Assam Rifles inaugurated a new air lounge named after her at Manipur’s Tamenglong district.