ClearIAS » Economics Notes » Retrospective Taxation In India: All You Need To Know 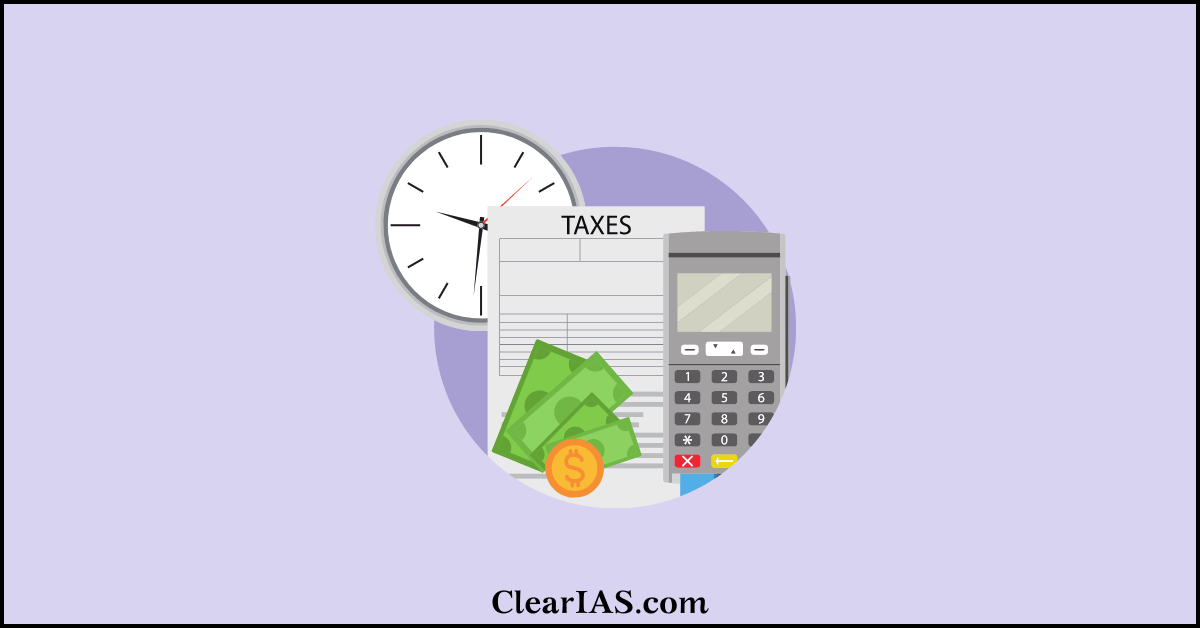 Retrospective taxation allows a country to pass a rule on taxing certain products, items, or services and deals and charge companies from a time behind the date on which the law is passed.

Apart from India, many countries including the USA, the UK, the Netherlands, Canada, Belgium, Australia, and Italy have retrospective taxed companies.

History Of Retrospective Taxation In India

As a result of the Finance Amendment Act, of 2012, retrospective taxation was introduced in India to impose taxes on deals executed after 1962 which involve transfers of shares in foreign corporations with existing assets in Indian jurisdictions.

In 2007, Vodafone acquired Hutchison for an $11 billion deal through an overseas holding company. India sent a notice to the UK telecom company. Vodafone challenged the notice in Supreme Court and the judgment favored the company.

The Union government amended the finance act and introduced retrospective taxation. In September 2020, a tribunal in The Hague ruled that India’s retrospective tax bill on Vodafone breached an investment treaty between India and the Netherlands.

Cairn UK had transferred shares of Cairn India holdings to its counterpart, Cairn India in 2007. In 2012, India’s retrospective tax amendment was introduced. Cairn received a notice from India’s Income Tax department in 2014.

Cairn Energy called the tax imposed illegitimate and initiated an international arbitration to challenge the retrospective taxation. The arbitration tribunal in The Hague ruled in 2020 that the Indian government must pay $1.2 billion-plus taxes to the oil and gas firm.

Timeline of Events for implementation of the Taxation Laws (Amendment) Act, 2021 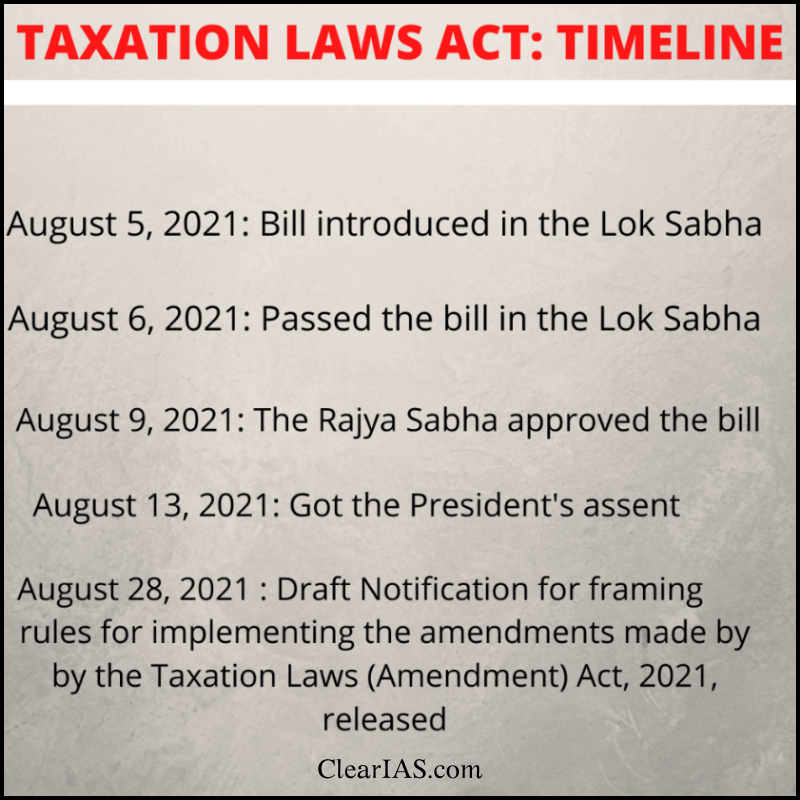 Retrospective taxation meant that the government could impose and collect tax on a transaction or a deal that occurred in the past.

Is this an uncommon occurrence? No.

There have been many instances of retrospective amendments in tax laws.

In this case, it was pretty evident that the amendment made by the Government of India in 2012 was to overcome the judgment of the Supreme Court in the Vodafone case. This led to plenty of criticism of the Indian government on home grounds and overseas.

While it is debatable whether or not a country should impose a retrospective levy, the context of the levy, in this case, made the whole scenario entirely controversial.

Click here to know more about Goods and Services Tax

In order to promote private sector investment, it is necessary to have a stable and predictable tax regime. With the scrapping of the retrospective tax regime, India is expected to instill confidence in the regulatory and tax framework of the country among private investors.