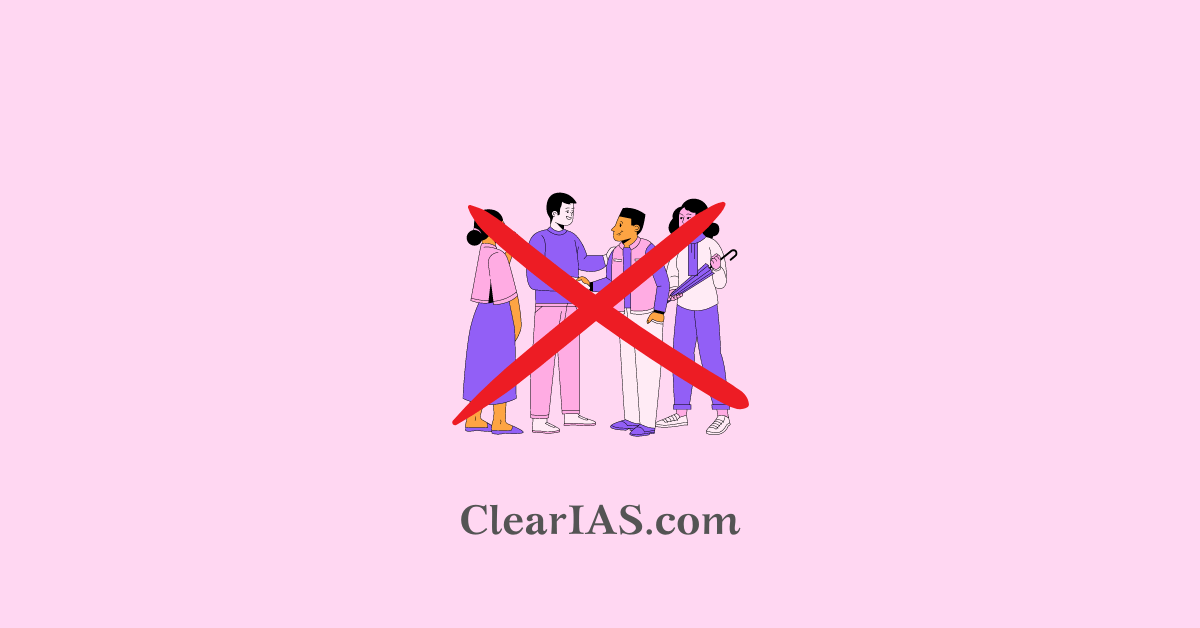 What does Section 144 of CrPC mean?  Know how Section 144 meaning and use evolved based on different Court rulings.

This colonial-era law empowers a district magistrate, a sub-divisional magistrate, or any other executive magistrate authorized by the state government, to issue orders to prevent cases of danger or nuisance in a region.

Section 144 has its origin in colonial legislation but it is re-enacted in 1973 CrPC as The Code of Criminal Procedure, 1973.

It provides the authority with the power to issue an order in circumstances of imminent danger or annoyance.

If a District Magistrate, Sub-District Magistrate, or any other Executive Magistrate specifically designated by the State Government in this regard determines that there is sufficient cause for proceeding under this section and that immediate prevention or speedy remedy is desirable, the Magistrate may, by written order stating the relevant facts of the case, order any person to refrain from engaging in a particular act.

Section 144 can be imposed if the magistrate believes that such a directive will likely avoid any injury to any person lawfully employed. Believes that such an event potentially can be a threat to human life, health, or safety and can be a disturbance of public peace and order.

What is the meaning of Section 144 of CrPC?

Under Section 144 of CrPC, a magistrate of a state or UT can issue an order preventing a meeting of four or more people in a given area.

Important features of this Section

No order made in accordance with this provision may be in effect for longer than two months (02 Months) after it is made.

The State Government may, by notification may extend the validity at its discretion for two additional months, up to a total of six months. So, its implementation cannot extend beyond 06 months.

The issue is that because Section 144 is written in such broad and ambiguous words and with so little effective control, it ultimately gives the executive very extensive discretion in deciding whether to prohibit gatherings. As a result, it serves as a sword rather than a shield to stop acts of violence committed in public protests and marches.

The Supreme Court’s panel, which included Justices R Subhash Reddy and B R Gavai, stated that enacting Section 144 will directly affect the public’s fundamental rights. Therefore, it stated in its judgment on petitions challenging the closure of the internet and restrictions on people’s movement in J&K, that this power “should be used responsibly, only as a tool to preserve peace and order.” When there is a threat of danger, Section 144’s remedial as well as preventative powers can be used, but the threat must be of an “emergency” nature and must be intended to avoid obstruction, irritation, or harm to any person who is legitimately employed, the court ruled.

But in reality, this criterion is hardly ever followed. The extensive application of Section 144 over the past few days is proof of this. For instance, without any evidence that there was a legitimate fear of violence, Section 144 got imposed on the cities, affecting millions of people. In fact, the police and government justified the Section 144 order by pointing to unrest in other parts of the nation and potential annoyances caused by protestors. But neither of those justifications is allowed by our Constitution.

It provides absolute power to the magistrate without justification.

Any remedy against the order lies with the magistrate himself in the form of revision of the application.

According to the provisions, If a person’s fundamental rights are in jeopardy, they can file a writ petition to have the High Court involved. There are worries that the rights may have already been violated before the High Court steps in.

Imposing prohibitory order over a large area irrespective of the security situation of a particular area.