Sutlej-Yamuna Link Canal (SYL Canal) is a 214 km water way proposed to connect the Sutlej River in Punjab to Yamuna canal in Haryana. However there are lot of controversies in news about the project. This post analyses in detail, the issues connected with Sutlej-Yamuna Link Canal, stand taken by the governments involved, court observations etc.

What should you know about Sutlej-Yamuna Link Canal?

The proposed canal transfer water from Punjab to Haryana. 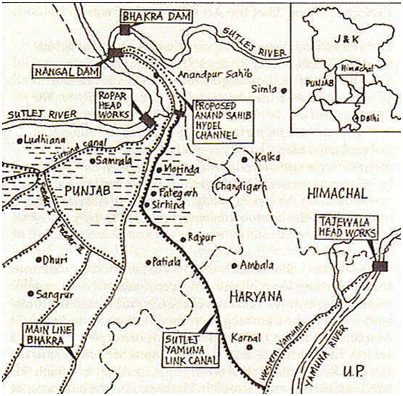 Controversies about the SYL Canal: Chronology

Now let us see the chronology of controversies surrounding the canal

Present status of the SYL canal: 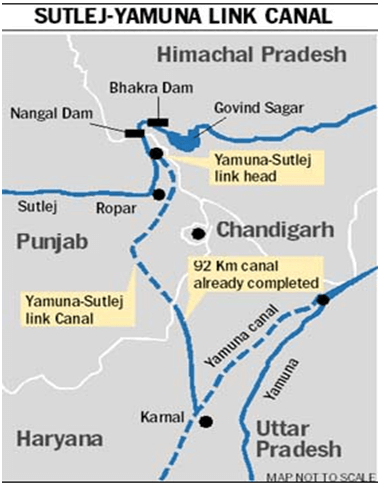 Issues associated with the SYL controversy:

Article 143 of the Constitution

(1) If at any time, it appears to the President that a question of law or fact has arisen, or is likely to arise, which is of such a nature and of such public importance that it is expedient to obtain the opinion of the Supreme Court upon it, he may refer the question to that Court for consideration and the Court may, after such hearing as it thinks fit, report to the President its opinion thereon.

The Central government has its role cut-out, to resolve the issue before it assumes gigantic proportions. The fact that, one of the contending states is going for elections in the near future, adds political overtone to the already complex situation. The issue needs a political solution, as even Supreme Court appears to be in a dilemma. It is time for the leaders to show wisdom and non-partisanship, giving due credits to the claims of all contending parties involved.