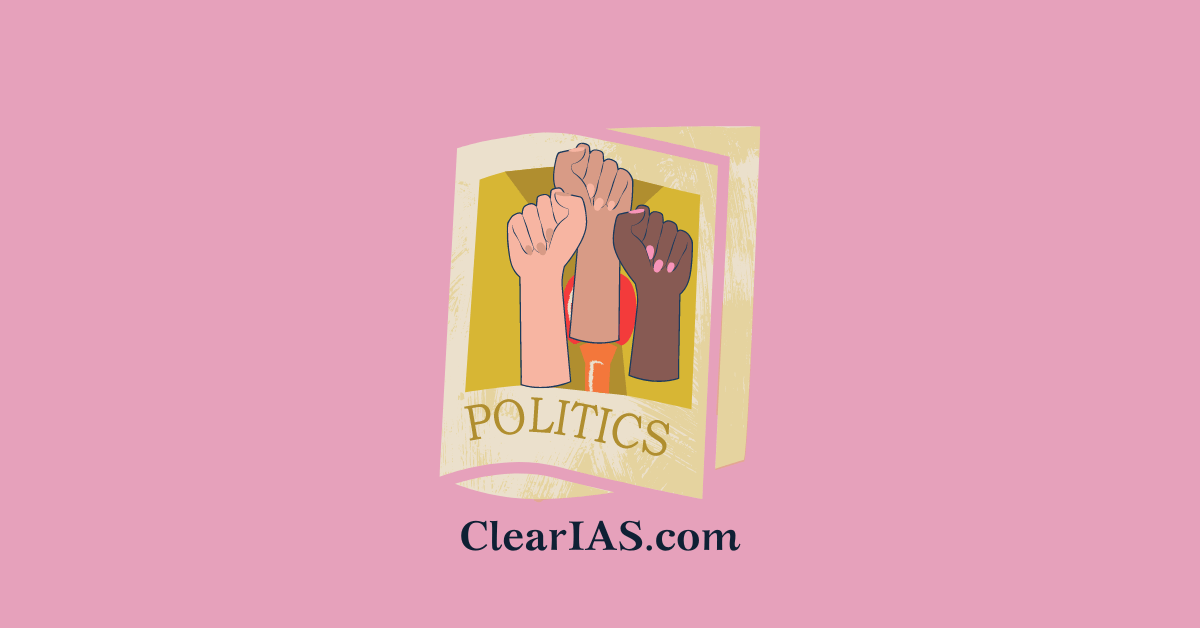 Achieving gender parity in politics is still a long way off, as data show that women are underrepresented at all levels of decision-making globally.

According to UN Women, as of September 2022, there were 30 women serving as elected heads of state and/or of government in 28 countries (out of a total of 193 UN member states).

Despite a large increase in the number of women participating in elections, data on women’s representation in the Lok Sabha and Rajya Sabha indicate that the proportion of women representatives has remained low in comparison to their male counterparts.

Due to patriarchal social norms and beliefs, women have historically been marginalized and exploited in India. Social reform movements that started in the 19th century were successful in promoting the welfare and empowerment of women.

After India gained independence, its Constitution established equal rights for men and women in all political, social, and economic spheres.

PRIs in rural areas and municipalities or municipal corporations in cities and towns make up India’s third tier of local government.

In 1992, the 73rd and 74th constitutional amendments were introduced to “provide new opportunities for local level planning, effective execution, and monitoring of various social and economic development programs in the country.”

One of the most significant and transformative features of these amendments was the requirement that one-third of the seats up for election in local bodies be reserved for women.

Studies have shown that the policy led to a phenomenal rise in the political participation of women at the local level. Since then, 20 of India’s 28 states have raised the reservation to 50 percent.

Social stereotypes, a male-dominated political party structure, family obligations, a lack of resources, and different institutional barriers all prevent women from running in and winning state or parliamentary elections. Details of such challenges faced by women are:

The patriarchal mindsets that plague India’s male-dominated party structures make it difficult for female politicians to win party nominations to stand in parliamentary elections. Election results reveal that while most political parties promise in their charters to ensure enough representation for women, in practice far too few women candidates receive party tickets.

Women candidates receive fewer tickets from political parties because it is still largely believed in the political community that they have a lower chance of winning elections than men do. Even female members of political dynasties are more likely to be assigned “safe” seats those that had been held by a male relative where their success is almost guaranteed.

Election campaigns in India are extremely demanding and time-consuming.  Due to their responsibilities for family and kid care, women politicians frequently struggle to engage completely. In fact, research shows that having a supportive family is essential for women leaders to be able to pursue a full-fledged political career.

Financing campaigns are another barrier due to the fact that many women rely on their families for financial support. The cost of contesting parliamentary elections can be very high, and substantial financial resources are needed to mount a serious effort.

There is also the danger of criminalized politics, in which strength becomes more important than intellect. As a result, women are more inclined to compete for reserved seats, which are known to be less competitive and hence less influenced by money and muscular power.

Capacity Building Programme ‘She is a Changemaker’

The National Commission for Women (NCW) launched a pan-India capacity-building program, “She is a Changemaker,” for women representatives at all levels, from gram panchayats to parliament members and political workers, including office bearers of National/State political parties, to enhance the leadership skills of grassroots women political leaders.

The capacity-building program will be carried out in collaboration with regional training institutions with the aim of enhancing the decision-making and communication abilities of female political leaders, including oration, writing, etc.

Political empowerment is fundamentally facilitated by legislative representation, which makes it possible to take part in the making of laws. Legislative bodies are essential for generating discussion and debate about various aspects of governance as well as for holding the government to account. The level of gender equality in parliamentary politics is mostly determined by the proportion of women in the national parliament.  India is the largest and one of the most resilient parliamentary democracies in the world with a female population of 662.9 million.  As the movement for women’s political emancipation gathers momentum, women’s organizations and civil society must continue to help them assert their presence within the larger political and social landscape.