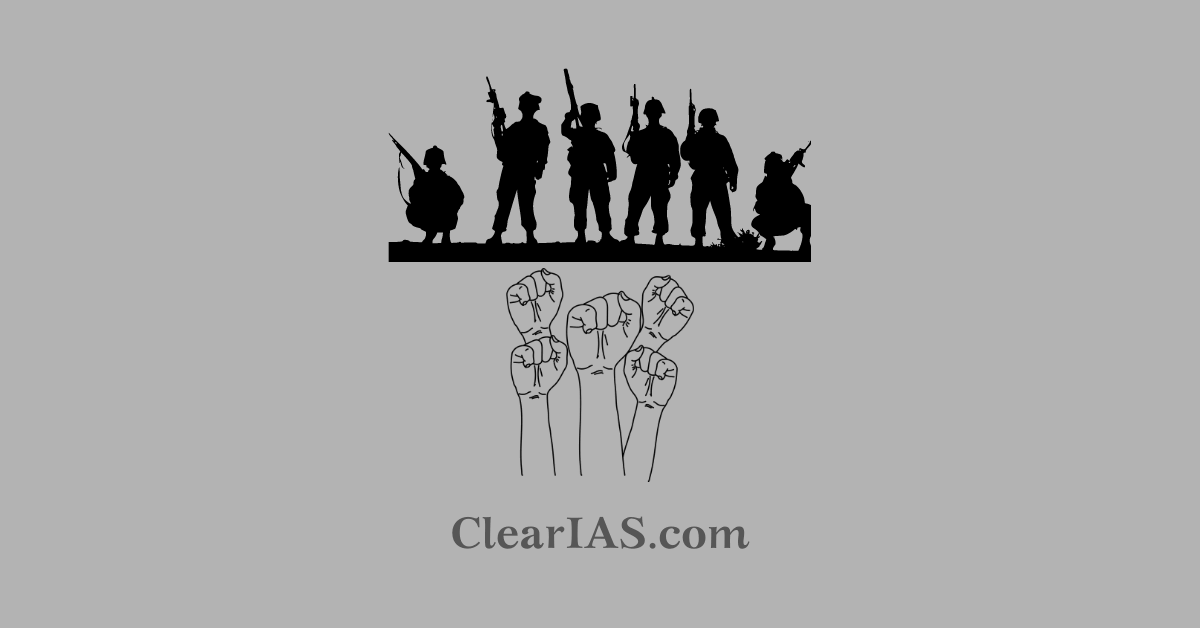 What is AFSPA and why is it in news? What are the provisions of the act? Why is the act so controversial? Read to know more.

The Nagaland Cabinet on December 2021 recommended that the Armed Forces Special Powers Act (AFSPA), 1958 be repealed from the state after the incident in Mon district in which security forces gunned down 13 civilians.

This has been a long-standing demand in the Northeastern states. After the firing, Nagaland Chief Minister Neiphiu Rio and Meghalaya Chief Minister Conrad Sangma have both called for the repeal of AFSPA.

A disturbed area is one where the “use of armed forces in aid of civil power is necessary”. Under section 3 of the AFSPA, any area can be declared disturbed due to differences or disputes between members of different religious, racial, language, or regional groups or castes or communities. The power to declare any territory “disturbed” initially lay with the states, but passed to the Centre in 1972.

The Act also allows the forces to arrest a person and enter and search premises without a warrant.

The AFSPA also protects security forces from legal proceedings unless cleared by the centre. The Act applies not only to the three armed forces but also to paramilitary forces such as the Central Reserve Police Force (CRPF) and the Border Security Force.

This controversial law is in place in Nagaland, Assam, Manipur (excluding seven assembly constituencies of Imphal), and parts of Arunachal Pradesh, besides Jammu and Kashmir. Tripura and parts of Meghalaya were removed from the list.

The Armed Forces Special Powers Ordinance of 1942 was promulgated by Viceroy Linlithgow for the British colonial government on 15 August 1942 to suppress the Quit India Movement.

Article 355 of the Constitution of India confers power to the Central Government to protect every state from internal disturbance.

1951: There was a boycott of the first general election of 1952 by the Naga National Council, which later extended to a boycott of government schools and officials.

To deal with the situation, the Assam government imposed the Assam Maintenance of Public Order (Autonomous District) Act in the Naga Hills in 1953 and intensified police action against the rebels.

As the situation worsened, Assam deployed the Assam Rifles in the Naga Hills and enacted the Assam Disturbed Areas Act of 1955, providing a legal framework for the paramilitary forces and the armed state police to combat insurgency in the region. But the Assam Rifles and the state armed police could not contain the Naga rebellion and the rebel Naga Nationalist Council (NNC) formed a parallel government “The Federal Government of Nagaland” on 23 March 1956.

Later the territorial scope of the act also expanded to the seven states of the North-East – and the words “The Armed Forces (Assam and Manipur) Special Powers Act, 1958” were substituted by “Armed Forces (Special Powers) Act, 1958”, getting the acronym of AFSPA, 1958.

The central government enacted the Armed Forces (Punjab and Chandigarh) Special Powers Act on 6 October 1983, to enable the central armed forces to operate in the state of Punjab and the union territory of Chandigarh during the militancy days.

The act was withdrawn in 1997, roughly 14 years after it came to force. Punjab was the first from where the act was repealed.

The act was enacted in Jammu and Kashmir due to extreme security instability in the area where it remains in force.

In the case of Naga People’s Movement of Human Rights vs. Union of India, the validity of AFSPA was challenged before the Supreme Court and the five-judge bench concluded that the act cannot be considered as a violation of the Constitution and the powers conferred under the section 4 and 5 of the act are not arbitrary and unreasonable and therefore not in violation of the provisions of the Constitution.

On November 19, 2004, the Central government appointed a five-member committee headed by Justice BP Jeevan Reddy to review the provisions of the act in the northeastern states.

The Committee had recommended a complete repeal of the law. “The Act is a symbol of hate, oppression, and an instrument of high-handedness,” it said.

The committee submitted its report in 2005, which included the following recommendations:

The 5th report of the Second Administrative Reforms Commission on public order has also recommended the repeal of the AFSPA.

In 2016, the Supreme Court concerning internal security had ruled that the armed forces cannot escape investigation for excesses committed in the discharge of their duties even in ‘disturbed areas’. In other words, legal protection offered by the AFSPA cannot be absolute.

The AFSPA was repealed in Tripura in 2015, and the Centre also removed Meghalaya from the list, while also restricting its use in Arunachal Pradesh in 2018.

What are the ground rules of the act?

Why is the AFSPA being opposed?

The Act has been called draconian as it gives sweeping powers to the armed forces. It allows them to open fire’, even causing death, against any person in contravention to the law or carrying arms and ammunition.

The Act further provides blanket immunity to security personnel involved in such operations: There can be no prosecution or legal proceedings against them without the prior approval of the Centre.

Points in favor of the AFSPA:

The status quo of the act is no longer the acceptable solution due to numerous human rights violation incidents that have occurred over the years. The AFSPA has become a symbol of oppression in the areas it has been enacted. Hence the government needs to address the affected people and reassure them of favourable action.

The army fights high-intensity conflicts hence it is important to garner support from the people of the region to fight terrorism and insurgent activities. The armed forces must build the necessary trust amongst the locals to ensure their support in countering insurgency.

The state bureaucracy, army, and the grass-root civil society organization should come together in the developmental activities of the state hence making the law a positive aspect for the society there.

The government should consider the imposition and lifting of AFSPA on a case-by-case basis and limit its application only to a few disturbing districts instead of applying it for the whole state. The government and the security forces should also abide by the guidelines set out by The Supreme Court, Jeevan Reddy Commission, and the NHRC.

ClearIAS has helped many achieve their dream. We can help you too to succeed.