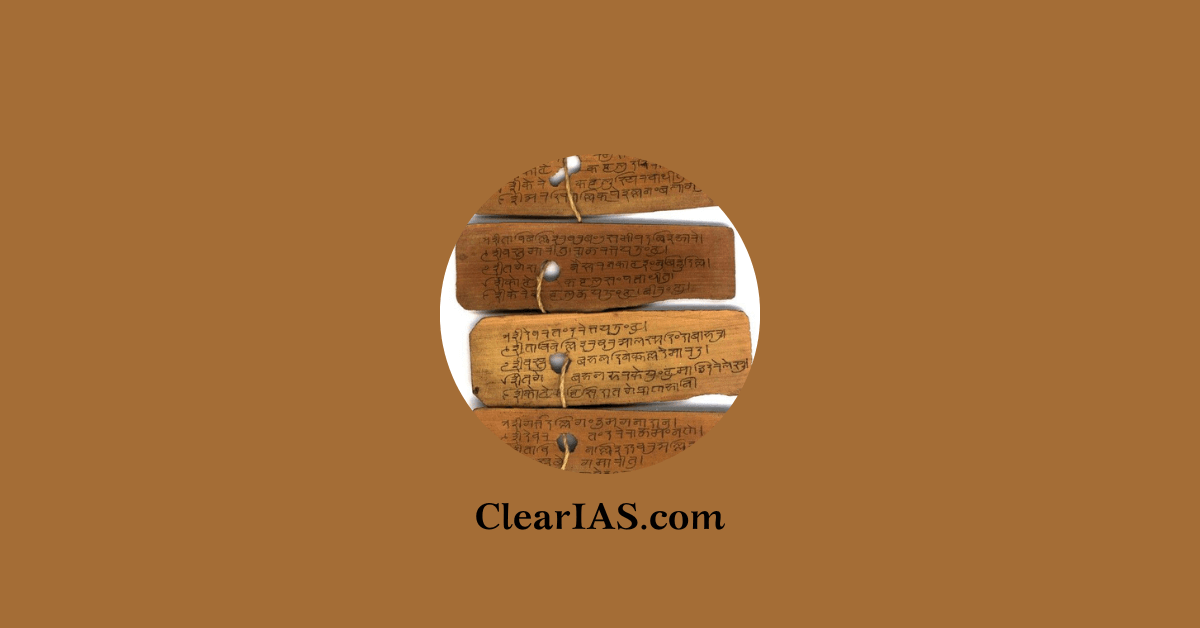 The apex of Indian culture has been ancient literature, which demonstrates the masters’ wide range of aptitude and expertise. Do you know the history of ancient literature? What are the main topics discussed by them? What is their classification? What is the importance of Ancient literary works? Read the article to know more about Ancient Indian Literature.

Perhaps no other region in the world has created such a substantial amount of literature about knowledge and wisdom than India. For more than 300 years, Sanskrit—first in its Vedic form, then in its classical form—dominated India’s literary tradition

Indian literature spans a variety of literary forms, including epics, songs, dramatic and didactic poetry, narrative and scientific writing, as well as oral poetry and music. Two ancient Indian epics are the Ramayana and the Mahabharata. Prior to the Gupta dynasty, a lot of secular literary works were produced. During this time, poetry and drama were in their prime.

The principal topics of these works included political events, allegories, comedies, romances, and philosophical issues. In Southern India, ancient Indian writings were written in Tamil, Telugu, Kannada, and Malayalam, four Dravidian languages that also established their own literature and script.

The earliest of these, with literature from the first decades of the Christian era, is Tamil. Three Sangams (meetings of poets and writers) held at separate eras resulted in this development. Sangam literature frequently explores the topics of politics, love, and war.

There are two types of Vedic literature:

Shruti literature– The term “Shruti Literature” refers to the sacred texts, which include the Vedas, Brahmanas, Aranyakas, and Upanishads and is derived from the word “Shruti,” which means “to hear.”Since it is canonical, contains revelation, and contains unquestionable truth, shruti literature is regarded as eternal.

Smriti literature– The word “Smiriti,” which refers to supplementary information that could change over time, literally means “to be remembered.”Vedanga, Shad Darshana, Puranas, Itihasa, Upveda, Tantras, Agamas, and Upangas are all part of the Smriti literature.

They helped Hinduism develop from the ancient Vedic faith. In Sanskrit, the word “Purana” literally translates as “to resurrect the old.”Most likely during the third and eleventh centuries AD, the Puranas were written.

The literature of the Puranas is broad and addresses a variety of subjects, including but not limited to:

They were written in order to show the populace the veracity of the Vedas. The Puranas impart philosophical and theological principles via well-known folklore and mythological tales.

The Puranas contain numerous tales and anecdotes from India’s religious, social, and cultural past when paired with the Ithihas (Ramayana and Mahabharata).

Based on the writings of Lomaharshana (a Ved Vyasa), the 18 Upa Puranas

Some of the ancient Indian literary works include the following:

In its broadest sense, Indian literature encompasses both religious and commonplace writing, epic and lyric poetry, dramatic and didactic poetry, narrative and academic prose, as well as oral poetry and music. There is perhaps no other region of the world that has produced such a vast array of knowledge and wisdom books. Indian literature from the past is both beautiful and challenging to read and comprehend.