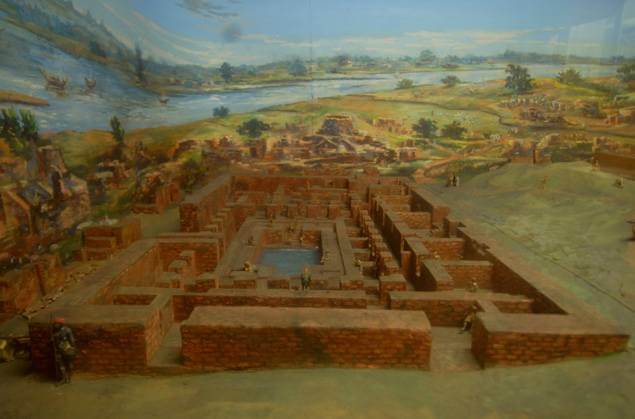 Indus Valley Civilization was the first major civilization in South Asia,  which spread across a vast area of land in present-day India and Pakistan (around 12 lakh sq.km).

The religion of Indus Valley People

Though there are various theories, the exact reason is still unknown.

As per a recent study by IIT Kharagpur and the Archaeological Survey of India, a weaker monsoon might have been the cause of the decline of the Indus Valley Civilization.

Environmental changes, coupled with a loss of power of rulers (central administration) of Indus valley to sustain the city life might be the cause (Fariservis Theory).

There might be a resource shortage to sustain the population, and then people moved towards south India.

Another theory by Dr Gwen Robbins Schug states that inter-personal violence, infectious diseases and climate change had played a major role in the demise of the Indus Valley Civilization.