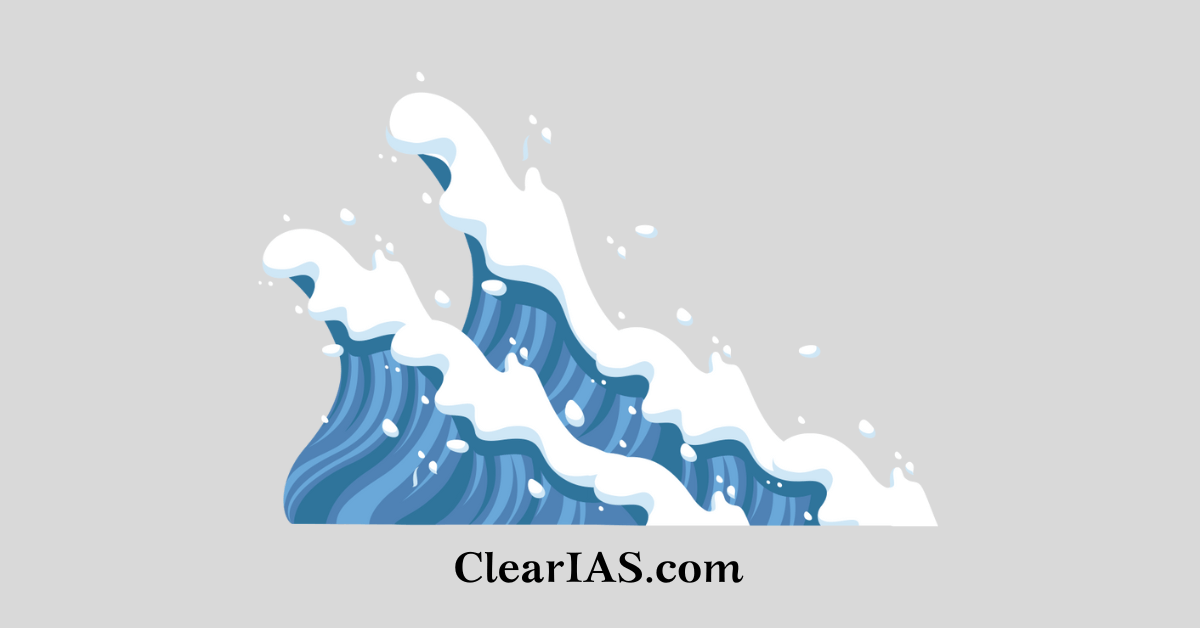 All of us know about ocean currents and their impacts on the environment as well as on humans. But do you know how are they different from ocean circulations? Are you aware of Atlantic meridional overturning circulation? Read further to know more.

The extensive, interconnected network of water currents in the oceans is known as ocean circulation.

It includes both surface and deep currents.

Atlantic meridional overturning circulation (AMOC) is one such example of ocean circulation.

The Atlantic Meridional Overturning Circulation (AMOC) is a major ocean current system that transports warm surface waters from the tropics toward the northern Atlantic and colder deep waters that are part of the thermohaline circulation, southward. One of the main ways the ocean circulates heat, salt, carbon, and nutrients throughout the world’s oceans is through overturning circulation.

Now you might be wondering what is thermohaline circulation. Let us quickly look into it and come back to AMOC.

What is thermohaline circulation?

The thermohaline circulation, also known as the ocean’s conveyor belt, is part of the ocean circulation and is powered by temperature and salinity differences causing density differences. These are deep ocean currents occurring thousands of meters below the sea surface.

It leads to intermixing of salt and heat. Thus, it effectively describes a driving mechanism.

Now let us come back to Atlantic meridional overturning circulation. We shall discuss in detail the working of AMOC. 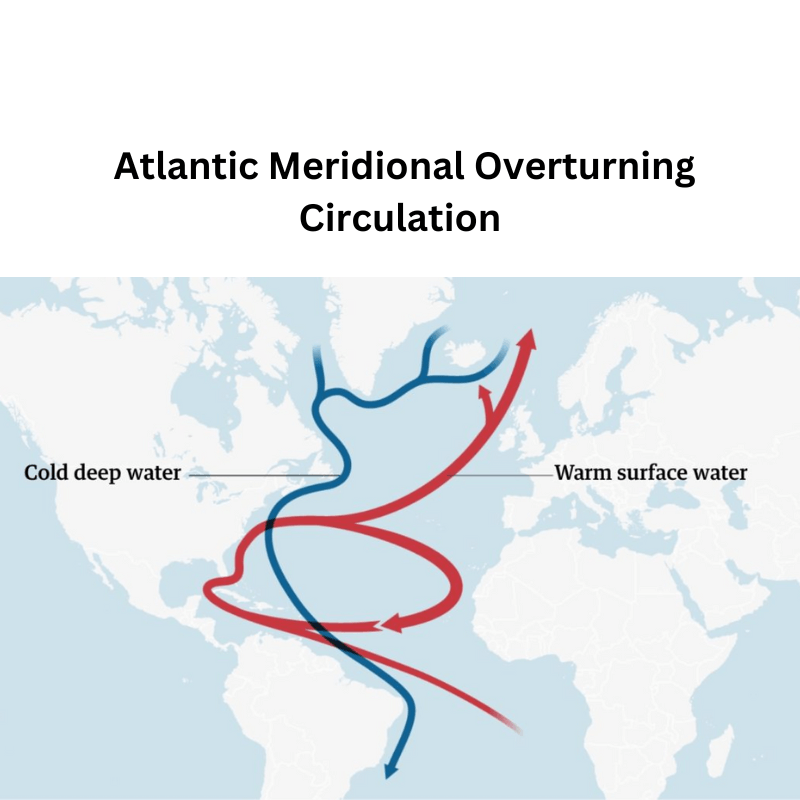 Is the AMOC slowing down?

According to the IPCC’s Report (AR6), it is very likely that AMOC will decline over the 21st century.

This is due to the fact that as the atmosphere heats, the surface ocean below it holds onto more heat. Meanwhile, the ocean gets fresher due to increases in rainfall and ice melt. All of these modifications lighten the ocean water, which lessens the sinking in the “conveyor belt”.

This results in a weaker AMOC. The AMOC will therefore most certainly diminish. But it is quite improbable that it would undergo the kind of huge, abrupt shifts in the 21st century as have been observed in the past.

Consequences of a slowing AMOC?

Slowing down of the AMOC would have the following consequences:

Impact of the Indian Ocean

As it travels north through the AMOC, this saltier water will cool considerably more quickly than usual and sink more quickly. However, it’s unclear how long the Indian Ocean’s increased heat will last, according to scientists.

The advantage for AMOC will end if warming in other tropical oceans, particularly the Pacific, catches up with that in the Indian Ocean.