ClearIAS » Geography Notes » Insolation and Heat Balance of the Earth

In the previous article, we have discussed the composition and structure of the earth’s atmosphere. The atmosphere is essential for the survival of plant and animal life. They also require the optimum temperature to keep themselves warm and grow. In this article, we are going to discuss in details about some of the topics like insolation, terrestrial radiation, heat budget of the earth, albedo, etc. 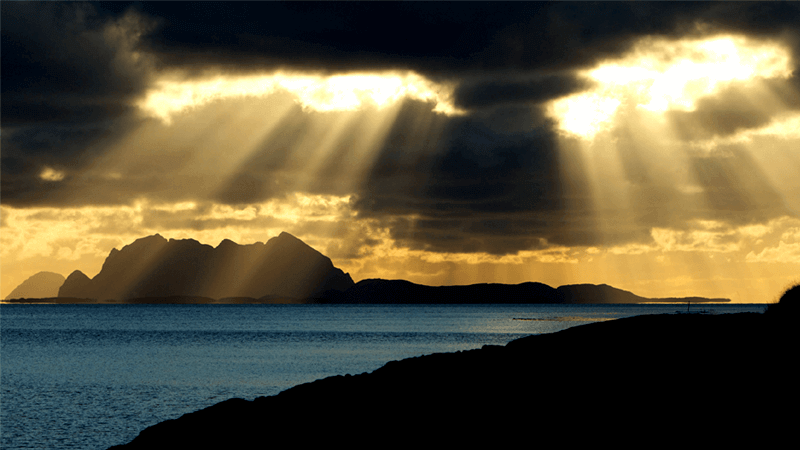 1. Rotation of the earth on its axis 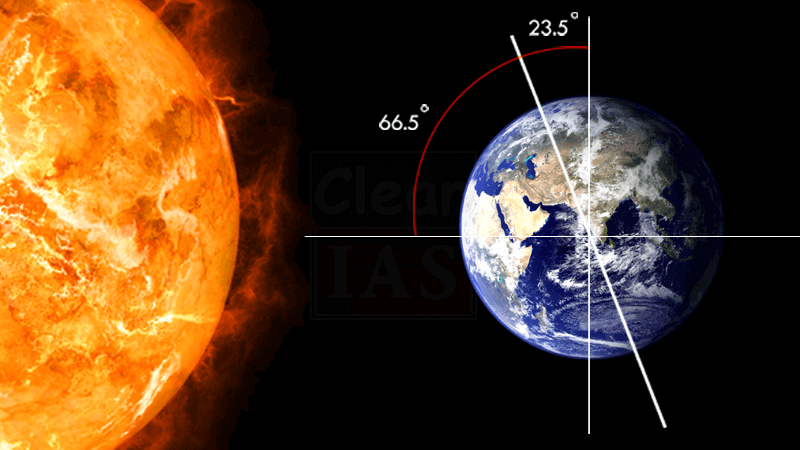 2. The angle of incidence of the sun’s rays 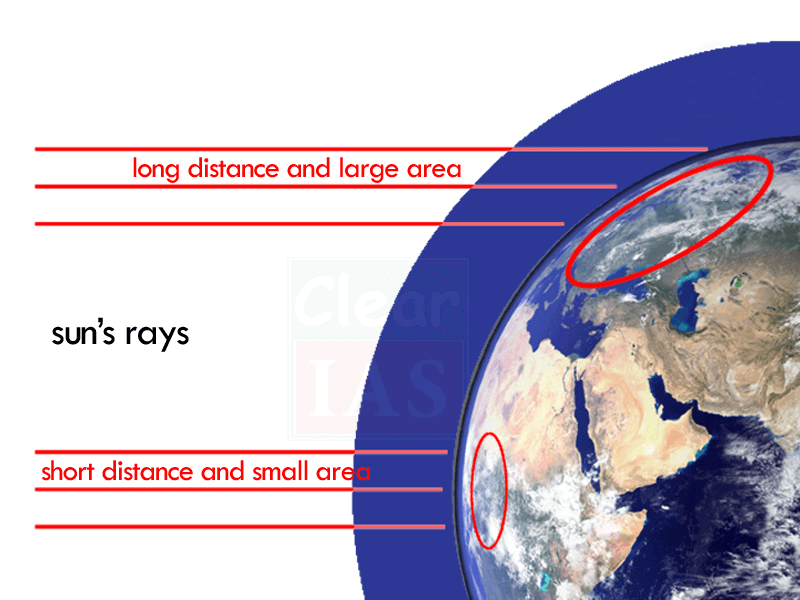 3. Duration of the day

4. Transparency of the atmosphere 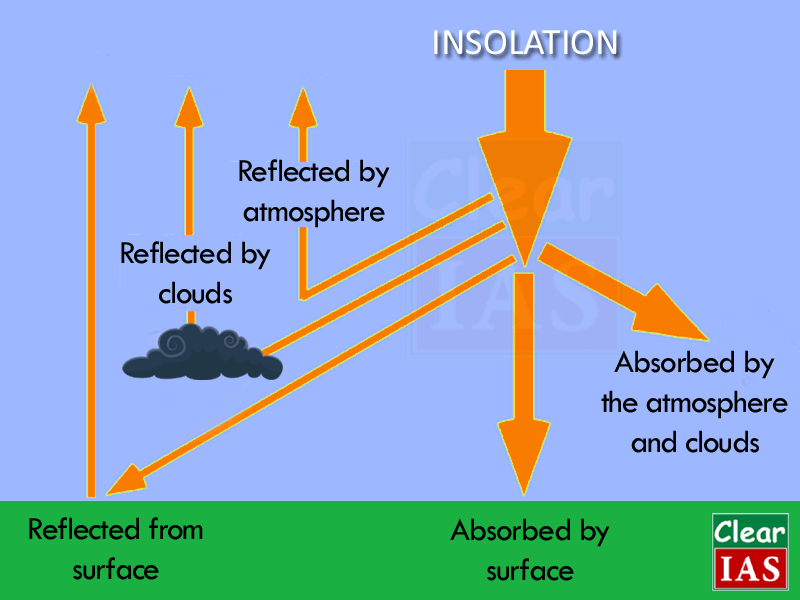 Note: Maximum insolation is received over the subtropical desert, where the cloudiness is the least. The equator receives comparatively less insolation than the tropics. Generally, at the same latitude, the insolation is more over the continent than over the oceans. In winter, the middle and higher latitudes receive less radiation than in summer.

Heating and Cooling of the Atmosphere

The sun is the ultimate source of atmospheric heat and energy. There are different ways of heating and cooling of the atmosphere. They are:

Before discussing terrestrial radiation, the following facts about radiation are worth noting.

i) All objects whether hot or cold emit radiant energy continuously.

iii) The temperature of an object determines the wavelength of radiation. Temperature and wavelength are inversely proportional. Hotter the object, shorter is the length of the wave. 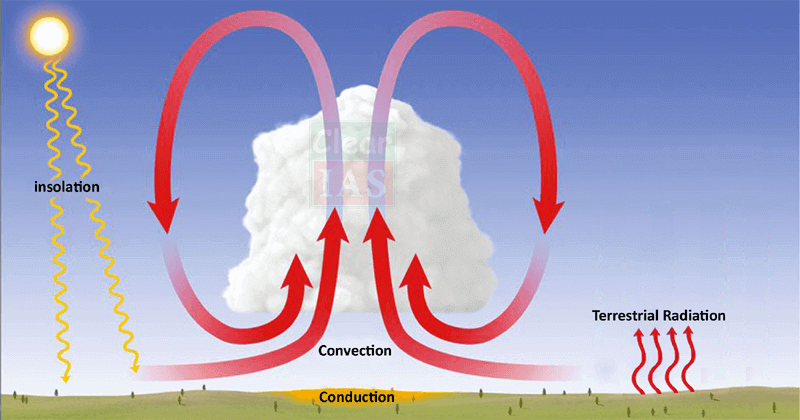 Heat Budget of the Earth 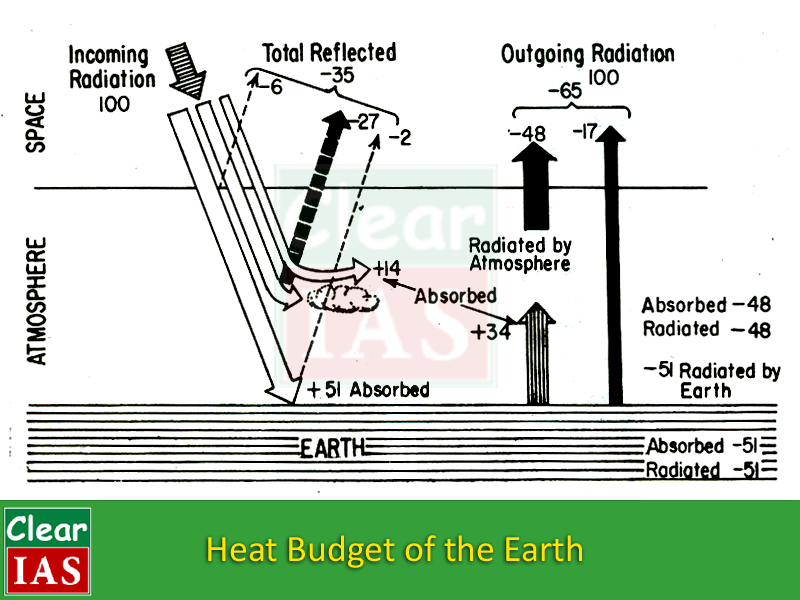 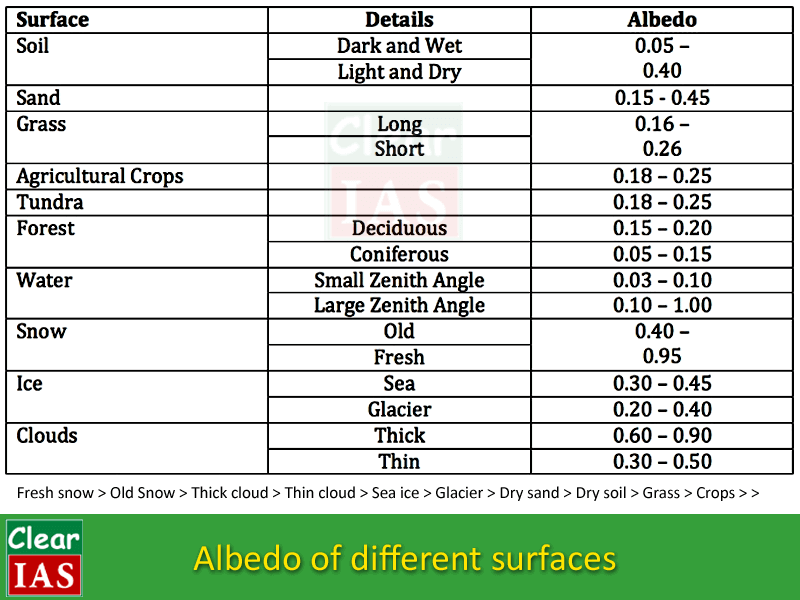 Variation in the net budget at the earth’s surface

Note: Topics like Temperature, Factors controlling Temperature and Distribution of Temperature will be covered in the next article.