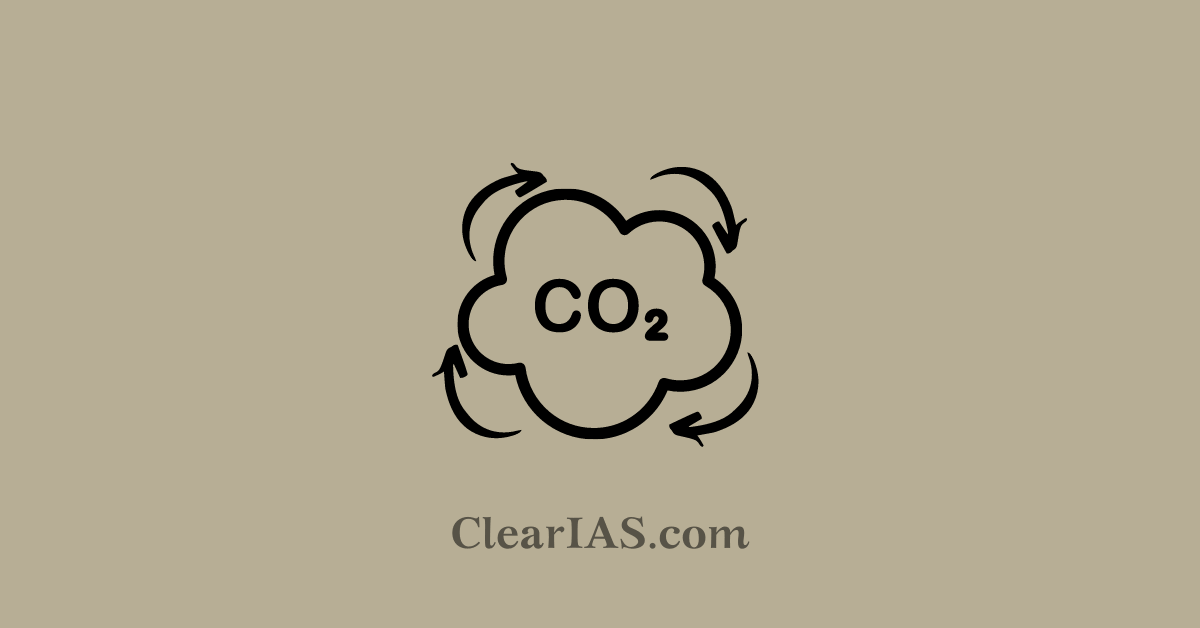 What is the carbon cycle? What is its role in nature? What is the importance of Carbon for living organisms? Read here.

Carbon is the foundation of all life forms on earth. Carbon is a minor constituent of the atmosphere but it is vital for carbon dioxide production, carbohydrates by photosynthesis. It anchors all organic substances from coal and oil to DNA. Carbon helps to regulate the Earth’s temperature, is a key ingredient in the food that sustains us, and provides a major source of energy to fuel our global economy.

The carbon cycle involves the exchange of carbon between the atmosphere and organisms. It is the biogeochemical cycle by which carbon is interchanged among the biosphere, hydrosphere, atmosphere, and geosphere of the Earth.

As our planet and its atmosphere form a closed environment, the amount of carbon in this system does not change. Wherever the carbon is located in the atmosphere or on Earth, it is constantly in flux or motion.

Most carbon on earth is stored in rocks and sediments, while the rest is located in the ocean, atmosphere, and living organisms. These are the reservoirs, or sinks, through which the carbon cycles.

In the ocean, carbon is continuously exchanged between the ocean’s surface waters and the atmosphere or is stored for long periods in the ocean depths as deposits of calcium carbonates.

What is Blue carbon?

Blue carbon is the term used for the carbon captured by the world’s ocean and coastal ecosystems. The Seagrasses, mangroves, salt marshes, and other systems along our coast are very efficient in storing CO2.

These areas absorb and store carbon at a much faster rate than other areas, like the forests, and can do so for millions of years hence the carbon found in coastal soil is often thousands of years old.

When these systems are damaged or disrupted by human activity, an enormous amount of carbon is emitted back into the atmosphere, contributing to climate change. 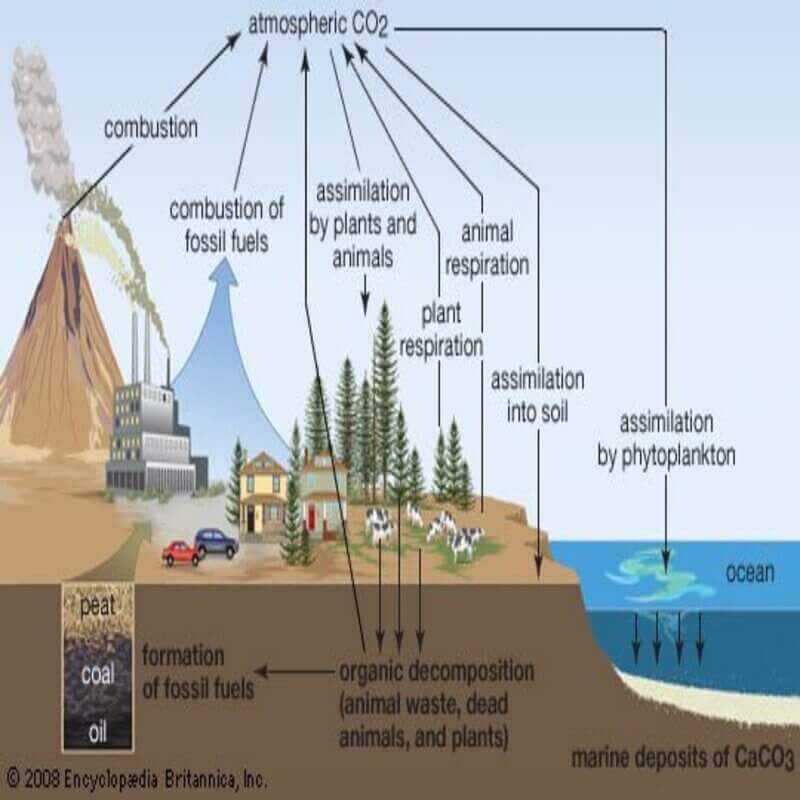 Human influence on the Carbon cycle:

Humans play a major role in the carbon cycle through activities such as the burning of fossil fuels or land development. This has resulted in a rapid increase in the carbon content of the atmosphere which is disrupting the cycle and balance nature had maintained.

The usage of halocarbons like chlorofluorocarbon, hydrofluorocarbon, and perfluorocarbon gases result in a buildup of relatively small concentrations (parts per trillion) but is responsible for almost 10% of the greenhouse effect.

The industrial revolution started adding to the carbon content through, numerous factories spewing smoke, and the excessive land use and plastic usage have amplified the effect of anthropogenic carbon emission resulting in climate change.

1. Which of the following adds/add carbon dioxide to the carbon cycle on the planet Earth? (2014)