ClearIAS » Science and Technology Notes » Carbon and its Allotropes 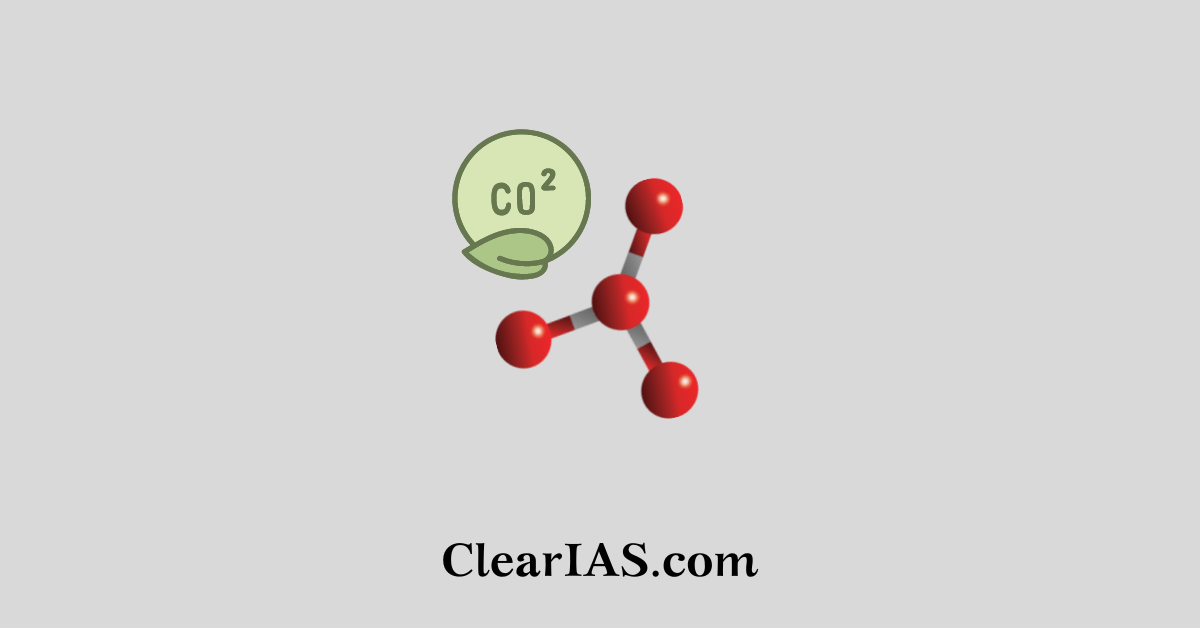 What is an allotrope? What are the different allotropes of carbon? What properties make them differ? What are its uses? To answer these questions read below.

What is the one thing that is common to the computer screen you are reading this article on, the clothing you are wearing, the food you are eating, and even the vehicle you are riding in?

All of them contain some form of carbon. Actually, carbon makes up all organic matter. For this reason, the study of carbon and its constituents becomes so significant.

The element carbon is the seventeenth most prevalent in the crust of the earth. It can be found in the bodies of many non-living creatures in addition to plants, animals, and all other living things.

It is present in the atmosphere as CO2. It produces the many different chemicals.

In a separate branch of chemistry called organic chemistry, compounds containing carbon are explored. It can be found both free and mixed.

What is an Allotrope?

An element can exist in more than one physical form. The different arrangements of atoms in an element is known as an Allotrope.

Allotropes of pure carbon include diamond, graphite, and fullerenes (which include nanotubes and “buckyballs” like buckminsterfullerene). Read more about carbon and its allotropes.

One large carbon atom molecule makes up a diamond. Diamonds are clear and without colour. They are called lustrous because they sparkle and reflect light. They are desirable in jewellery because of these qualities.

Diamond has a high melting point and is extremely hard. This makes it an excellent material for cutting tools. Diamond tips are utilised on the cutting edges of discs used to cut concrete and masonry. Diamonds are used to make heavy-duty drill bits so that they can be made to drill through rocks and remain sharp for a longer period of time.

Diamond is not soluble in water.  Electricity cannot flow through it. Four powerful covalent bonds connect every atom in a diamond to its neighbours, leaving no free electrons or ions. This is the reason why diamond does not conduct electricity.

The bonding also explains diamond’s high melting temperature and hardness. Atoms that are that tightly bound together would require a significant amount of energy to separate.

Carbon atoms are arranged in layers in graphite.

Black, glossy, and opaque characterize graphite. It lacks transparency. Additionally, it is a very slippery substance. Layers easily slip onto the paper, producing a black imprint, hence it is utilised in pencil leads. It is a part of various lubricants, such as chain oil for bicycles.

Water does not dissolve graphite. It is a good conductor of electricity and has a high melting point, making it a desirable material for the electrodes required in electrolysis.

Three powerful covalent connections hold each carbon atom to its layer. Each atom now has an extra electron, and these extra electrons combine to produce a delocalized “sea” of electrons that loosely holds the layers together. Graphite is a strong electrical conductor because these delocalized electrons can travel together.

But melting graphite is a difficult task. The strong covalent connections must be broken with a lot of energy in order to separate the carbon atoms.

The third crystalline form of carbon is called fullerene. Despite their recent discovery, they have been found to occur in interplanetary dust as well as in the earth’s geological formations. Some typical  fullerenes are C-32, C-50, C-70, and C-76.

The molecular-scale tubes of carbon that make up nanotubes, a kind of fullerene, are stacked in layers similar to those seen in graphite.

Due to the strong covalent connections that connect each carbon atom to three others, carbon nanotubes have an extremely high melting point. Additionally, each carbon atom now has an extra electron, resulting in a sea of delocalized electrons inside the tube, which allows nanotubes to conduct electricity.