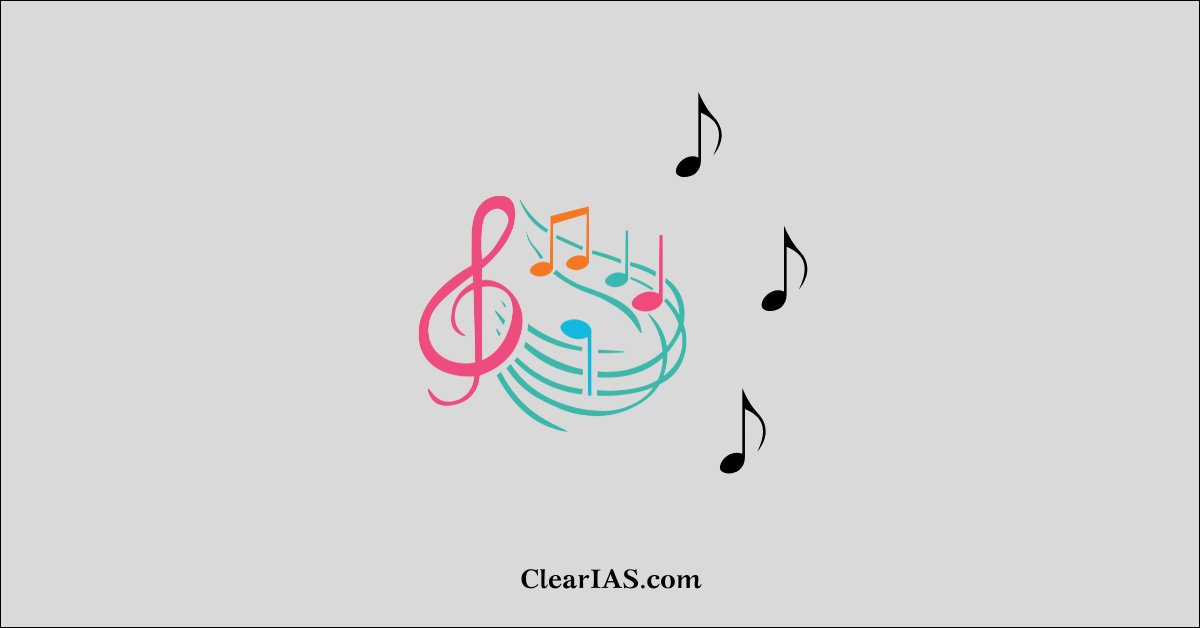 We love to hear music right? Some of us are singers too. Do you wish to know more about music and its classification? Read more about this topic.

Do you know the difference between Carnatic and Hindustani music?

Are there any similarities between them?

‘Naad’ is the basis of all creations.

Samaveda has 7 notes and its upaveda is Gandharva Veda.

In the later Vedic period Ritualistic music is prevalent.

Major Periods in the History of Indian Music

During the medieval period, Indian classical music is generally classified as Carnatic music in south India and Hindustani music in north India.

The main pillars of music are Swara, Raga, and Taala.

Swara: Pitch or tone, musical notes. Out of 22 notes, 12 mains are called Swarasthana, and the rest are played in Ragas.

Raga: Basis of melody. Every raga has atleast 5 swaras. A Combination of swaras leads to a composition that generates a melody.

Taala: Basis of rhythm. It is a grouping of beats.

To know more about Indian culture and heritage click here.

Similarities between Hindustani and Carnatic Music:

Differences Between Hindustani and Carnatic Music: