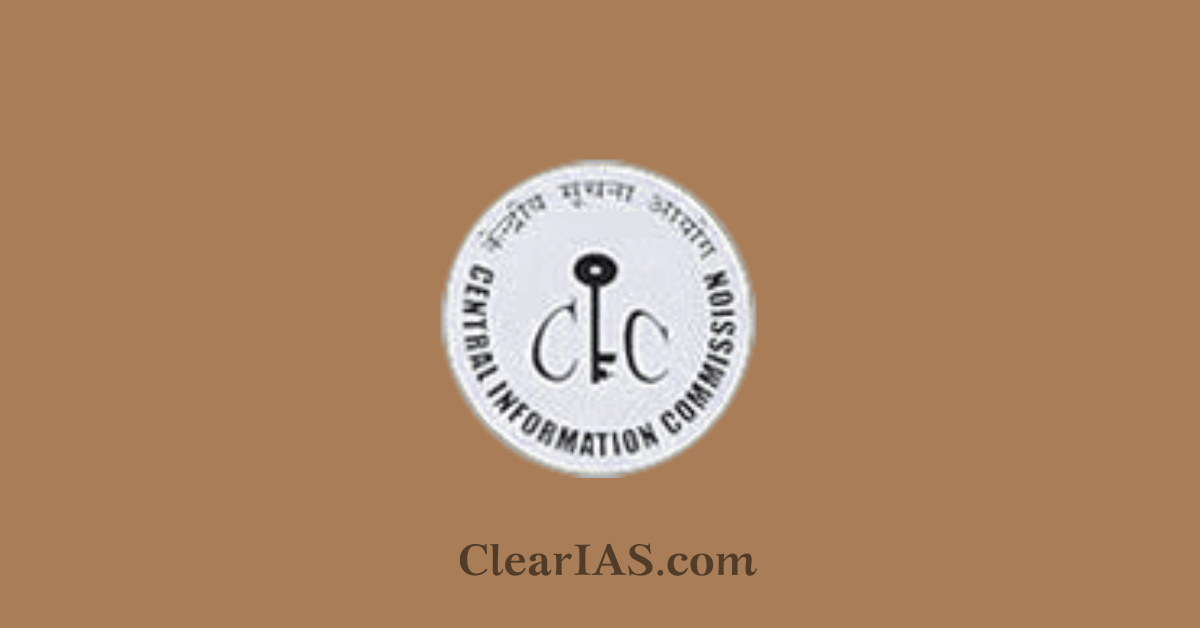 The Central Information Commission (CIC) is an important aspect of the good governance of the country. Read here to know more about CIC.

The Central Information Commission was constituted in 2005 under the Right to Information Act, 2005. It is not a constitutional body.

The jurisdiction of the Commission extends over all Central Public Authorities.

The commissioners are appointed by the President on the recommendation of a committee consisting of:

Term of office and other service conditions of CIC and IC:

Power and Functions of the Central Information Commission

The decisions of the Commission are final and binding.

To play a dynamic role in ensuring effective and efficient participation of all the stakeholders as envisaged by the RTI Act, through the exercise of powers conferred on, and by performing functions assigned to the Central Information Commission in an accountable, responsive, and transparent manner.

CIC’s mission is to ensure smoother and greater access to information envisaged under the RTI Act, to Indian citizens through a citizen-centric approach

The issues mentioned above need to address to ensure people’s trust and good governance.

The Supreme Court also has pointed out the long-term vacancies in the commission and directed the state and central commissions to fill vacancies in a transparent and timely manner.

The CIC needs to get updated in terms of digitization and proper management of records to ensure remote access to conduct hearings and appeals.