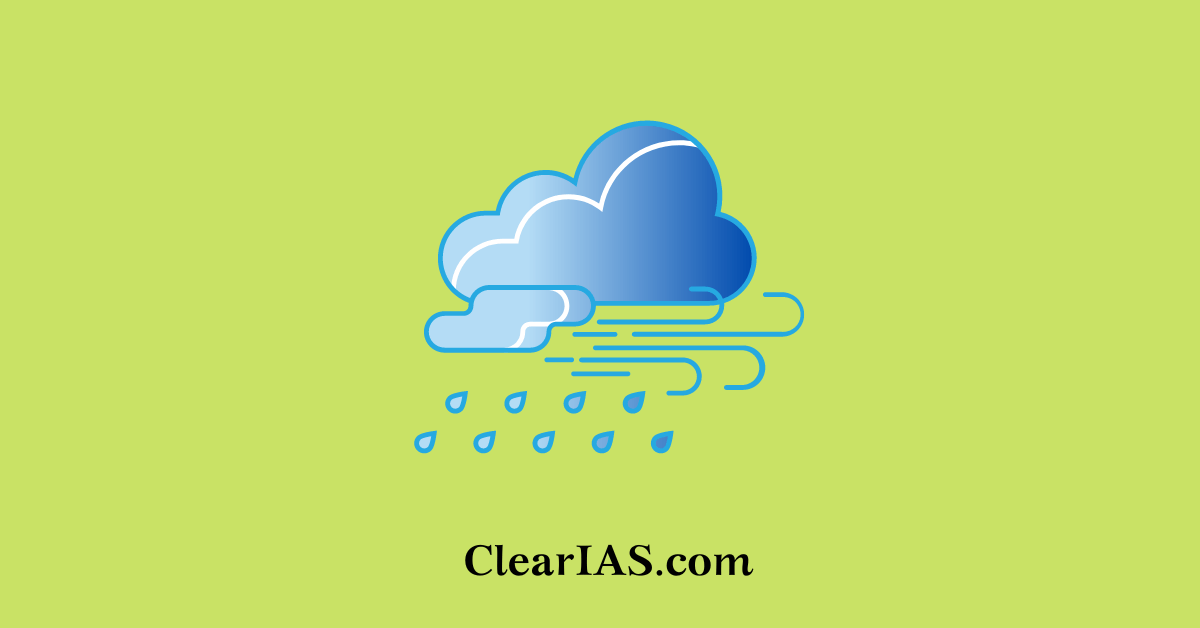 We have often heard about cloudburst occurrences in states like Himachal Pradesh and Uttarakhand. It causes the widespread destruction of both human and material resources. What is the cause of cloudbursts? How is it different from rainfall? Read to know more.

Natural disasters are associated with the negative impacts of a natural hazard.

Short spells of very heavy rainfall over a small geographical area can cause widespread destruction, especially in hilly regions.

Not all instances of very heavy rainfall, however, are cloudbursts. To understand the difference let us dive deep into the topic.

A cloudburst is a localized but intense rainfall activity. It has a very specific definition: Rainfall of 10 cm or more in an hour over a roughly 10 km x 10 km area is classified as a cloudburst event. By this definition, 5 cm of rainfall in a half-hour period over the same area can also be categorized as a cloudburst. From this, it is clear that cloudbursts are different from rainfall.

Atmospheric changes during the occurrence of a cloudburst

How common are they?

Cloudbursts are not uncommon events, particularly during the monsoon months. Most of these happen in the Himalayan states where the local topology, wind systems, and temperature gradients between the lower and upper atmosphere facilitate the occurrence of such events. Some of the recent instances of cloudbursts are:

Consequences of a heavy downpour

Can we forecast sudden rains?

The India Meteorological Department (IMD) forecasts rainfall events well in advance, but it does not predict the quantum of rainfall. The forecasts can be about light, heavy, or very heavy rainfall. But weather scientists do not have the capability to predict exactly how much rain is likely to fall at any given place.

Additionally, the forecasts are for a relatively large geographical area, usually a region, a state, a meteorological sub-division, or at best a district. As they zoom in over smaller areas, the forecasts get more and more uncertain. Theoretically, it is not impossible to forecast rainfall over a very small area as well, but it requires a very dense network of weather instruments and computing capabilities that seem unfeasible with current technologies.

There is no definitive evidence that suggests that cloudbursts are increasing due to climate change. However, as we have been witnessing, the intensity of heavy rainfall occurrences in a short spell of time has been increasing. That means that the wet spells are very wet, and are interspersed with prolonged dry spells even in the rainy season.

This kind of pattern, attributed to climate change, does suggest that cloudburst events might also be on the rise.