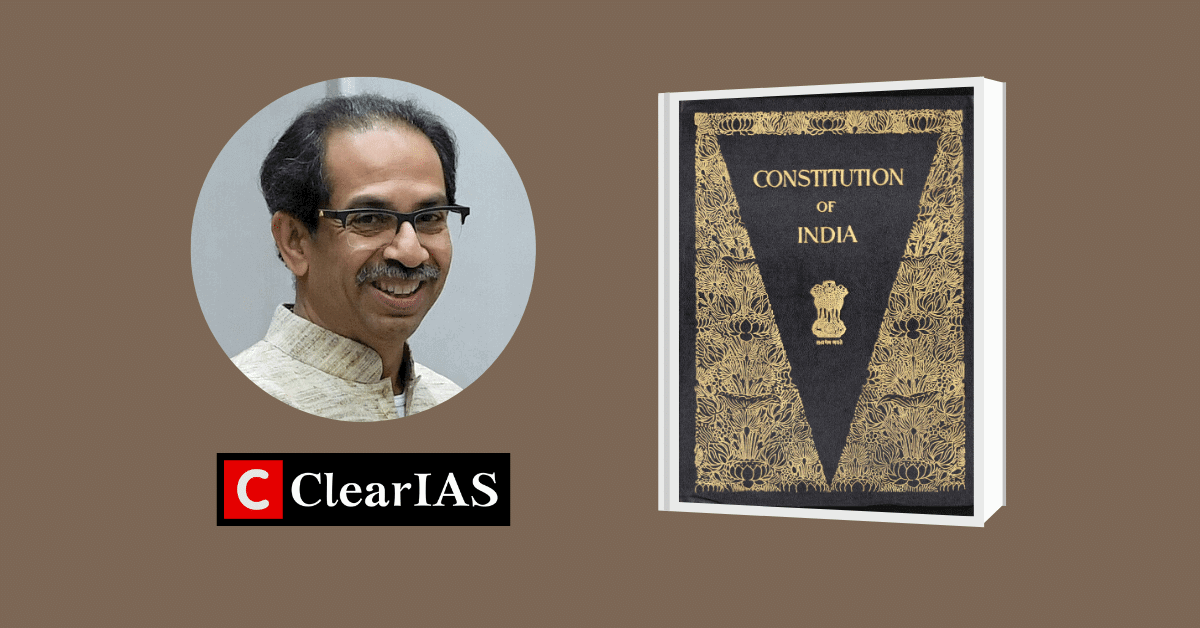 In political science, a constitutional crisis is a fundamental problem in the state-functioning that the constitution is unable to resolve.

A constitutional crisis had emerged in Maharashtra when the Election Commission postponed all elections including those to the Rajya Sabha, all byelections and civic body elections in the wake of COVID- 19 pandemic.

The Constitutional Crisis was primarily due to the fact that Maharashtra CM Uddhav Thackeray took the oath of his office on November 28, 2019, without being a member of either the State Legislature or Council.

On April 9, the Maharashtra Cabinet had recommended to Governor Bhagat Singh Koshyari that Chief Minister Uddhav Thackeray should be nominated to one of the seats reserved for the Governor’s nominee in the state Legislative Council. But the Governor had not acted upon the advice for more than a fortnight perpetuating a constitutional crisis, even when the recommendation was repeated by the government on April 27.

Under Article 171(5), the Governor can nominate “persons having special knowledge or practical experience in respect of. literature, science, art, co-operative movement, and social service.”

The interpretation of the word ‘social service’ has given it a wide meaning in this regard. The Allahabad High Court has ruled in Har Sharan Varma vs Chandra Bhan Gupta And Others (February 15, 1961), that even politics can be seen as ‘social service’.

Role of the Governor

Two Legislative Council seats in the Governor’s quota were vacant. Section 151A of Representation of the People Act 1951 prohibits the filling of a vacancy if “the remainder of the term of a member concerning a vacancy is less than one year”. The tenure of the two vacancies that arose on the account of resignations by members recently ends in June and hence the remainder of the term is less than a year.

However, this bar is in respect of by-election to fill a vacancy and not a nomination. Hence the nomination cannot be refused because of this reason.

Averting the Constitutional Crisis in Maharashtra

Uddhav Thackeray became a Member of the Maharashtra Legislative Council after he was elected unopposed in the election.

These events need to be seen in the extraordinary context caused by COVID-19 spread. India is facing one of its biggest health crises and the state of Maharashtra is the worst affected due to the highest caseload and death tolls. Political uncertainty or a leadership vacuum will make the health crisis out of control.

The Election Commission has taken an onerous task by holding an election in the middle of the pandemic.

The risks were commensurate with the rewards as Maharashtra cannot afford any sort of political uncertainty at this moment.

There are upcoming Assembly elections for Bihar, West Bengal, Assam, Kerala, Tamil Nadu and Puducherry which is due to be held within one year.

The EC can postpone elections to the Lok Sabha and State Legislative Assemblies for a period of only six months as the Constitution under Article 85(1) and Article 174(1) has set the limit between two sessions of the House or Legislative Assembly respectively.

The EC can draw inspiration from South Korea which held a national election during the coronavirus epidemic, maintaining all precautionary measures.

Probable Question from this topic