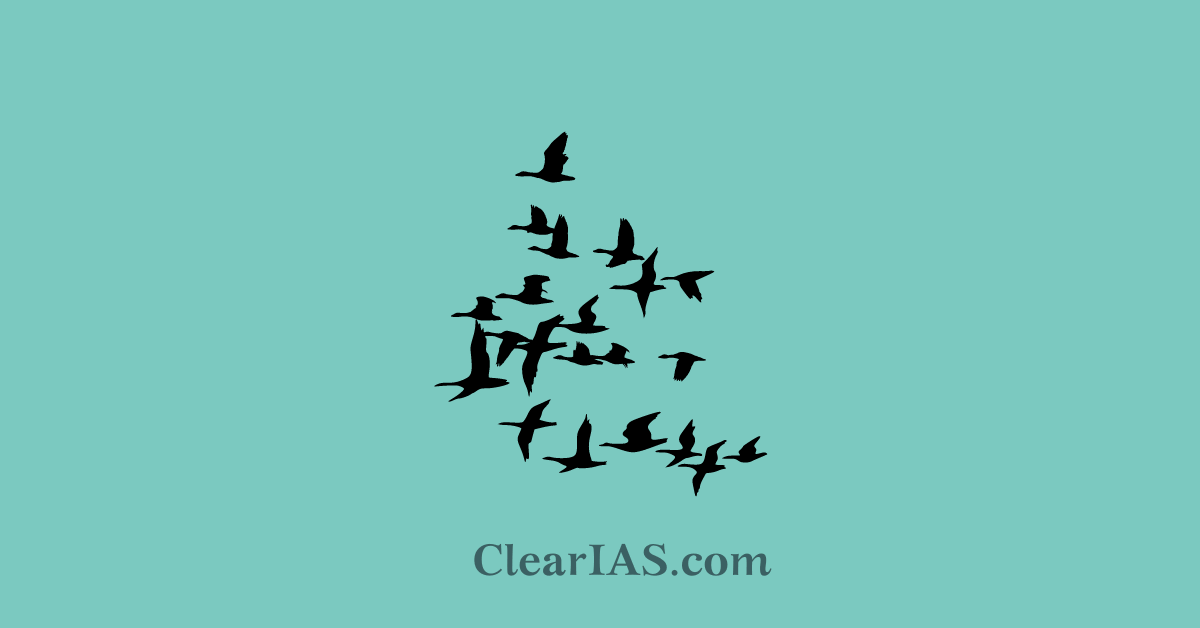 The Convention on Migratory Species or the Bonn Convention is an environmental treaty of the UN. It is a global platform for the conservation and sustainable use of migratory animals and their habitats. Read here to understand more about CMS.

The CMS or Bonn Convention or Convention on the Conservation of Migratory Species of Wild Animals is a global agreement to protect migratory species across the entirety of their ranges.

The agreement, which was sealed by the United Nations Environment Program (UNEP), addresses the global conservation of species and habitats.

The CMS provides a global platform for the preservation and sustainable use of migratory animals and their habitats as a United Nations environmental treaty.

The CMS establishes the framework for globally coordinated conservation efforts across a migratory range by uniting the States that migratory animals travel through, known as the Range States.

It is the only global convention specializing in conserving migratory species, their habitats, and migration routes.

CMS complements and co-operates with several other international organizations, NGOs, and partners in the media as well as in the corporate sector.

Migratory species threatened with extinction are listed in Appendix I of the Convention.

Migratory species that need or would significantly benefit from international cooperation are listed in Appendix II of the Convention.

CMS acts as a framework Convention- the agreements may range from legally binding treaties (called Agreements) to less traditional instruments, such as Memoranda of Understanding. They can be adapted to the requirements of particular regions.

The development of models tailored according to the conservation needs throughout the migratory range is a unique capacity of CMS.

As of 1st March 2022, the Convention on Migratory Species has 133 Parties.

According to CMS, a species or lower taxon of wild animals of which the entire population or any geographically separate part of the population cyclically and predictably cross one or more national jurisdictional boundaries.

The goal of this international campaign is to increase public awareness of migrating birds, the necessity for their conservation, and the significance of protecting their habitat.

It is celebrated twice a year.

The World Migratory Bird Day is organized by a collaborative partnership among two UN treaties:

Along with the non-profit organization, Environment for the Americas (EFTA).

The 2022 global campaign is being actively supported by other dedicated organizations, including the East Asian Australasian Flyway Partnership (EAAFP) and BirdLife International (BLI).

The theme of World Migratory Bird Day 2022 is “Light Pollution”

CMS is addressing the growing issue of light pollution on migratory birds and actions on a global scale to help migrate these birds safely.

According to CMS, “light pollution refers to artificial light that alters the natural patterns of light and dark in ecosystems”.

Artificial lights are the root of serious dangers to migratory birds, including:

India and Convention on Migratory Species or the Bonn Convention

India is a signatory to the CMS. The CMS CoP-13 in 2020 at Gandhi Nagar, Gujarat. India will remain president of the CoP to Bonn convention till 2023.

India has also launched the National Action Plan for the conservation of migratory species under the Central Asian Flyway.

India is a temporary home to several migratory animals and birds.

The important among these include: