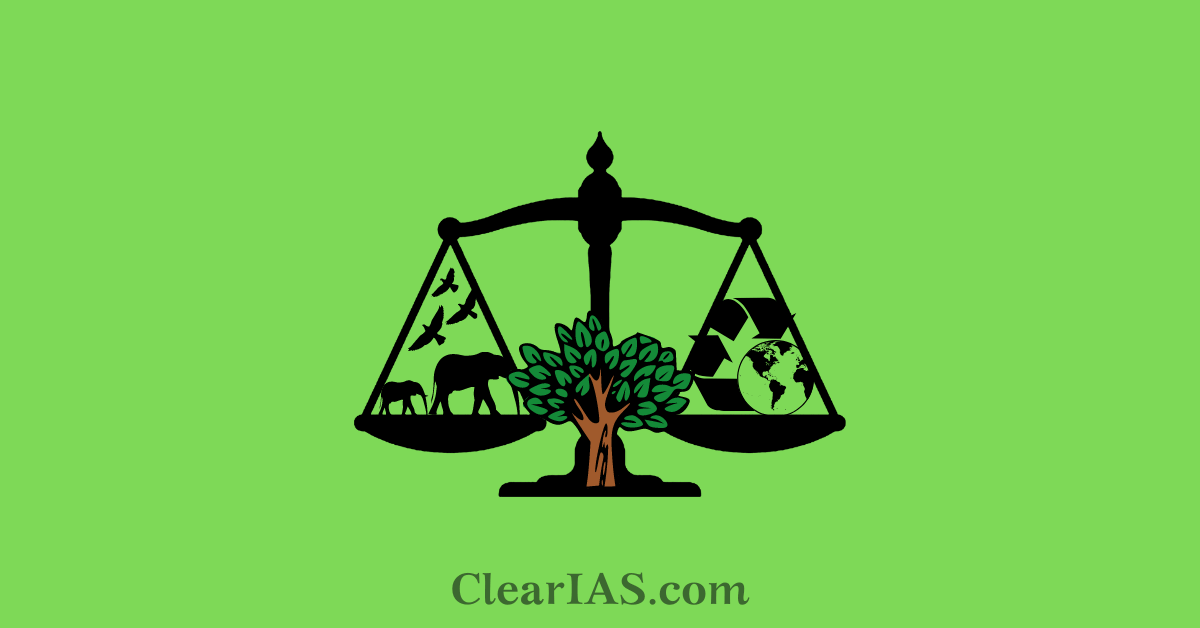 Environmental laws are an important part of any governance body. It comprises a set of laws and regulations concerning air quality, water quality, and other aspects of the environment.

The environmental laws in India are guided by environmental legal principles and focus on the management of specific natural resources, such as forests, minerals, or fisheries.

Environment protection is mentioned in the Indian Constitution as part of Directive Principles of State Policy as well as Fundamental Duties.

To protect and improve the natural environment including forests, lakes, rivers, and wildlife, and to have compassion for living creatures.

History of environmental laws in India:

The detailed and developed framework for environmental protection came after the UN conference on Human Environment in Stockholm, in 1972.

This led to the formation of the National Council for Environmental Policy and Planning in 1972 within the science and technology department.

This was set up to establish a regulatory body for the overview of the environmental-related issues and concerns.

This council was later converted to the Ministry of Environment and Forests.

The government of India has made numerous acts to protect the environment and biodiversity. The important and impactful environmental laws and acts are listed and explained below.

The Act provides for the protection of wild animals, birds, and plants; and for matters connected therewith or ancillary or incidental thereto. It extends to the whole of India.

It has six schedules that give varying degrees of protection:

Objective: To provide prevention and control of water pollution. Maintaining or restoring of wholesomeness and purity of water in the various sources of water.

CPCB and SPSB are statutory bodies created under the Water Act, 1974. It empowers CPCB and SPCB to establish and enforce effluent standards for factories discharging pollutants into water bodies.

CPCB performs these same functions for union territories along with formulating policies related to the prevention of water pollution and coordinating activities of different SPSBs.

The act targets to control and prevent air pollution in India and its main objectives are:

CPCB and SPCB were given the responsibility.

It empowers the state government to designate air pollution areas.

This was passed in the wake of the Bhopal gas tragedy in December 1984.

It was enacted to achieve the UN conference on the human environment, 1972- Stockholm declaration.

Statutory bodies under the EPA, 1986:

It set deadlines for phasing out of various Ozone Depleting Substances (ODSs) and regulating production, trade import, and export of the product containing ODS.

These rules prohibit the use of CFCs, halons, ODSs such as carbon tetrachloride and methyl chloroform, and SFC except in metered-dose inhalers and for other medical purposes.

It was notified based on the recommendations of the Shailesh Nayak Committee.

To promote sustainable development while taking into account the natural hazards such as increasing sea levels due to global warming.

To conserve and protect biodiversity besides livelihood security to local communities including the fishermen.

CRZs have been classified into 4 zones for regulation:

It was enacted as a step towards improving energy efficiency and reducing wastage. It specifies the energy consumption standards for equipment and appliances.

Bureau of energy efficiency (BEE) is a statutory body established under the act.

It was implemented to give effect to CBD, Nagoya Protocol.

To check biopiracy, protect biological diversity, and local growers through a three-tier structure of central and state boards and local committees.

The act recognizes and vests the forest rights and occupation in forest land in Forest Dwelling Scheduled Tribes (FDST) and Other Traditional Forest Dwellers (OTFD)who have been residing in such forests for generations. This act comes under the aegis of the Ministry of Tribal Affairs.

The act also establishes the responsibilities and authority for sustainable use, conservation of biodiversity, and maintenance of the ecological balance of FDST and OTFD.

It strengthens the conservation regime of the forests while ensuring the livelihood and food security of the FDST and OTFD.

It seeks to rectify colonial injustice to the FDST and OTFD who are integral to the very survival and sustainability of the forest ecosystem.

It gives FDST and OTFD the right to ownership of land farmed by tribals or forest dwellers subject to a maximum of 4 hectares.

Ownership is only for land that is being cultivated by the concerned family and no new lands will be granted.

To rehabilitation in case of illegal eviction or forced displacement and basic amenities, subject to restrictions for forest protection

It includes the right to protect, regenerate or conserve or manage any community forest resource which they have been traditionally protecting and conserving for sustainable use.

It was established in concurrence to Rio Summit 1992 to provide judicial and administrative remedies for the victims of the pollutants and other environmental damage.

It also agrees with article 21, the Right to a healthy environment to its citizens of the constitution.

The NGT has to dispose of the cases presented to it within 6 months of their appeals.

NGT has original jurisdiction on matters related to substantial questions of the environment.

NGT deals with the civil cases under the 7 acts related to the environment:

2 acts have been kept out of the jurisdiction of NGT:

The decisions of the NGT can be challenged in High Courts and the Supreme Court.

The CAF Act was enacted to manage the funds collected for compensatory afforestation which till then was managed by ad hoc Compensatory Afforestation Fund Management and Planning Authority (CAMPA).

As per the rules, 90% of the CAF money is to be given to the states while 10% is to be retained by the Centre.

At the national level, which ministry is the nodal agency to ensure effective implementation of the Scheduled Tribes and Other Traditional Forest Dwellers (Recognition of Forest Rights) Act, 2006?
(a) Ministry of Environment, Forest and Climatic change.
(b) Ministry of Panchayat Raj
(C) Ministry of Rural Development
(d) Ministry of Tribal Affairs.